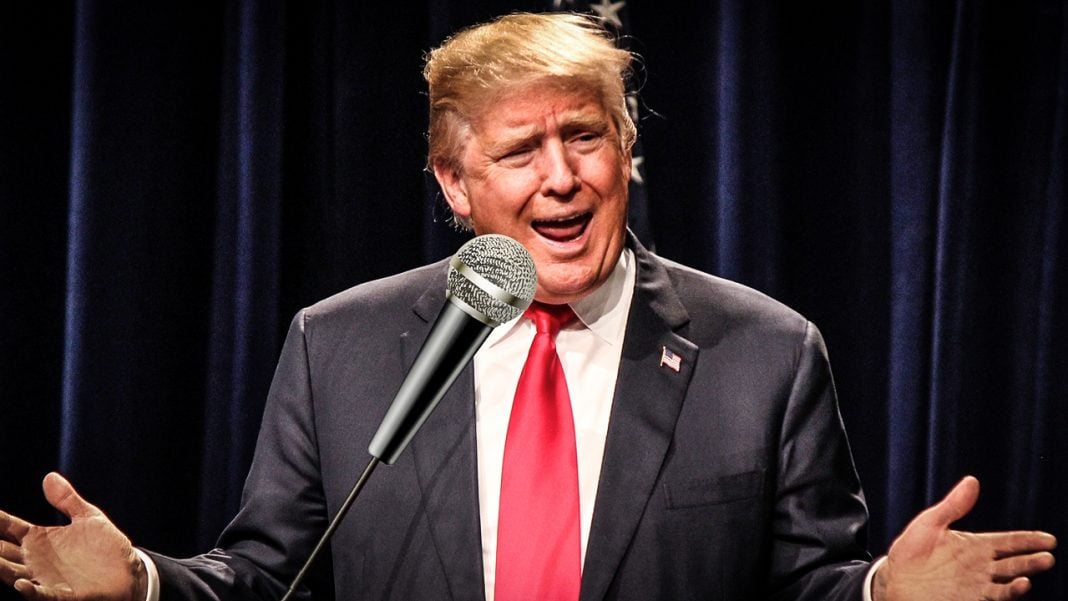 Nevermind what his attorneys, spokespeople, and advisers are trying their best to argue, President Trump wants you to know that his controversial executive order surrounding travel is indeed a BAN.

President Trump issued the remark on Twitter Monday morning in response to a continued debate about whether the Executive Order he issued in January – and which was revised in March – can be referred to as a “ban.”

People, the lawyers and the courts can call it whatever they want, but I am calling it what we need and what it is, a TRAVEL BAN!

Trump’s comments came in response to a series of attacks in London over the weekend, attacks for which ISIS has claimed responsibility, but which many questions still remain unanswered.

Though the President himself called it a ban more than once, those who attempt to clean up his messes have repeatedly argued (to great annoyance) that the press was wrong and misleading when they called it a ban.

Press Secretary Sean Spicer was one of the most vehement defenders of the order, chastising the press for referring to it as a ban because the U.S. was still allowing people into the country, just not from the selected nations.

Mr. Spicer may want to talk to his boss about that line of reasoning.

Trump’s critique of the coverage of his ban didn’t end there. He also criticized the issuing of a second, revised travel ban which he claimed was more politically-correct and watered down.

The Justice Dept. should have stayed with the original Travel Ban, not the watered down, politically correct version they submitted to S.C.

The President then advised the Department of Justice to re-issue the initial ban in order to be tough on terrorism.

The Justice Dept. should ask for an expedited hearing of the watered down Travel Ban before the Supreme Court – & seek much tougher version!

Part of the reason for such an insistent distinction is that in a court of law where the ban is currently being challenged, use of such extreme language is likely to contribute to the order’s blocking. By insisting that his order is indeed a ban, Trump is working against the revised language of the second order and all but guaranteeing that it will be shot down by the Supreme Court.

There are many times where Trump’s big mouth explicitly work against his own agenda, but this may be the most gross example yet. As it turns out, Trump’s loose lips have most certainly guaranteed the sinking of the Muslim ban ‘ship.’