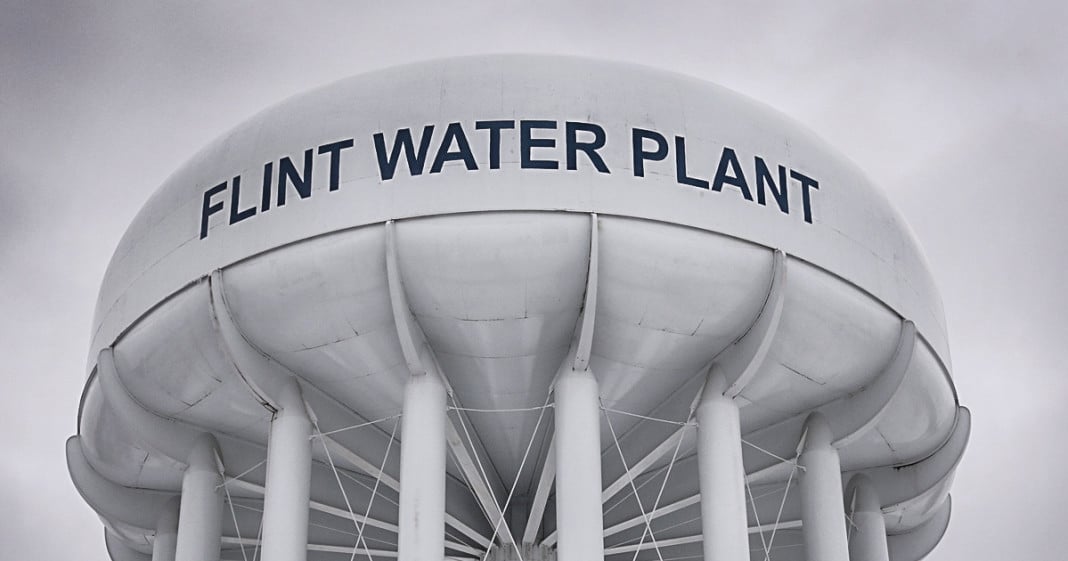 According to a leaked audio recording, Flint official Phil Stair said that the reason the Flint water crisis ever happened is because of “f*cking n***ers” who don’t pay their bills.  This is by far the most disgusting reason ever giving for the poisoning of thousands of residents in Flint, Michigan with lead-contaminated water, and shows why officials still haven’t solved the problem. Ring of Fire’s Farron Cousins discusses this.

For those of you who haven’t been paying attention, let me go ahead and update you by saying this, the water in Flint, Michigan, is still not safe for residents to drink directly out of the tap. According to one of the city council people, Phil Stair, one of the officials who kind of oversaw the entire thing, Phil Stair says that the reason this even happened in the first place is because Flint is filled with black people who aren’t paying their water bills. Now, I softened that language a little bit. In a leaked audio recording, Mr. Stair actually refers to these people by the N-word, and goes into several other profanities before that. That’s the kind of people who are overseeing the fact that thousands of people still have lead contaminated water coming out of their taps in a city that clearly doesn’t care about them. That’s what we’re looking at in Flint, Michigan.

To go ahead and correct Mr. Stair, no, that’s not actually why this crisis happened in the first place. The reason the Flint water crisis ever happened was because your Republican governor, Rick Snyder, wanted to find a way to save money. He figured, by screwing poor people that most people wouldn’t even notice, he could save his county a few dollars. I say a few dollars, because most of the money that they saved by switching to that dirty water was actually paid to the emergency city manager who happened to be a good Republican donor. You didn’t really even save much money, because you gave it away to somebody when you privatized that job.

For you, Phil Stair, to sit there and blame this on the residents, holy hell, I have seen some Republican victim blame in the past, but this absolutely is the worst case I have ever seen. Those people in Flint, Michigan, weren’t poisoned because they weren’t paying their bills. They could’ve paid over their bill every single month and you jackasses still would’ve poisoned them, because you don’t care. Because, as you point out, they’re black people and they’re poor. That’s one thing Republican will never stand for.

In this leaked audio, Mr. Stair comes out and says, “Hey. Whoa, Whoa. I just went on a trip to Florida with 24 people and I was the only white guy there. So, yeah, I’ve got black friends. I’m not racist.” He literally used that excuse, that age old Republican anthem of, “I’ve got black friends, so I’m not racist.” He used that to justify saying that these N-word people in Flint, Michigan, weren’t paying their bills and that’s why they’ve got lead contaminated water. Ladies and gentlemen, Phil Stair is the poster child for the modern-day Republican party.