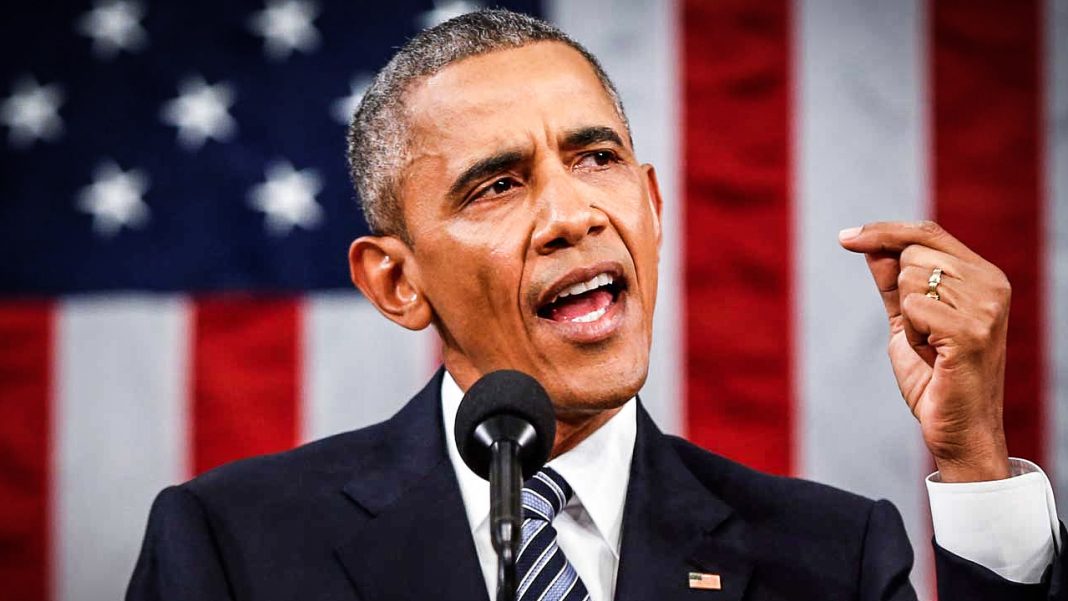 Republicans running for office this year seem to think that they are each running against President Obama.  Political ads are still filled with anti-Obama messages, ironic considering the former president is far more popular than the current president. Ring of Fire’s Farron Cousins discusses this.

One of the benefits of living in the Florida Panhandle, just a few miles to the east of Alabama, is that we get to see on our TVs all of the Alabama political ads. In case you didn’t know, when Jeff Sessions was appointed Attorney General, his Senate seat was vacated. So, Alabama is currently in the middle of a special election of who is going to be the senator who is going to win the Senate seat formerly occupied by Jeff Sessions.

I’m watching TV last night and an ad comes on. The Republican candidate is sitting there the entire time, he’s at a gun range, talking about taking on Obama. Pow, pow, pow. I fought back on his attacks on the Second Amendment. Pow, pow, pow. Shooting at a target. All the while, the name Obama’s on the screen, not on the target, but on the screen. We get the symbolism. We’re not idiots. You’re metaphorically killing Obama.

But here’s the question I have for these jackass Republicans running for this seat. Do you understand that Obama’s not president? Do you know that Obama is now former President Obama, private citizen of the United States? Do you realize that? Because you appear to be running against Barack Obama in this election that has nothing to do with Barack Obama. But the reason you’re doing that is because you have nothing to [inaudible 00:01:26] personally about yourself. You can’t say how great you are, how great your party is. Holy shit, look what we’ve done to Washington. Don’t focus on that. Focus on Obama. Obama was bad. Remember when we all hated him? Let’s just all go back to that. That’s not going to work.

Everybody understands that Obama is not president anymore and, sure, there’s plenty of people, especially in the state of Alabama, who don’t like the guy. But they also understand, again, that he’s not the president. You can’t keep running against this man and expect it to work. You need to talk about the fact that your president, from your party, is under several different investigations for possible things like espionage, treason, collusion. Maybe you need to focus on that and come out with an ad that says, “I’ll get to the bottom of this. I’m not like those party before country people.” But you are and that’s why you’re going to continue running against Obama.

It’s not just Alabama. This is happening in special elections all year and it’s going to continue happening. All Republicans have right now is to tell people that, “I stood up to Obama. I didn’t fall in line with Obama when he was doing all those things that mostly benefited corporations that are actually funding the Republican party.” It makes no sense but it makes for a good talking point among low information, uneducated voters, like the ones who’ll be picking this Senate seat in Alabama.

I apologize if that offends you, but if you fall for this, if you believe these ads, then yes, you are a low information, uneducated voter. I’m not going to sugarcoat that. I’m not going to apologize for saying that. That’s what happens. Republicans think that way of you as well. They’re trying to con you into thinking that standing up against Obama is the same as protecting our democracy.

But instead of talking about those, all these Republicans running for office choose to run against President Obama, a man who’s currently not even the president and can never be the president again. But that’s not going to stop them because that’s all they have. That is the only talking point Republicans think they can use to continue to dupe voters into voting against their own self interest and, instead, vote to benefit the top 1% who are going to get a hell of a lot of tax breaks, a hell of a lot of other perks and benefits from this government, while those same voters lose their health care insurance, lose social security benefits, lose afterschool programs for their children, and lose everything that we have worked for decades to build to help take care of the less fortunate in this country.