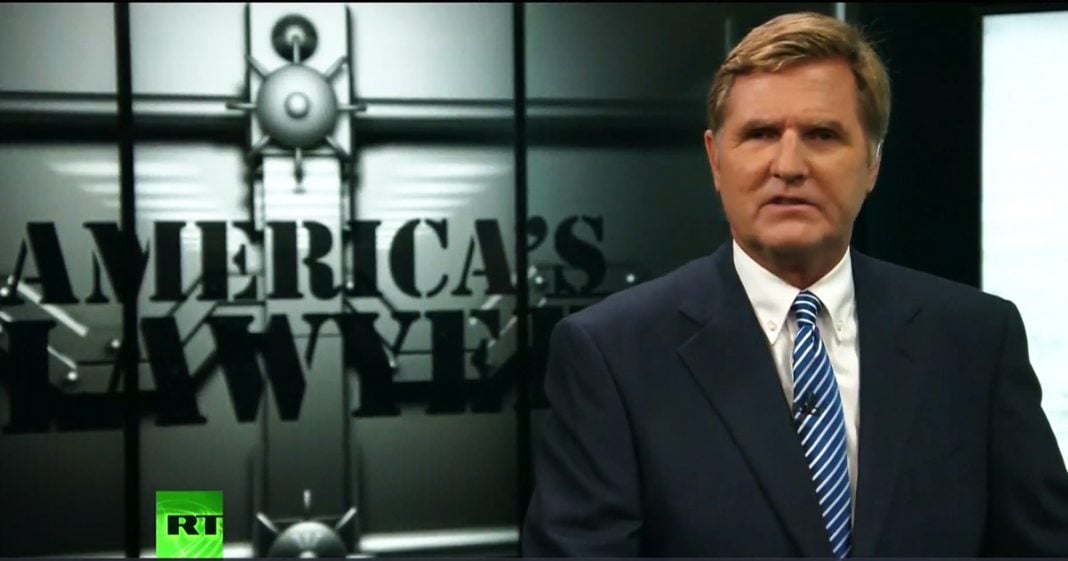 Transcript of the above video;

Finally tonight, hell has frozen over at the Supreme Court of all places, as ultra-conservative judge, Clarence Thomas, has ruled on the side of justice for perhaps the first time in his life. Last week, Thomas joined four liberal justices in ruling against North Carolina Republicans for illegally designing segregated voting districts in 2011.

Essentially, the republican legislature in North Carolina packed two already liberal areas with as many African-Americans as possible to dilute their votes in more competitive districts. In North Carolina’s First district, the black voting age population was increased by more than five percent in the packing scheme.

And in the state’s 12th district, the black voting age population was increased by nearly seven percent once the new districts were drawn. This ruling should serve as a notice to all states, that voters are sick and tired of racist and unethical gerrymandering practices that have created artificial representation at all levels of government.