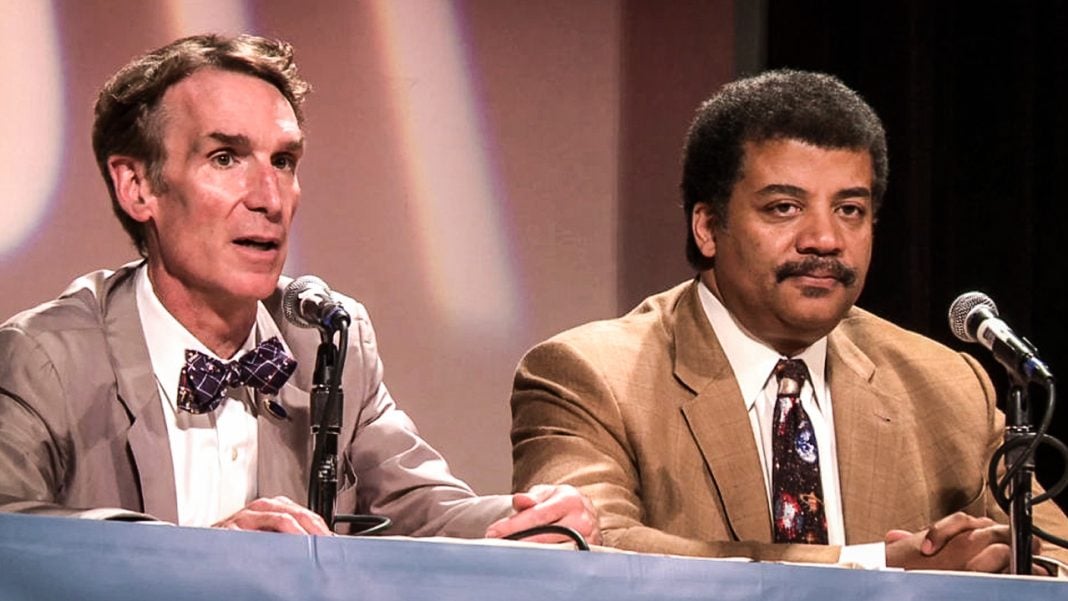 Some of the US’s most famous faces in the scientific community are lashing out at Donald Trump for pulling the US out of the Paris Climate Agreement.  Could this move by the president finally be the motivation scientists need to run for public office? Ring of Fire’s Farron Cousins discusses this.

Both Bill Nye the Science Guy and astrophysicist Neil Degrasse Tyson came out this week and absolutely blasted Donald Trump for his decision to pull the United States out of the Paris Climate Agreement. Bill Nye went on TV and said that “You can’t build a border wall to protect this country from CO2 emissions.” Neil Degrasse Tyson tweeted out that, “If I and my advisers didn’t understand science and how it works, then I too would probably pull out of the Paris Climate Agreement.” What’s happening right now is that the more intelligent people in the United States, at least some of the more famous more intelligent people, are speaking out about how ignorant our current president is. That’s not a good thing for American democracy. Not that they’re speaking out about it, but that we have a president so ignorant that that is the main line of attack against him. People like Bill Nye and Neil Degrasse Tyson, and all the other, Dr. James Hansen, these are people that we probably need to listen to. They’re not idiots. They went to school. They got degrees. Most of them have very, very advanced degrees that few people are able to get. It’s time that we as a country start listening to people who are smarter than us.

You know, there was a time when being an academic wasn’t looked down upon by people in this country. But somewhere along the line, probably back in the days of Reagan, they turned academics into liberal elites. “Oh, they think they’re so much smarter than you average people. Boo. We don’t like you.” That is a stigma that has stuck all the way to today. I say it’s time we end that. I think we need a new political party here in the United States, the Science Party. We need a political party whose sole focus is the promotion of science and scientific education for American children. We need people in Washington, D.C., pushing the science angle. You know, maybe not half of the Senate needs to be pushing this, but science needs a voice. It needs a voice from somebody who understands it, because we do have Senators out there pushing this issue. Sheldon Whitehouse has been one of the most outspoken Democratic Senators on the issue of climate change in the Senate in recent years, but that’s not enough unfortunately. It’s not good enough. We need to hear from people who studied this, people who went to school for this, people who work in this every day.

Science is dying in the United States because Republicans have convinced us, some of us, that science is bad, that knowledge is bad. That all you have to do is believe in a man in the sky, and everything will be okay. That we don’t have to worry about the actions of our consequences because God’s going to take care of it all for us. A Republican literally said that this week, Tim Walberg from Michigan. That’s not how it works. We have to start paying attention to the people smarter than us. We have to start paying attention to the scientists. I think that the best way to do that is to come up with a new political party whose focus is on pushing science, scientific evidence and, more importantly, scientific education, so that the next generation is a little bit better off in terms of intelligence than we are.