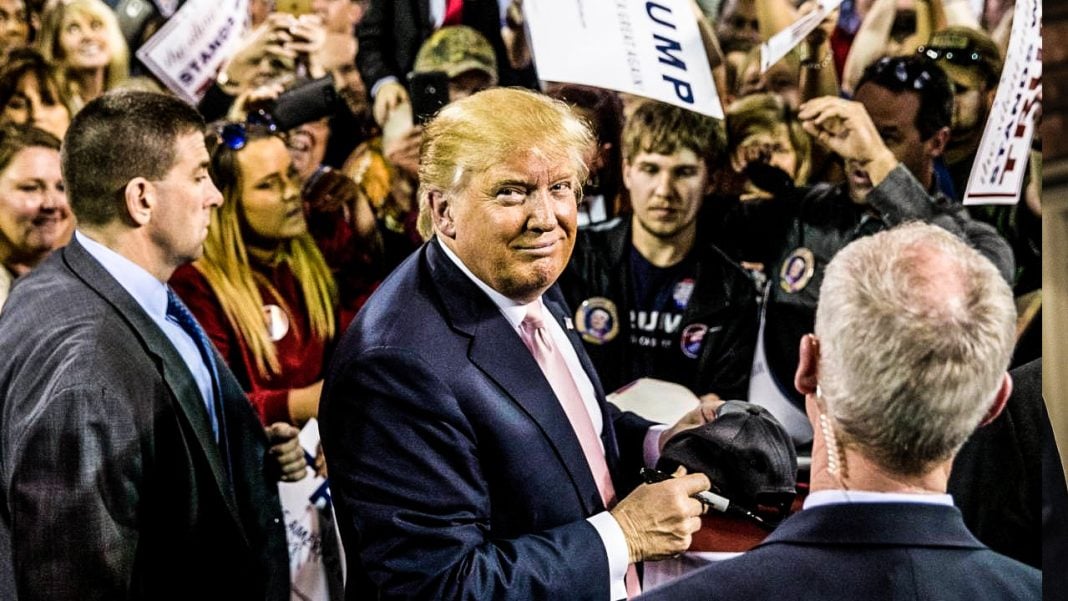 A new report from Politico shows that Trump voters are absolutely “stunned” about the cuts to the programs that they depend on are being slashed by Trump’s budget.  At this point, there is no sympathy left for these people.  They were warned about how bad he would be, and they voted for him anyway.  This is their fault, and rather than being “stunned”, they need to own it. Ring of Fire’s Farron Cousins discusses this.

Politico has released yet another report showing how horrible Donald Trump’s budget will be for the people who actually voted for Donald Trump. Specifically, this latest report is dealing with the rural voters, the ones that own farmland, the ones who’ve had their jobs outsourced, how those voters, in particular, will be affected by Donald Trump’s budget.

According to this Politico report, those voters, the ones out in the Rust Belt in middle America, are absolutely stunned that Donald Trump’s budget is going to hurt them. They’re stunned, that’s the word Politico used, stunned that Donald Trump would do something like this to the people who put him in office. These were people who absolutely believed what Donald Trump told them when he campaigned and said, “I’m bringing back these jobs. I’m not going to touch the funding, the subsidies, for farms. I’m not going to do anything to mess with anything with your way of life. I’m going to make it better. We’re going to make America great again.” They bought it. Hook, line, and sinker. Now, they’re stunned that a conman isn’t keeping his part of the bargain. How disappointing for these folks, right?

I have said many times that I’m running out of sympathy for these folks and at this point, I have no sympathy. There is absolutely not one ounce of sympathy in me for these people who voted for Donald Trump and are now getting screwed over by the President’s budget. Let it happen. You know, I am at that point. I don’t want to see another story that Trump voters are stunned, or upset, or shocked, that a loved one is getting deported because of Donald Trump’s policies, or that he’s cutting the farm subsidies to sustain their way of life, or that those manufacturing jobs that everybody said couldn’t even come back anyway aren’t going to come back. Wow. How could we have known?

Well, you could have turned off Fox News for five damn minutes, put on CNN or MSNBC, picked up The New York Times, The Washington Post, gone online to a site other than Breitbart or Infowars, and, I promise you, you could have learned something from it, folks. At this point, it’s your problem. You caused this, you created this, so you own it. I have no sympathy. At this point, I’m actually starting to get pretty angry about it because not only did you screw over yourselves, you screwed over millions of people who voted for the other candidate, Hillary Clinton, the one who actually won the popular vote. She wouldn’t have done this, most likely, you know. We’ll never know. But more people voted for her. But because of these states, because she neglected them, she ran a horrible campaign, and she lost the electoral vote.

But the fact that the Hillary Clinton voters, or even the Stein voters, or Gary Johnson voters, people who wrote in Bernie Sanders, the fact that they have to suffer as a result of these people who voted for Donald Trump, that’s not fair. I have sympathy for those people but nothing for these Trump supporters. You reap what you sow. They did this to themselves and instead of being stunned, shocked, or upset, they need to own it. We need to place big placards in their front yards and say, “I voted for Donald Trump. Blame me for the budget.” Because that’s what this is about.

Anyone could have told you that Donald Trump was lying about this stuff. If you hadn’t, you know, had to listen to Rush Limbaugh or tune in to Alex Jones or Sean Hannity, if you would turn off the right-wing noise machine for five minutes and go maybe read something from the left, maybe even read something from the middle, whatever you do, just get the truth, because until you educate yourself, until you turn off the propaganda lies, the decisions you make are your own fault. If you make an uneducated decision, if you listen to the people who tell you that Donald Trump is not a conman, then you are responsible for this.

Now, if you knew he was a conman and knew he was going to do these things and wanted to vote for him anyway, fine, go ahead and make bad decisions. But, if you’re acting shocked that Donald Trump did this, then you were never really paying attention during the campaign.