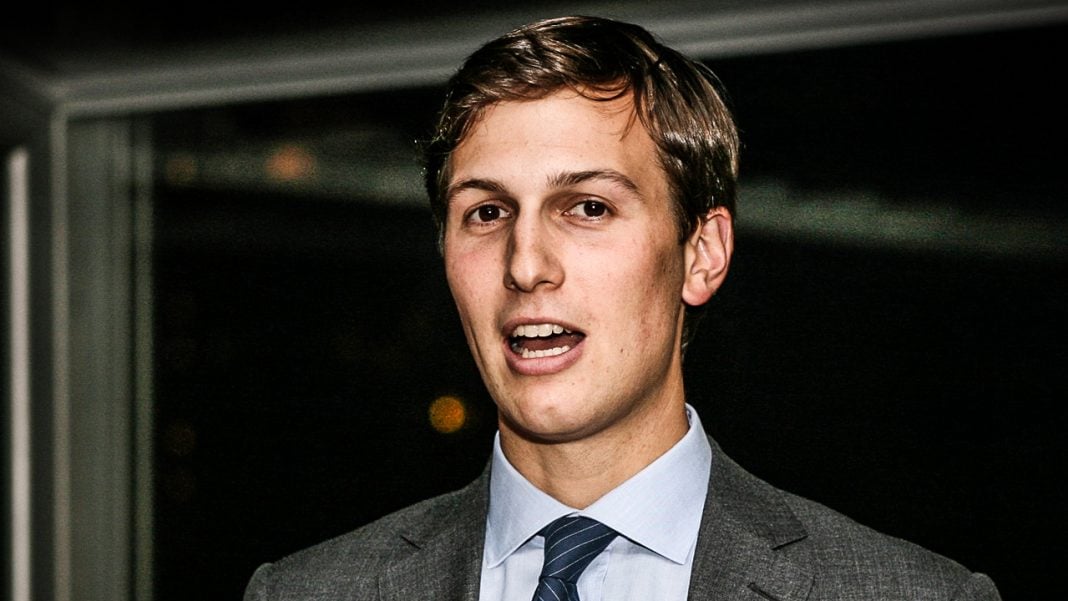 According to a recent GQ article, Jared Kushner once told a reporter who was struggling to come up with a way to cover Donald Trump, that he doesn’t always believe the things he says but he says them because he knows that Republicans are “stupid.”  This explains a lot about Donald’s rise to power, as well as how he feels about the people who put him in power. Ring of Fire’s Farron Cousins discusses this.

According to a recent article in GQ, at some point in time, Jared Kushner was having a conversation with former New York Observer editor Elizabeth Spiers about how exactly to cover Donald Trump. See, Spiers was asking, “Donald Trump says that Barack Obama’s birth certificate may not be real. He questions whether he was born in the United States. How do we cover something like this?” Kushner told Spiers, “He doesn’t believe these things, but he says them because he knows that the Republicans are stupid.” That is what Jared Kushner told the former editor of the New York Observer, as reported by GQ.

Now, there is nothing too surprising here. Donald Trump has been on record for many, many, many years as having said that if he were to run for president, I’d run as a Republican because blah blah blah. He doesn’t think very highly of the Republican base. No matter how many times that was brought up during the campaign, it really didn’t seem to do any damage whatsoever to his campaign. Here’s the thing. If you are a Republican voter and you voted for Donald Trump, understand that this man thinks you’re stupid. That’s the bottom line. Kushner has reconfirmed that. There really isn’t any doubt at this point. He doesn’t think very highly of you. He does think that you’re easily manipulated and that you are stupid.

Here’s the thing. There is a difference between those two things. There is stupidity and there is easily manipulated, and they do not necessarily coexist together. To be honest, I think the majority of the Republican base is not stupid. They might not be as politically educated as some of the other people in this country. To an extent, I think they’re probably on the same level, but it’s the fact that they are so easily manipulated. Studies dating all the way back to the 1960s have shown that Republicans are more motivated by fear than any other factor when it comes to choosing a candidate. Republican politicians understand that, and they manipulate those fears.

Here’s a great example. Republican voters, on the whole, a majority of them, understand that climate change is real, that human beings are causing it, and that it poses a threat to the United States. Why is it that a majority of Republicans, who understand that climate change is real and that it’s a threat, support politicians who deny climate change? The answer is this: climate change-denying politicians go out there, they tell these same Republican voters that these environmental regulations to protect the environment are going to cost you your job. Suddenly, the fear of climate change takes a backseat to the fear of losing your job because, to be honest, what’s more important, parts of the United States flooding in 30 or 40 years or you being able to feed your family next month?

Let me tell you, here’s the way you fight it. You got out there and you tell the truth. On that example of climate change, when these people are suddenly worried about losing their jobs, any Democrat could out there, show them the countless studies that have emerged that say that this isn’t true; this man is lying to you; this woman is lying to you. They don’t do it. They don’t fight back. Then we end up with reports like the one from GQ with Jared Kushner saying, “Hey, Trump thinks Republicans are stupid.” Democrats will jump on that. They’ll come out there and say, “Hey, he thinks you’re stupid, so vote for me,” and it won’t work.

You’ve got to talk to voters like they’re not stupid. You have to understand their fears, and you have to address them with good policies. Calling somebody stupid just simplifies the argument in a way that you can understand it better and write off that person when they choose to not vote for you. The Democrats have been doing that for too long, and we paid a very dear price for that in 2016. If they continue down this path, it’s going to be a very, very long rule that Republicans have. Donald Trump could be back in 2020, all because Democrats don’t take these people seriously because they, like Donald Trump, think that Republican voters are just stupid, but that’s not the case.

Joe Biden Freaks Out On Reporter For Asking About Bernie