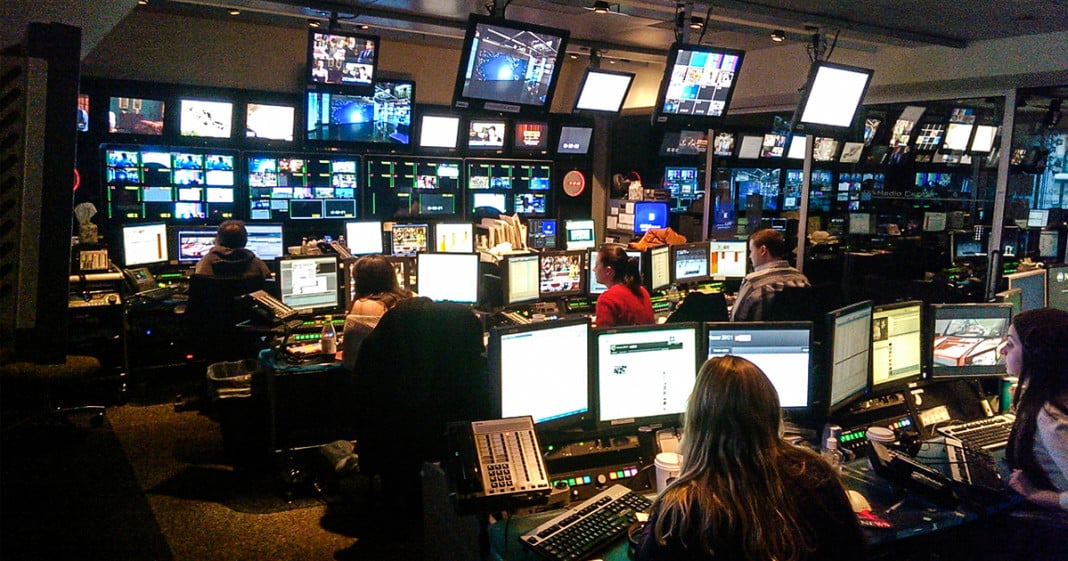 The corporate media won’t tell you the whole story, but somehow we get pegged as fake news. Ring of Fire’s Josh Gay wrote a story on it and now calls out the media in this video.

Just days before the French election, then-candidate Emmanuel Macron’s emails were hacked. It had to be Russia, right?

NSA director Michael Rogers went before the Senate’s Armed Forces Committee and testified that the US saw the Russians “penetrate” French systems.

The Register gave us the headline: “JUST SO WE’RE ALL CLEAR ON THIS: RUSSIA HACKED THE FRENCH ELECTIONS, US REPUBLICANS AND DEMS – AND ONLY RELEASED MACRON, CLINTON FILES”

The New York Times, Wired, Reuters, The Telegraph, and virtually every other corporate media outlet went into a frenzy. They did it to Hillary, now they are doing it in France – to prop up a pro-Russian candidate.

WaPo was quick to jump on the story, publishing an op-ed that slammed WikiLeaks and called the hacking a cold war by 21st century means.

Now, news is breaking that the head of France’s government cybersecurity agency said there is no trace of Russian Hacking in Macron’s campaign and that the hack was so simple that it could have been carried out by virtually any hacker… anywhere.

The AP reported the story – and a couple of outlets have published it. The Washington Post has picked the story up, but good luck finding it on the front page. The New York Times is certainly not pushing the story. Of course, they have a misleading headline: “Putin Hints at Role of Russians in US Election Meddling” – Putin simply said that private citizens COULD have participated in the hack. The corporate media isn’t really reporting on the story.

Likewise, you aren’t seeing the corporate media holding Big Pharma or Monsanto accountable. Monsanto even had an EPA manager working on their behalf to shut down an investigation – but it barely made a dent in the mainstream media. Why? Because it is all about ratings and clicks and more importantly keeping their advertisers happy.

It seems every commercial break has at least one asinine drug ad and I sure as hell have seen a TON of Roundup ads on TV. Do you really think that the “news” is going to report when one of their advertisers products causes cancer or has terrible side effects? That’s a rhetorical question – the answer is no.

But, when an organization like The Ring of Fire stands up to these corporate monsters and the media they command – WE are the ones that get called “fake news.” We’re the ones getting called Russian propaganda.

I’m here to tell you – we don’t take our directions from the corporate world. No advertiser is going to keep any of us here from going after the truth. If the corporate media won’t go after Nexium or Prilosec – you can bet we will. ABC News hasn’t reported on the dangers of Nexium

since 2011, even though more and more information continues to pour in. But Thom Hartmann and our own Mike Papantonio – they aren’t going to let you forget that the drug could cause kidney failure.

But, to find powerful voices like Pap or Thom or Ed Schultz, you have to turn to independent media. Sites and channels that don’t give a rats ass about pissing off an advertiser. AstraZeneca spends over $1 billion in advertising annually. You think the MSNBC’s and ABC’s of the world want to piss them off?

Of course, we’re the “fake news.” RT America, The Ring of Fire, The Intercept… all work to bring you the stories that corporate media won’t bring you – because we are only concerned with the truth.

But I get it. You heard James Clapper and NPR and Marcon call RT a pro-Trump, Russian funded propaganda arm. I mean, those folks would NEVER look for a political scapegoat – at all.

RT America is FULL of anti-Trump, anti-corporate progressives – but that didn’t stop The Washington Post from saying:

“The station seemed to have a preference for Trump in the run-up to the 2016 campaign.”

Is that a little like me saying that The Washington Post seemed to have a preference for shilling for the CIA with any of the WikiLeaks?

But here is the point: we aren’t Russian propaganda – we just won’t bow to advertisers. RT America gives people like Pap an outlet. I’m not going to apologize for that.

If you want to troll us for some imaginary Putin connection – that’s fine. But, we’re just going to keep telling you the stories that corporate media won’t tell you. If you want to be in the dark – that’s you problem.