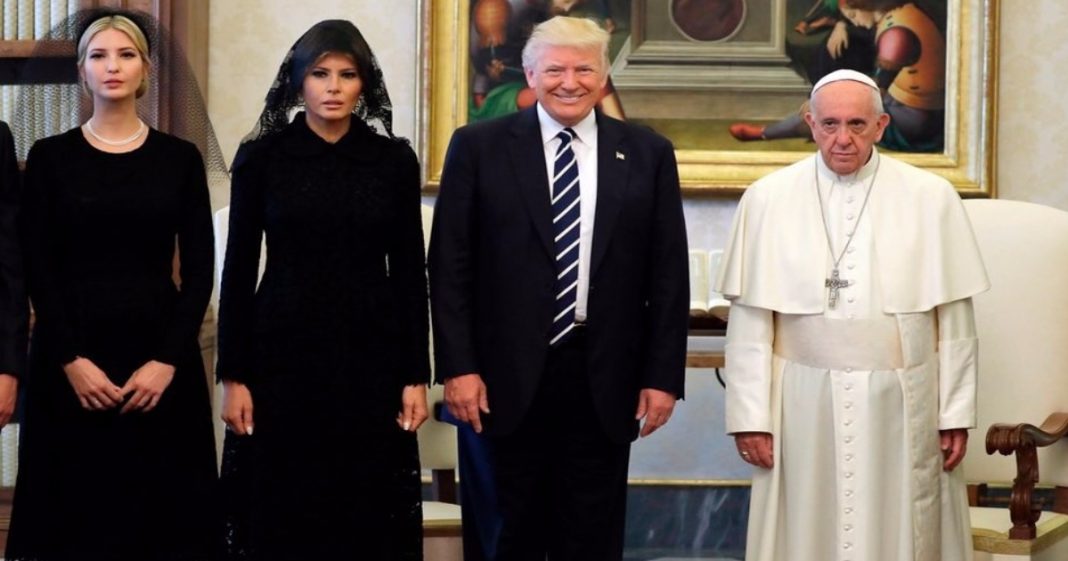 When it comes to President Trump’s decision to withdraw the United States from the Paris Climate Agreement, the Vatican considers the decision an overt insult, not only to the world, but to the Vatican in particular.

In response to confirmation that President Trump had decided to withdraw the United States from the 2015 Paris Climate Agreement, the Vatican said that his decision would be a “huge slap in the face for us.”

The comment came from Bishop Sanchez Sorondo who felt he was speaking for the entire Papacy when he commented on how personally insulting the decision was.

“If he really does (pull out), it would be a huge slap in the face for us. It will be a disaster for everyone.”

Sorondo’s comments came shortly before Trump officially announced his withdrawal from the agreement, so right about now, Pope Francis is likely feeling the hot sting of that betrayal.

Sorondo continued to explain his frustration with Trump, arguing that the level of climate denial Trump has bought into is equivalent to flat earth theorists.

“Saying that we need to rely on coal and oil is like saying that the earth is not round. It is an absurdity dictated by the need to make money.”

The Pope, who has been unusually outspoken about President Trump both during the election and after his inauguration, made his disdain for the President clear during Trump’s international tour last week. Posing glumly next to Trump, Pope Francis gifted the American leader with a copy of his essay on climate change, urging the POTUS to read it.

The pope has been a pro-science leader in many issues, climate not being the least among them. During several speeches and public comments, the Pope has expressed his belief that as stewards of this earth, God tasks us to protect it.

“Small yet strong in the love of God, like Saint Francis of Assisi, all of us, as Christians, are called to watch over and protect the fragile world in which we live, and all its peoples.”

Trump’s removal from the Paris Climate Agreement has drawn similar criticism from many other world leaders as well, and it seems clear that with this isolationist decision, we are further and further from our allies abroad.