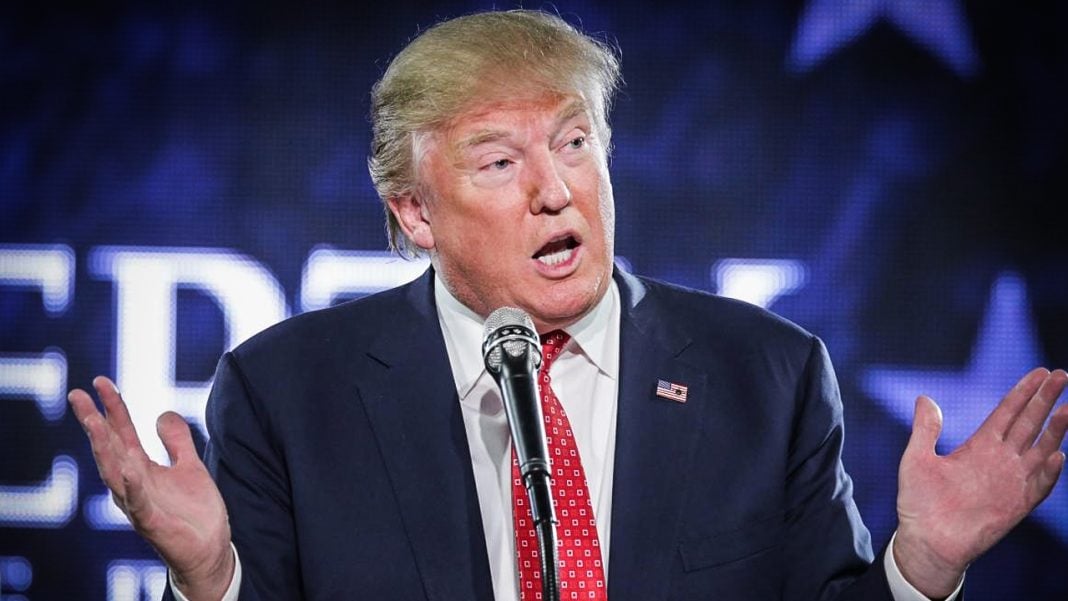 Donald Trump told us that he was going to “drain the swamp,” but the fact that he had to grant 17 ethics waivers for members of his staff in his first four months proves that he’s packing that swamp with the most disgusting slime he can find. Ring of Fire’s Farron Cousins discusses this.

When Donald Trump was campaigning he was telling us he was going to go to Washington, DC and drain the swamp. Now most of us didn’t actually believe this. We understand what a slimy guy this is. We knew he wasn’t going to be draining any swamps, but it’s still a talking point that people like Sarah Palin like to throw out every few days on Twitter and say, “Trump is draining the swamp. Yay.” Well, news flash for the Palins of the world. Donald Trump in his first four months in office has had to grant 17 ethics waivers to members of his staff so that they don’t get busted for ethics violations for breaking rules that Trump himself put in place to prevent collusion between government officials and the industries or companies that they used to run.

Now, some of these people, very well known. Steven Bannon got an ethics waiver so that it’s not an ethics violation for him to talk to news organizations, which basically means he’s still allowed to talk to all of his friends at Breitbart, feed them information, positive information about the Trump Administration, and then have Breitbart go out, publish it, push it to the public. Kellyanne Conway has received an ethics waiver. Reince Priebus has received an ethics waiver, along with 14 other individuals, four of whom used to be lobbyists. What these ethics waivers do is say that if you used to lobby for a company, say Goldman Sachs, according to Trump’s executive order that he signed a few days after coming to office, that appointee in the Trump Cabinet wouldn’t be allowed to talk to anybody at Goldman Sachs, but now because of these waivers, they can talk to them. They can go to their meetings. They can talk policy. They can do whatever the hell they want with their former employees, former buddies, feed them information, get information back from them, take it to Trump, vice versa.

This is a disgusting abuse of power, and I know the Republican talking point is wait, Barack Obama issued waivers as well. Yeah, he did. In fact, just like Donald Trump, Barack Obama issued 17 of these waivers over the course of eight years. Donald Trump has done it in four months. If he’s granted 17 ethics waivers in four months, how many more can we expect by the end of the year? How many more can we expect by the end of his term? I mean, this is disgusting behavior that once again allows industries, not just banks, but some of these people come from corporate defense law firms, and they’re allowed to still go to the meetings at these law firms, like Jones Day. That is direct interference with government activities. It puts the industry in charge of our government, something we have had for far too long.

Now, this isn’t necessarily anything that’s going to change the way Washington operates, but it just shows you that Donald Trump was absolutely full of it when he told us he was going to drain the swamp. If anything, that swamp is worse than ever now. I mean, we’ve never had an oil industry CEO serving as our secretary of state with no prior political experience whatsoever, but that’s what Donald Trump has done. Any time any person from industry wants something, Donald Trump has delivered. Again, he’s only been in office for four months. Things aren’t going to get better. They’re going to get worse, and if any Trump supporters out there are still kidding themselves thinking that he is going to drain this swamp, I suggest you turn off Fox News for a few minutes and go read something about what the president is actually doing in terms of refilling that Washington, DC swamp.