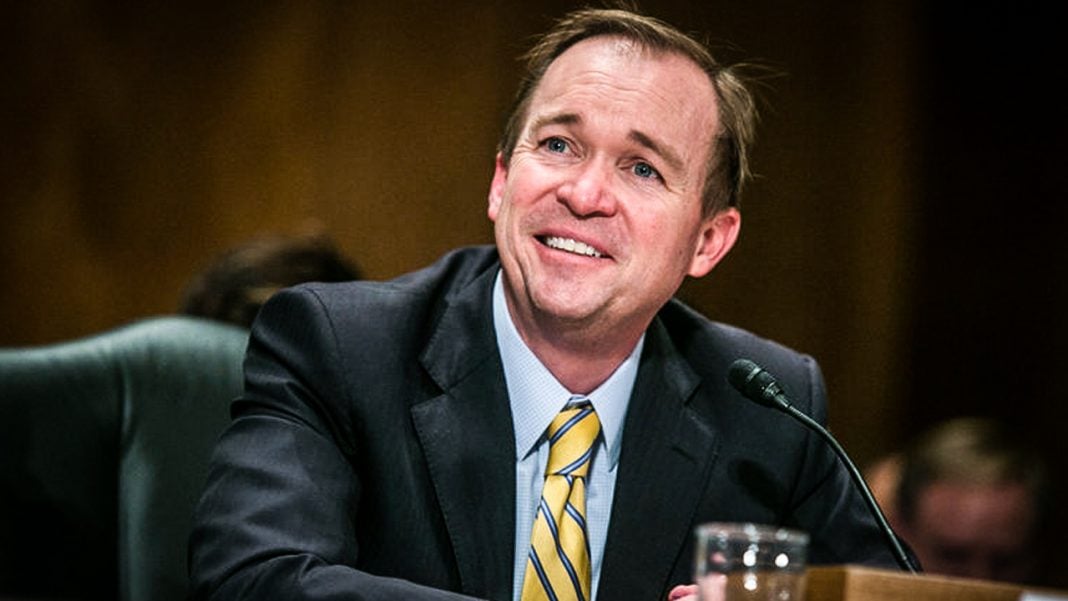 In case you don’t know who Mick Mulvaney is, he’s Donald Trump’s chief budget officer, and earlier this week, he told The Washington Examiner that the recent Congressional Budget Office score for the Republican Healthcare Replacement Plan, they made it look bad. Mick Mulvaney, Donald Trump’s budget director, says that this healthcare plan was looking great until that nasty old CBO came out there and issued that horrible score.

There were only 20 Republicans in the House of Representatives that had the courage to vote against this disgusting piece of legislation. It still passed, and it passed before that CBO score came out. Now the Senate has indicated that they are not going to pass this thing as it currently is written. They’re not going to pass the House version, so they’re going to come up with something else. Then there’s going to have to be reconciliation and revotes and all that, but basically, Republicans in the House were so hell-bent on destroying the Affordable Care Act, that they went forward without any concern for a CBO score, without any concern for whether or not people would lose their health insurance. They knew it was going to happen. It was basically the same bill they came out with before.

That’s what happened, Mick Mulvaney. It wasn’t because the CBO has an axe to grind with the Trump administration or with the Republicans in the House of Representatives. It’s because they did their job. Maybe you should try that sometime.