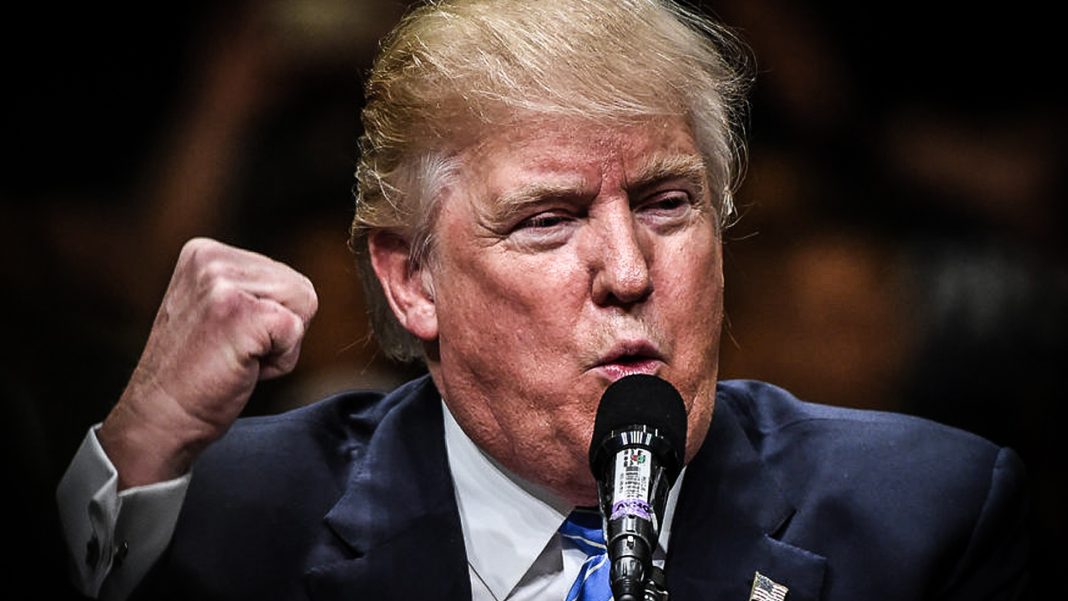 Further shrouding his White House in secrecy, Donald Trump has instructed federal agencies to ignore all requests for information coming from Democrats. According to Trump’s staff, they fear that any information received from federal agencies could be “weaponized” and used against Trump. Clearly, this man is hiding things that he doesn’t want the public to know, and that’s all the more reason for us to find out. Ring of Fire’s Farron Cousins discusses this.

In case you thought things in Washington, D.C. couldn’t get any more dysfunctional, Donald Trump has apparently ordered federal agencies to not comply with any oversight requests coming from democrats in Washington, D.C. This isn’t a suggestion. This isn’t something he would like to see them do. He has ordered federal agencies to not cooperate with any elected democrats seeking information. According to this report in Politico, sometimes the democrats do this because they wanna hurt the republican party like when they asked for those visitor logs from Maura Largo. Fair enough if you believe that. I do believe that we need to know who’s coming and going from Maura Largo and meeting with the President of the United States. That’s not trying to embarrass him or hurt him, that’s called oversight, Politico. But they also pointed out that most of the requests that democrats have made have absolutely nothing to do with partisan politics. For example, a massive cyber security breach that leaked the identities of millions of Americans putting their identity at risk of being stolen, the democrats wanted information on that.

Well, guess what? They never got it. And that was before Trump issued this order. Now, they could not get it if the agencies even wanted to cooperate. The only way according to this new mandate from Donald Trump that a democrat can get oversight information answered is if they have the republican member from a committee sign on to the request with them. Basically he’s treating the democrats in Washington as children who have to get permission from their republican parent in order to get information to hold Donald Trump accountable.

Here’s the question I have, what are you hiding Mr. Trump? If you didn’t have anything to hide, you wouldn’t be hiding. That’s basic logic right there. But apparently this administration is so corrupt, so deceitful, and so secretive that they can’t share any information with the democratic party. That’s not how Washington D.C. works. Again, the republicans are already saying, “Well look, Barack Obama was very slow to respond to our requests and a few of them were completely ignored”. A few of them were completely ignored and they were slow. Most of the time you still got the information that you requested.

Barack Obama never issues an order to federal agencies to not play nice with republicans or to ignore them when they’re speaking to them. No, Barack Obama was a grown up dealing with real world issues. Donald Trump’s not doing a damn thing. He doesn’t have anything that’s preoccupying him with signing off on these orders, neither do his organizations that he’s running within the government and put people in charge of. They’re not doing anything right now. They have plenty of time to respond to these requests. But according to White House aides, the reason they’re doing this is because they don’t wanna give the democrats any information that the democrats could then “weaponize and use against Donald Trump”.

So it is 100 percent about partisan politics for the White House. They don’t wanna share anything with the democrats because they’re scared it’s gonna be used against them which brings me back to the point of what are you hiding? If something can be used against you, then it’s probably a bad thing. The American public is not stupid, Donald Trump. We understand what’s going on here. We know why you’re hiding. You’re hiding because there is information that if we knew it, would tarnish your image, tarnish your chances of reelection and possibly even bolster the calls for impeachment right now. You’re not fooling anyone with this order.

It’s not about not bowing down to the minority party. We need two parties at least to function to in Washington, D.C. It would be great if we had a lot more parties. But right now, all we got is the two basically. And if they are not both functioning properly with full cooperation from the White House, then this country can not function properly. Every piece of this clock of our democracy has to work and right now at the very top at Donald Trump’s desk, that clock is broken.

Joe Biden Freaks Out On Reporter For Asking About Bernie