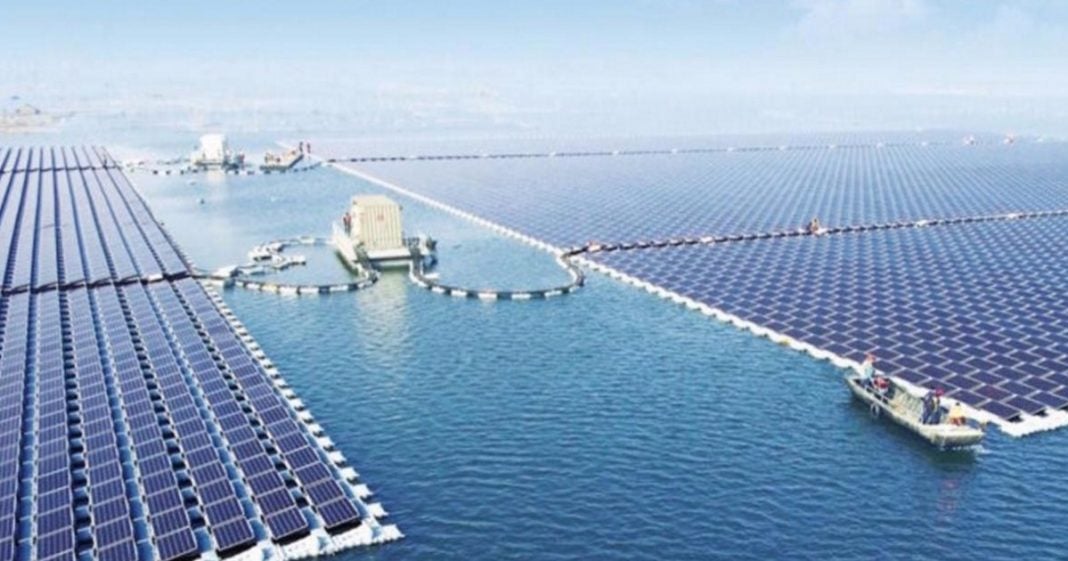 Now that the United States has officially announced its intentions to withdraw from the Paris Climate Agreement, it appears that China of all nations is poised to take over as the global leader in alternative energy investments and climate change combating.

On this front, China has already begun to make significant investments in alternative energies and started on the long, arduous journey of cleaning its long-polluted air and water. One of the most impressive efforts on this front is a massive solar farm that is located in the ocean off the coast of China.

The Sungrow Power Supply company constructed the 40-megawatt solar power plant on the water which formerly was land – a failed coal-mining town that is now underwater thanks to the environmental factors the solar farm is seeking to reverse.

The Chinese government announced the recently complete solar farm which floats off the coast in China’s eastern Anhui province. The solar farm is now producing energy, a nod toward China’s commitment to increase its use of non-fossil fuels by 20% in order to become a green superpower.

It’s not a moment too soon either. As the World Health Organizations observes, China is one of the most polluted countries in the world, and the nation’s capitol, Beijing, is one of the worst offenders. According to scientific studies, the toxic air in China is as damaging to those who breathe it as cigarette smoke. As a result, long-term breathers of Beijing air can lose up to 5.5 years of life from the exposure.

China’s efforts to curtail the nation’s pollution has been slow to come, but they have been ramping up efforts significantly in recent years. Trying to think out of the box, Chinese officials attempted a shame campaign in recent years to cut down on corporate pollution, an effort which failed miserably.

This solar farm is a major step in the right direction for the notoriously polluted country. If China truly intends to be a leader in the ongoing Paris Climate Agreement in America’s absence, they will need to continue these investments in order to provide the example the U.S. has pledged not to be.