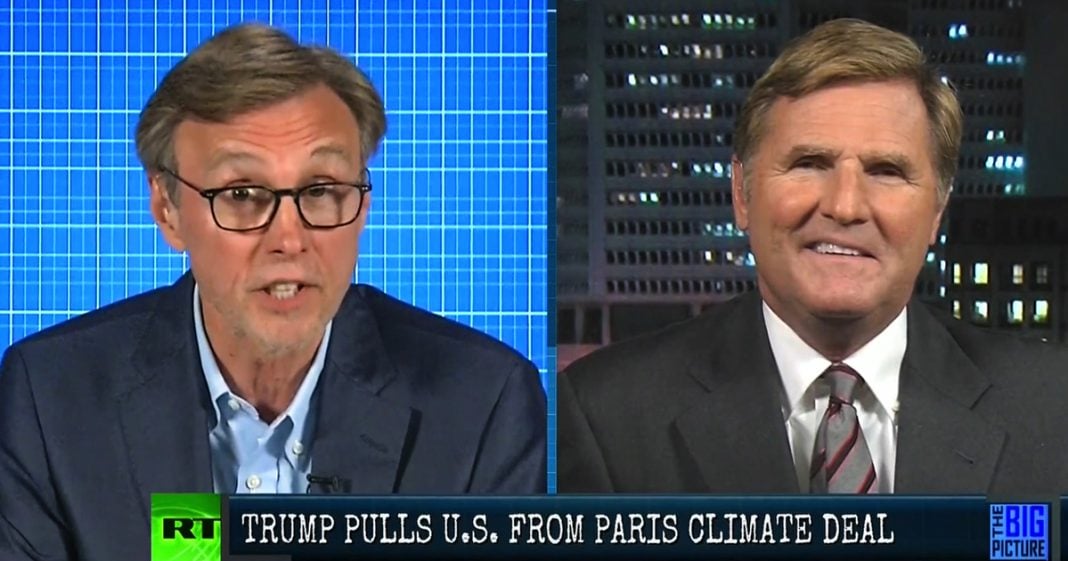 Via The Big Picture RT: Mike Papantonio, America’s Lawyer (RT America)/Ring of Fire Radio/Law and Disorder. After days of speculation – Donald Trump announced today that he would pull the US out of the Paris Climate Deal. Why is this so-called nationalist president trying to surrender America’s climate leadership role to China?