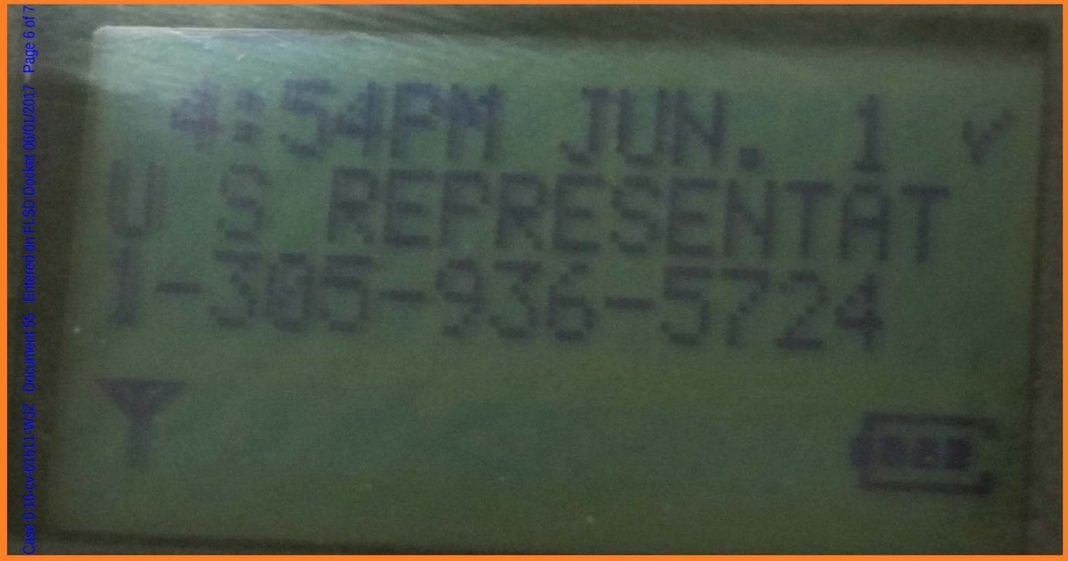 A bit of humorous news just came in regarding the ongoing lawsuit against the Democratic National Committee. According to a court filing, a “highly irregular” incident occurred on Thursday afternoon.

Just before 5p on Thursday, Elizabeth Lee Beck’s office received a mysterious phone call. A caller with a voice that “sounded robotic and genderless – along the lines of the voice changers used when television show interviews are kept anonymous” asked a secretary for details in the DNC fraud lawsuit. Beck’s office is the law firm bringing the suit against the DNC for their fraudulent practices during the 2016 primaries. The secretary provided the caller with publicly available information about the case, and the caller ended the call with “okey dokey.” 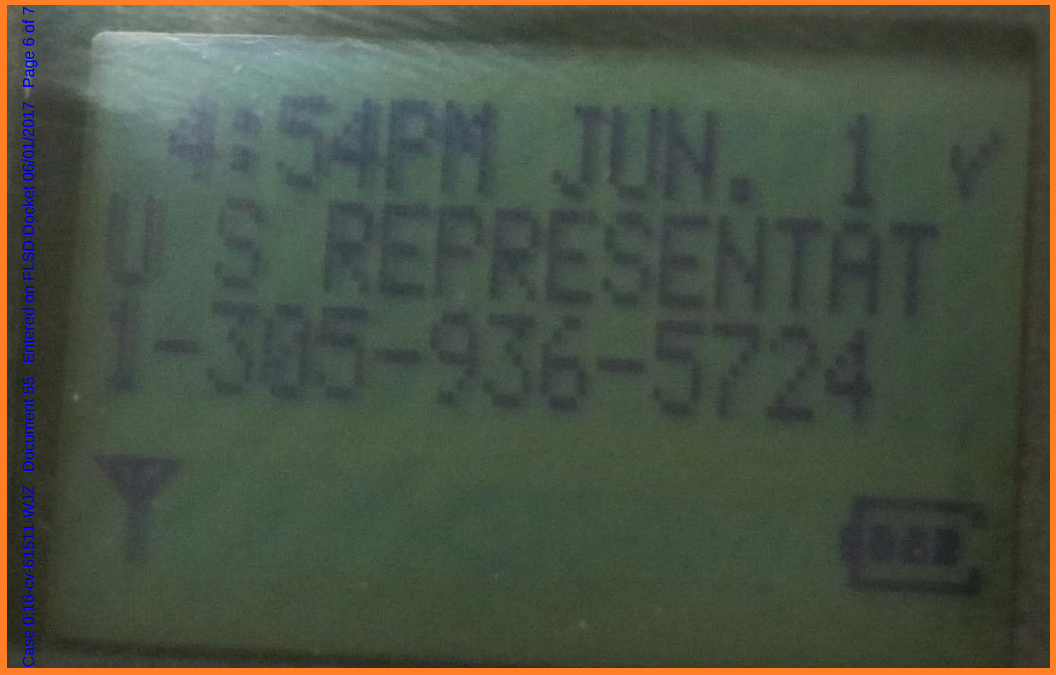 The caller obviously went to great lengths to conceal their identity when probing for information about the case. However, a small detail was missed: caller ID. The call came in from 305-936-5724. With a little internet sleuthing (like a simple Google search), it was revealed that the number comes from Congresswoman Debbie Wasserman Schultz’ Aventura, FL office.

You cannot make this sort of thing up. Maybe it was the Russians. 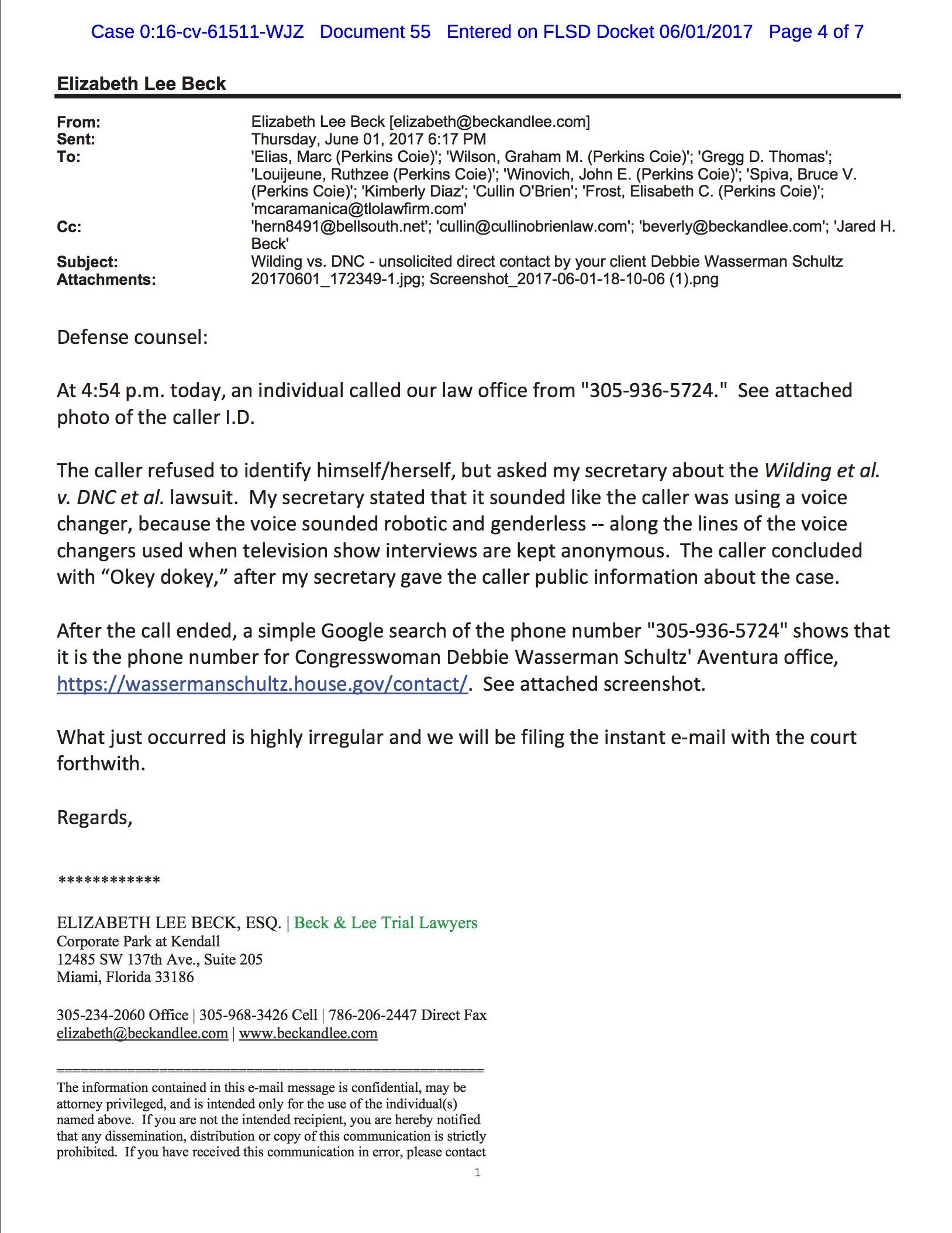