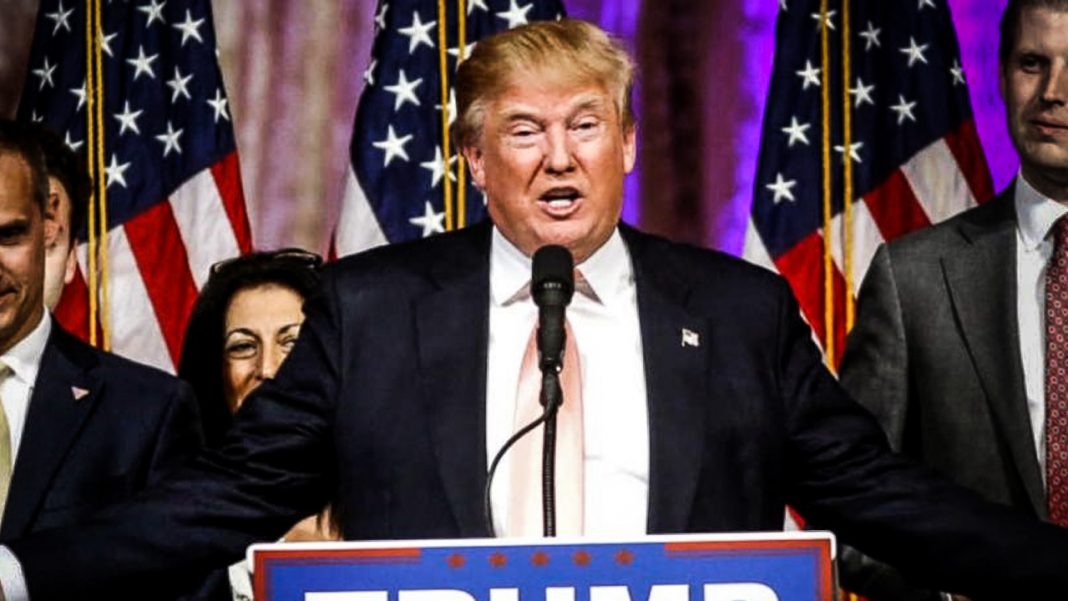 According to a senior Republican official, the White House is struggling to hire more staffers because there aren’t enough qualified, talented people applying for positions to work with Donald Trump.  The anonymous Republican claims that too many people view the president as “crazy,” and they don’t want to be associated with his brand. Ring of Fire’s Farron Cousins discusses this.

According to the article in The Independent, a senior Republican official has said that the reason they’re unable to fill all of these positions that they still need to be filled, positions that should have been filled back in January, is because people think Donald Trump is crazy. That’s what The Independent quoted this anonymous senior Republican official as saying. People think Donald Trump is crazy. Because of that, they’re not attracting the talent, the kind of experience, that they need to run a White House.

But it goes far beyond people just saying Donald Trump is crazy. I don’t necessarily buy that excuse. The truth is nobody wants to work within this administration because it’s only a matter of time before all of these scandals really catch up with Donald Trump and he gets ousted from office. Nobody wants to be associated with that. Even if they don’t get him impeached, nobody wants to be associated with an administration that’s been in office for five months, actually less than five months, that’s under investigation, after investigation, after investigation.

Everyday that passes now, someone else is getting roped in to these investigations, becoming a new person of interest. The web is spreading out and it’s catching more and more of the Trump Administration flies at this point. Donald Trump is dangerously close to falling into that web himself. His son-in-law is in it at this point. It’s only a matter of time before Trump himself goes in there. Why would anyone in their right mind want to go work for this administration that may not last through the end of summer? Certainly, probably won’t last through the end of the year, depending on what kind of information we get out of this.

We find out this morning that Jeff Sessions likely had a third meeting with Russian officials that he did not disclose. He now could be on his way towards impeachment. We could be losing our Attorney General.

Would you want to go work for these people? Would you want to have to be in charge of covering things up, of lying to the press like Sean Spicer or Kellyanne Conway? Absolutely not. There are no benefits from working within the Trump Administration at this point and that’s why they’re suffering from a very severe lack of staff.

But when you are lacking these many people, unfortunately, it’s bad for the country because you’re not able to properly get things done. Not that we want Donald Trump to accomplish his agenda, but we do need the White House and our government agencies to actually be able to function. At this point, they’re not, again, because nobody wants to be associated with Donald Trump.