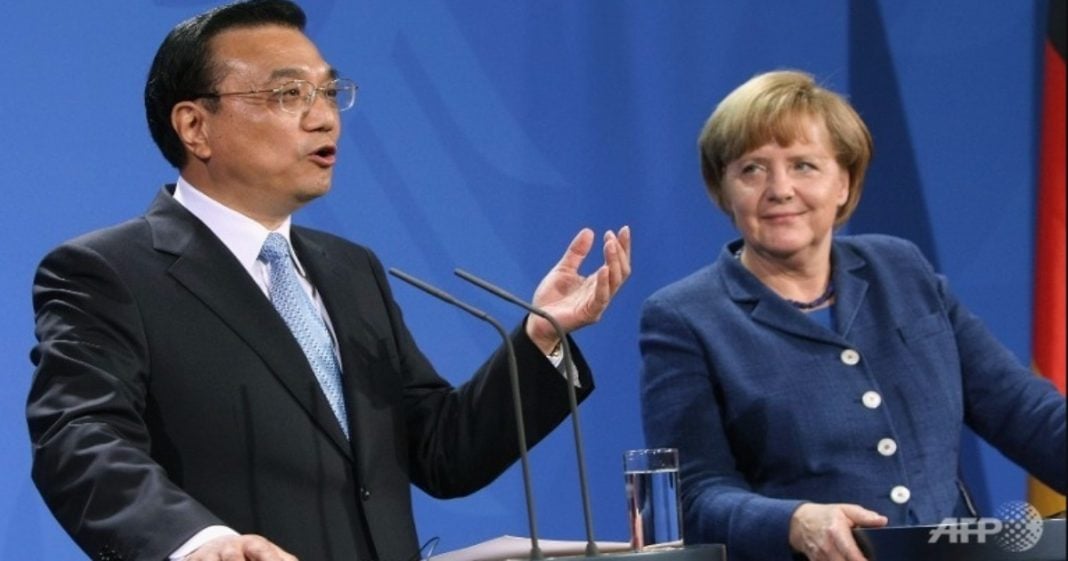 The greatest irony of voting for Donald Trump in order to “Make America Great Again,” is that with every step Trump takes, the global view of America falls just a bit more.

But as President Trump continues his path of destruction, alienating allies and pulling away from international agreements, other nations are filling in the gaps. In the space where the previous leader of the free world once stood, others are stepping in.

First it was Merkel being referred to as the leader of the free world, but with a new French President on the scene, it appears Macron is the one poised to take the burden of the modern world on his shoulders.

While Trump wavers on the U.S.’s commitment to the Paris Climate Accord, China is poised to take over as leader in the deal. As some have noted, Chinese officials can barely believe that the U.S. would so readily hand over the leadership position for petty American politics.

“We say in China, ‘Our words count, and our actions must be successful,’ and China will uphold its responsibility,” said Chinese Premier Li Kequaing on Thursday.

Speaking of both Germany and China, on Thursday, the two nations committed to more deeply invest in each other, pledging to expand their partnership in fighting climate change and other issues.

“China has become a more important and strategic partner,” Merkel said at a news conference with Li, pointing to political, economic, social and cultural ties.

“We are living in times of global uncertainty and see our responsibility to expand our partnership in all the different areas and to push for a world order based on law,” she said.

Basically, since the United States can no longer be bothered to uphold the climate agreement that Obama initiated, it’s up to Merkel and Li. During the Chinese leader’s trip to Europe this week, Germany was the first nation he visited.

“We are both ready to contribute to stability in the world,” Li said.

Simply, Trump may have expected the climate deal to collapse in America’s absence, but the quick action taken by China and Germany in particular shows that the world stage is more than willing to continue it’s show despite our absence.

The consequence of course is that the United States loses its power as a world leader each day that we are absent from these international agreements.

Trump’s promise of “America first,” appears to be being facilitated by a complete willingness from other developed nations to move on without us. Soon, it may instead be “America alone.”