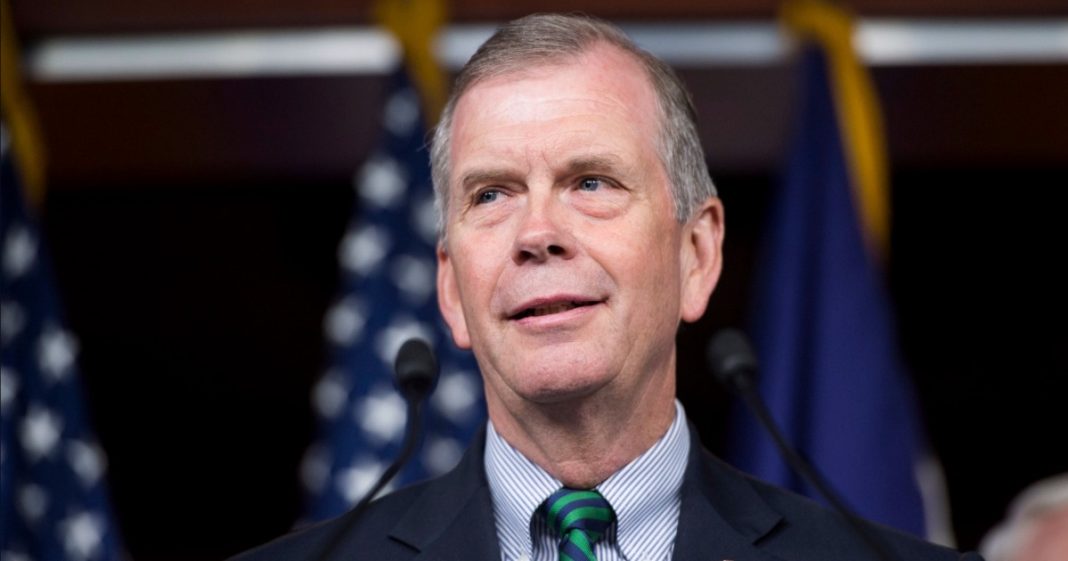 A Republican Congressman this week managed to perfectly meld evangelical extremism and climate change denial in one misguided statement, arguing that if climate change is real, that God would handle it.

Congressman Tim Walberg of Michigan made his godly argument during a town hall event in Coldwater, Michigan last Friday. Walberg argued that climate change was a natural system that ebbs and flows regardless of human activity, and that God, not man, can control the warming of the planet.

Walberg, a noted skeptic like many in the GOP, shocked constituents when he said that he did indeed believe in climate change – but that it was outside of human control.

Walberg continued his argument by saying that God alone can control the planet’s warming, and that he would leave any major decisions up to his deity.

“Why do I believe that? Well, as a Christian, I believe that there is a creator in God who is much bigger than us. And I’m confident that, if there’s a real problem, he can take care of it.”

Now, I’m not a religious scholar but I am familiar with the well known phrase, “God helps those that help themselves,” or as a popular joke puts it:

A man who is stranded on a desert island tells three separate passing ships who offer to rescue him, “No thank you, God will save me.” Later, when the man dies of heat exhaustion and arrives at Heaven’s gates, the man angrily inquires of God, “Why didn’t you save me?”

Let’s not be the dummy – let’s rely on our own science and innovation to protect humanity and our planet.

Climate change is real, and the current changes we are seeing are caused almost entirely because of human activity. Regardless of one’s religious beliefs, it is clear that humanity must take action to reverse the effects as much as possible or we will soon find that the planet is completely uninhabitable.

If Mr. Walberg wants to do nothing and believe that’s God’s plan, he can go right ahead. The rest of us will be doing our best to help ourselves.