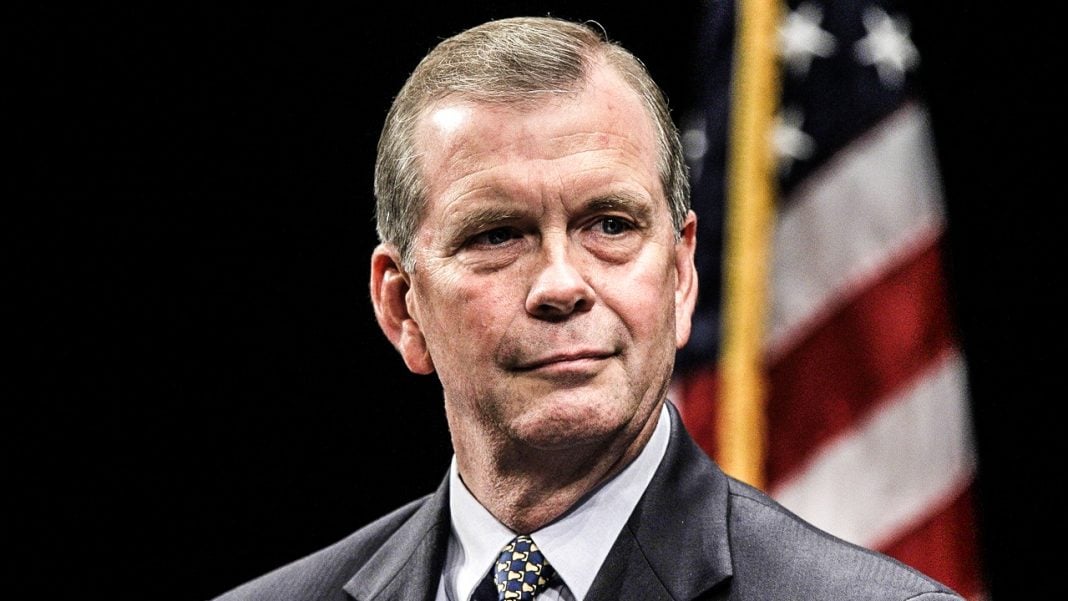 Republican congressman Tim Walberg from Michigan still isn’t sure that climate change exists, but he says that if it is, God will certainly handle it for us.  No need for personal responsibility when you have someone like God to clean up all your messes. Ring of Fire’s Farron Cousins discusses this.

That big giant Antarctic ice sheet that’s about to fall off? God’s going to come in with some super glue, fix that, nothing to worry about. The fact that Donald Trump’s pulling us out of the Paris Climate Agreement? Don’t worry, God’s signed onto the agreement. He’s totally going to handle this climate change thing. All those people in this country who die every year, several hundred thousand, as a result of air pollution and air pollution-related deaths, asthma, things like that? Don’t worry, God, I guess, is going to make them better somehow, because they’ve already died.

You see the point here. Walberg is trying to tell people, “You don’t have to take responsibility for your actions. I don’t have to be held accountable, as a United States representative, for denying climate change, taking money from fossil fuel interests, and then voting against the environment at every possible step because God’s going to swoop in and fix it all for me. Don’t worry about what I do. Don’t worry about my horrid voting record on the environment or the money I’m taking from the oil and gas industry, because God’s going to make it all right, and that justifies every single thing I do.”

How nice it must be to be able to partner with somebody like God on that situation, somebody who’s not going to say a word if you’re lying, a reputable partner who has no stake in it. That’s what Republicans always do. They wrap themselves in God. They use God to justify some of the worst actions that they can commit. You know what’s funny? That’s the same thing that they accuse our enemies of doing. Those people in ISIS, their religion is making them do this. Really? I’m pretty sure your religion is making you kill just as many people by denying something like climate change because, yes, climate change does kill people every year. Air pollution kills people every year. Toxins pumped into our water supply kills people in the United States every year.

When you vote against protecting those people, getting rid of those toxins and holding corporations accountable, when you vote against that, that’s you using your religion, according to your own words, to justify killing American citizens. How is that any different than what you’re accusing the people in ISIS of doing? I guess the only difference is that you do it in a suit and tie from a comfy office inside your House of Representatives there. You are no better than the people who use their religion to justify killing, because that’s what you’re doing here, saying, “Don’t worry, God’s going to take care of it.” That’s not how it works.

First of all, according to the Bible, God doesn’t affect free will. If we screw up, that’s on us. Maybe you should read that book. You should also pay attention to the passages in the Old Testament where it talks about preserving the earth as God’s creation. If you’re going to use your religion to justify destroying the environment, there are just as many passages in there to justify protecting it. I guess you, Congressman Walberg, skipped over those parts.