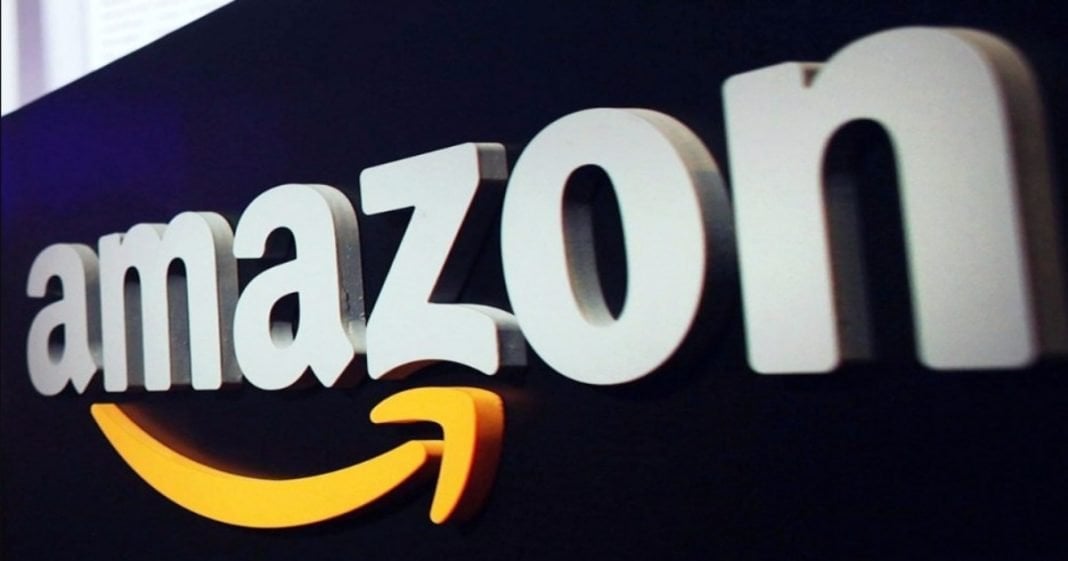 A lot of people are probably wishing they’d dropped a chunk of change on shares of an obscure little company called Amazon back around 1998 when those shares were selling for around $18 apiece. Even those who dumped their Amazon shares around the turn of the century during the bursting of the “dot com bubble” are having regrets now that a share of the company’s stock is selling for $1000.

It’s not the only one, but Amazon is in rare company; currently, only three other publicly-traded companies have shares selling for $1000 or more. As a retail operation however, it’s doing twice as well as Wal*Mart – and a staggering fifteen times as well as Target. Wal*Mart of course, is the poster child for low wages and exploitative labor practices, so how does Amazon stack up in how it treats workers?

Amazon got its start in 1995 as a small online bookseller. Today, you can buy almost anything from Amazon, including entertainment: its online video streaming service, Amazon Prime Instant Video, is a serious contender in that market, second only to Netflix. Like Wal*Mart, Amazon has been drawing criticism for luring customers away from smaller retailers. And, like Wal*Mart, working conditions at Amazon leave much to be desired – raising the issue of how individuals like Bezos are able to achieve such incredible success on the backs of workers who share very little in the wealth they help to generate.

In 2015,  New York Times reporters David Streitfield and Jodi Kanto interviewed 100 current and former white collar Amazon employees. What most of them described was a demanding, ruthless, Darwinian corporate culture that rewarded cut-throat competition. Employees are “encouraged to tear apart one another’s ideas” and are even given the tools and opportunity to undermine each other by sending “secret feedback” to a colleague’s supervisor. They are also required to put in long hours under punishing conditions, are pressured to spend less time with their families in order to serve the company (even to the point of working remotely on vacations, holidays and from home after hours), and are “expected to embrace ‘frugality’” by paying for their own work-related cell phone service and travel expenses.

One former “Amazonian” who worked in the books marketing department told the reporters, “Nearly every person I worked with, I saw cry at their desks.”

Meanwhile, down in the warehouse, workers are monitored electronically in order to make certain they are meeting their quotas, and forced to work overtime under brutal conditions. For example, in 2011, a regional newspaper in Pennsylvania reported employees being forced to work in 100-degree heat to the point that people were collapsing and being taken to hospitals. One employee who had spent ten years working in warehouses and was interviewed for that story said, “I never felt like passing out in a warehouse and I never felt treated like a piece of crap in any other warehouse but this one…they can do that because there aren’t any jobs in the area.” Those who failed to perform to expectations under these punishing conditions were fired on the spot and escorted out the building in full view of their co-workers.

Amazon’s initial response to the collapses was to have ambulances and paramedics waiting outside in order to treat any workers suffering heat-related ailments, cool them down, and send them back into the fray. Those who couldn’t recover quickly were sent packing and quickly replaced from an ample supply of people desperate for any sort of job. Amazon was able to get away with this by hiring temporary workers through a local agency. This eliminated the need to provide raises and employee benefits and enabled the company to do away with pesky things such as worker’s comp and unemployment insurance. Above all, it virtually guaranteed that employees would be unable to organize and demand better working conditions.

It gets better: a 22-year-old worker who had been on the job for six months reported that one day, out of the blue, employee quotas were suddenly doubled without warning from 250 to 500 units per hour. Those who failed to keep up with the new demands were written up, threatened, and eventually fired. According to that employee, supervisors would say “If you don’t make rate, we will walk you out of the building and give your job to somebody who wants a job.”

Employees at the Amazon warehouse were routinely penalized for taking bathroom breaks, for inability to “make rate” because of logistical problems due to the company’s sub-optimal setup, and even for illnesses or having the gall to take time away from work to care for a sick family member.

One former employee put it this way: “When you’re not able to give your absolute all, 80 hours a week, they see it as a major weakness.”

To be fair, some Amazon employees thrive in the company’s brutal corporate culture. One former executive, John Rossman, wrote a book about his experiences entitled The Amazon Way: 14 Principles Behind the World’s Most Disruptive Company. He described his job as “the greatest place I hate to work.” Another one said. “I was so addicted to wanting to be successful there…it was like a drug that we could get self-worth from.”

There is a small subset of driven individuals who do very well in such an environment. But the many who simply want to be able to make a living, take care of their families, and actually have a life find that Amazon doesn’t just demand their time and energy – it demands their entire existence.

Amazon has indeed become one of the most successful retail companies in the history of capitalism and free markets, with customer service that is second to none. But that success has come at a steep human cost, requiring the maintenance of an exploitative work environment recalling labor conditions of the 19th Century.

It explains why, for all its success, Amazon has a difficult time keeping employees and experiences high turnover. It also portends what is coming. Amazon claims it is “peculiar,” but it may simply be an outlier, taking advantage of new technology that allows workers to be electronically monitored and evaluated at all times in a system in which workers are nothing more than disposable commodities to be used and discarded.

In the words of business consultant Clay Parker Jones, “Organizations are turning up the dial, pushing their teams to do more for less money, either to keep up with the competition or just stay ahead of the executioner’s blade.”

Can such a system be sustained?