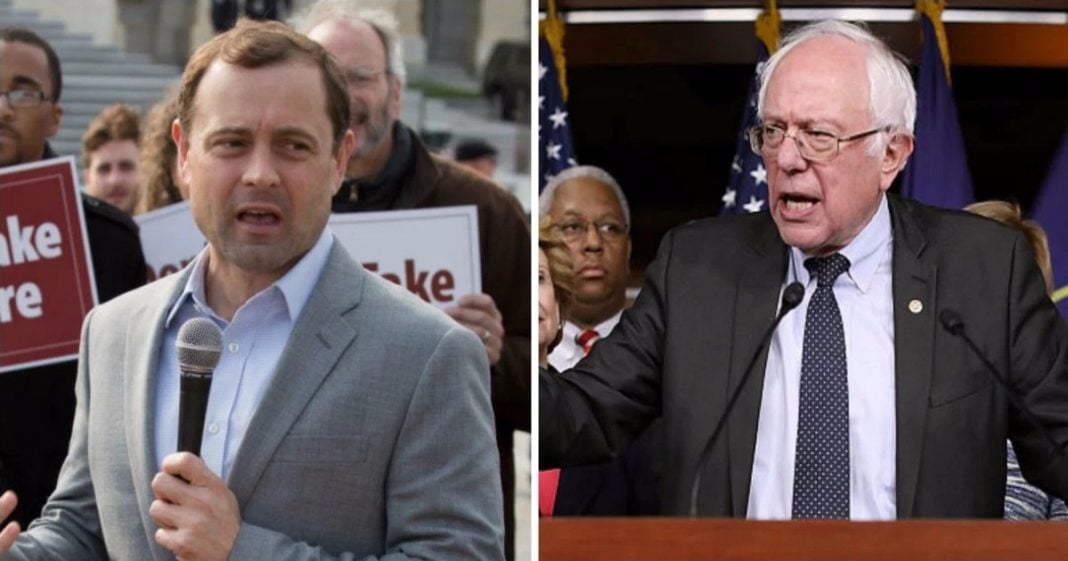 Though many of the special elections by Berniecrats have come and gone, often to disappointing result, Senator Bernie Sanders is gearing up for yet another race with yet another promising progressive, this time in Virginia.

Though the 2018 election is just under a year and a half away, the race for who will be the Democratic nominee for Virginia’s next governor is heating up, and in the running is progressive Tom Perriello.

Periello, a former Congressman, is competing in the Democratic primary against a more traditional, centrist Democrat in Lieutenant Governor Ralph Northam. The race is being seen as yet another proxy primary between the two factions of the party, more traditional Democrats and left-leaning progressives.

Interestingly, in addition to being a race between progressives and centrists, it is also a race over the future of Virginia in the wake of an increasingly blue voting population. Previously, Democrats in the state were focused on winning seats in a red state. Now that Virginia has shifted blue, Democrats are now able to reach further leftward, seeking to establish a new identity unencumbered by a red majority.

In both instances, Periello represents the new, the liberal, and the fresh. Northam represents the safe and the old. Though the answer seems obvious, past actions by the Democratic party has indicated it may not be so simple.

To make things easier, Senator Bernie Sanders has firmly established himself in Camp Periello, sending out campaign emails on behalf of the candidate. In his endorsement, Sanders touted Periello’s grassroots origins against the state’s “political establishment.”

Looking at many of Periello’s political stances, it’s easy to see how he fits into the Sanders Revolution narrative:

“Tom’s candidacy is about improving the quality of life for working people, students, people of color, women, kids, seniors and those that government often ignores. He has pledged to raise the minimum wage to $15 an hour, make community college free, and opposes the construction of fossil fuel pipelines.

He is also tackling racism at the institutional level. The school-to-prison pipeline funnels children, disproportionately children of color, down a path devoid of the hope and opportunity that we must nurture within every child, in every school, and in every home. Tom wants to end this system that sees the state spend millions of dollars locking people up when we could provide real education opportunities instead at a lower cost. Additionally, his guarantee for paid family leave and affordable child care will give young families across Virginia the break they sorely need.”