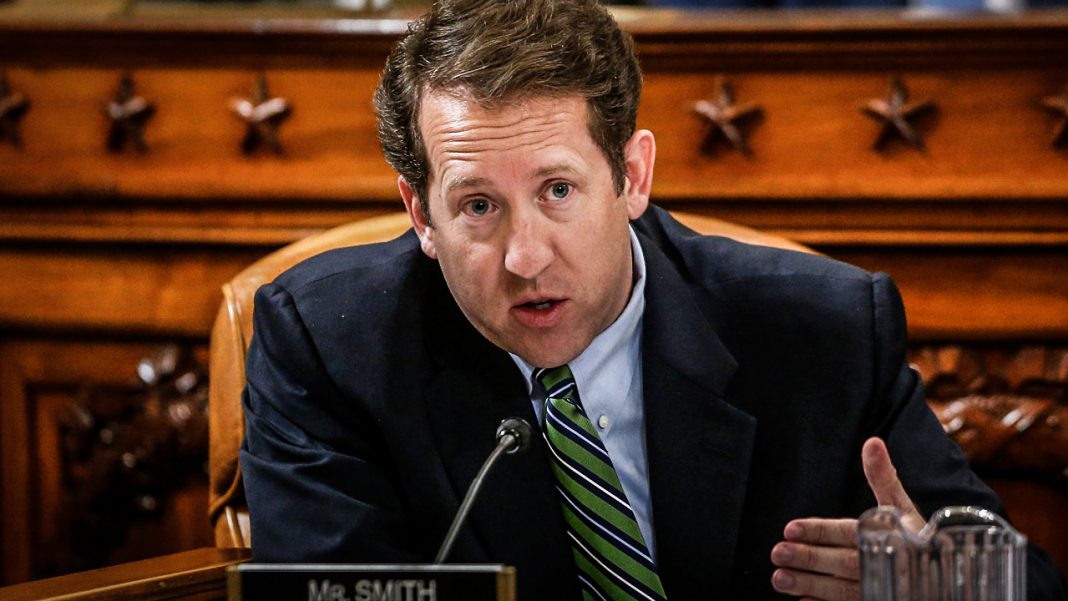 During an interview with NPR recently, Republican Representative Adrian Smith refused to say flatly that American citizens, especially those who will be affected by Trump’s budget cuts, are entitled to eat. Ring of Fire’s Farron Cousins discusses this.

Republican representative from Nebraska Adrian Smith doesn’t know if American citizens are entitled to eat. According to an interview that he gave this past Saturday with NPR’s weekend edition Saturday, Adrian Smith was asked three separate times if people in the United States were entitled to food. All three times that he was answered that very simple yes or no question, Smith deflected and refused to give a concrete answer as to whether or not he thinks Americans should be entitled to food. Now the reason this question even came up is because the two were discussing, Smith and the host, were discussing Donald Trump’s budget cuts, which is going to cut food stamps. It’s going to cut other assistance programs for the needy. It basically takes food off of people’s tables.

So, Smith was asked point blank are people in this country entitled to food. I guess according to his non-answer, Smith, like most Republicans, does not believe that people in the United States of America are entitled to meals. Meals, I guess according to Republicans like Adrian Smith, are a luxury that few can afford. I mean if you want to eat, which is something that you have to do to live, then you better start making some money folks because the government’s not going to come help you out even though you contribute to society in some ways. Maybe you have a job, it just doesn’t pay enough for you to be able to continuously support your family on a daily basis. The government’s not there for you folks. That’s the Republican government at least.

There was a time in the United States when we did believe that people were entitled to food. I mean a time not that long ago. You would have been hard pressed to find a politician in Washington, Republican or a Democrat, who wouldn’t have answered yes to that question. They wouldn’t have had to have been asked it three separate times and danced around the issue. Food, feeding people, wasn’t a partisan issue just a few years ago. But today, with these slash and burn Republicans in control, apparently nutrition, food, feeding people, avoiding starvation is some kind of liberal fantasy land. Republicans don’t think you’re entitled to eat folks. It can’t get any more sinister than that. Republicans don’t care if you live or die, or if your family lives or dies, and Adrian Smith proved that during this interview.

All he had to do was say yes. All he had to do was say yes, and he couldn’t even do that. Instead, he chose to defend these heartless budget cuts that President Trump has come out with, and dance around the issue saying that well nutrition is important obviously. Yeah, you know where nutrition comes from Smith? Food. You know what people who don’t have food don’t get? Nutrition. You know what people who can’t afford to buy food and don’t get food stamps from the government don’t get? They don’t get food. This man is either completely brain dead, or he is such a loyal Republican that he’s willing to go on national radio and defend a budget by dancing around a question of whether or not American citizens, tax paying American citizens, are entitled to eat.