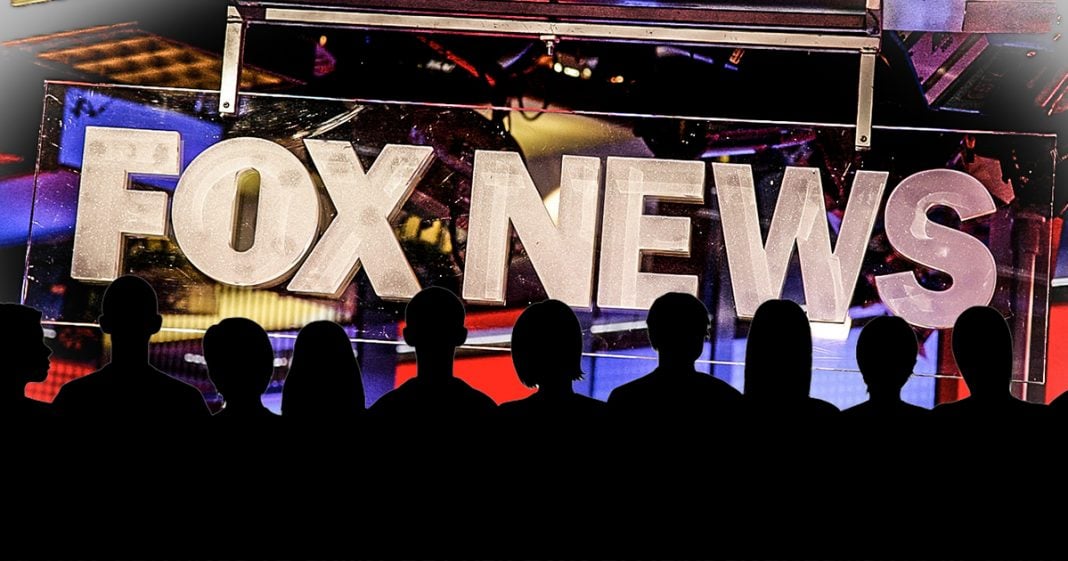 One of the plaintiffs, Kathleen Lee, accuses radio anchorman Ron Flatter of “unrelenting sexual harassment,” and mocking her disability, calling her an “invalid.” When she took her complaint to higher levels, she was told to “deal with it.”

Another plaintiff, Naima Farrow, was fired three days after telling her supervisor that she was pregnant. Farrow, who is African-American, also alleges that she was “subjected to a racially hostile work environment” by an employee in the accounts payable department, who made comments about the “ethnic floor.”

The third lawsuit was filed by Vidya Mann, a woman from Guyana. Mann was denied health care benefits, passed over for a promotion in favor of a younger white woman, and, like Lee, was fired for being pregnant.

In a related story, lawyers for Fox News have filed a motion to dismiss a lawsuit brought by former host Andrea Tantaros, who accuses the network of spying on her and harassing her using “fake” social media accounts. Fox denies the allegations; however, Tanataros’ attorney says he has evidence of illegal electronic surveillance of her private conversations – including his own privileged communications with his client.

In response to the current lawsuits, a spokesperson for Fox News told Newsweek,

“We have consistently demonstrated that the Company is committed to a diverse workplace that is free from all forms of discrimination, takes any complaint of discrimination seriously, and in these particular matters took prompt, effective and, where necessary, strong remedial action. We believe these latest claims are without legal basis and look forward to proving that the Company at all times has acted appropriately, and lawfully, in connection with these matters.”

This new set of lawsuits is just the latest in a long string of bad press Fox has faced in the last year: Last year, Fox news chairman Roger Ailes was forced to resign in the wake of a number of sexual harassment lawsuits and subsequent internal investigation; This past March, two African-American women working at Fox filed complaints against the network over “top-down racial harassment”; Later, sexual harassment claims against Fox News star Bill O’Reilly ended his dubious career; A little more than a month ago, eleven more current and former employees of the right-wing network filed a class-action lawsuit alleging “abhorrent, intolerable, unlawful and hostile racial discrimination.”

The onslaught of litigation could not have come at a worse time for Fox News, which has been seeing its ratings take a nosedive. The last couple of weeks have shown the lowest rating since the turn of the current century. Although much of it is due to the fact that the network is enabling the corrupt Trump Administration and ignoring its shenanigans and ongoing scandals, the ongoing exposure of its hostile corporate culture is not helping.