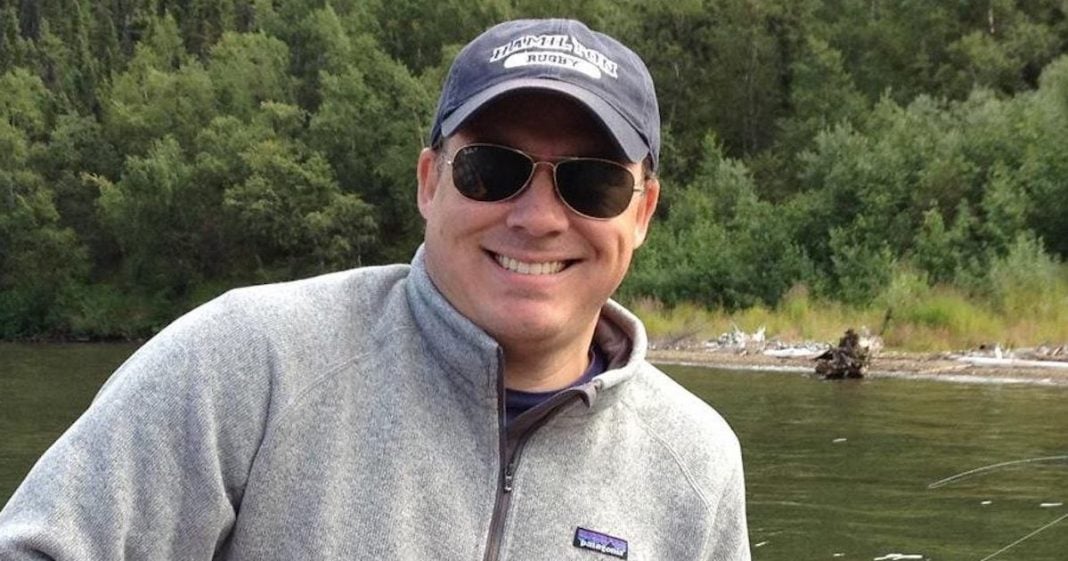 On Tuesday morning, news broke that Mike Dubke, the White House communications director has resigned. Dubke tendered his resignation on May 18, but offered to stay on until President Trump concluded his first foreign trip. Dubke told coworkers that his reasons are personal, but a shake-up in the Trump administration’s communications team has been rumored for weeks. In a message obtained by the New York Times’ Maggie Haberman, Dubke said:

“The reasons for my departure are personal, but it has been my great honor to serve President Trump and this administration. It has also been my distinct pleasure to work side-by-side, day-by-day with the staff of the communications and press departments. This White House is filled with some of the finest and hardest working men and women in the American Government.”

Dubke note to associates about leaving the job after three months pic.twitter.com/7XrbbCotby

Dubke confirmed his resignation to Fox News saying, “It has been a privilege to serve this president.”

Meanwhile, Kellyanne Conway made the media rounds attempting to cool talks that Dubke’s departure signals a larger shift in the Trump team. As the administration has struggled with leaks, mixed-messaging, and a growing number of gaffes, the standard response has been to chastise the media for the shortcomings of the administration. Appearing on “Fox & Friends,” Conway said:

“There’s been a story a minute about that. It’s easier to cover that than I guess learning the finer points about healthcare reform, tax reform, infrastructure, ISIS in retreat…In terms of ‘staff shakeups,’ I always read things that simply aren’t true.”

Dubke took over the job in February, helping spell Sean Spicer who had the arduous task of both crafting Trump’s message and subsequently defending the president in front of the press.

Ahead of his first address to a joint session of Congress, just days after hiring Dubke, the President remarked on “Fox & Friends:”

“I think in terms of, um, effort which means something, but I give myself an A-plus, OK? Effort. But results are more important. In terms of messaging, I would give myself a C or a C-plus.”

Dubke was a newcomer to the Trump camp when he took the job as communications director. His communications firm, Crossroads Media was favorited by establishment Republicans like John Boehner and Dubke had close ties with frequent Trump critic Karl Rove. It is thought that Trump never quite felt that Dubke was loyal to the administration.

Source tells me Trump could never get over Dubke saying that “there is no Trump doctrine” in a meeting that was leaked to Politico in April.

Lewandowski and Bossie were seen leaving the White House on Monday.

Lewandowski was fired from the Trump campaign in June of 2016, after then-RNC chairman Reince Priebus expressed his frustration with the administration’s relationship with the party. Controversial figure Paul Manafort took over for Lewandowski.

During the campaign, Lewandowski faced his own controversy after being arrested and charged with battery in March 2016. In Jupiter, Florida, Lewandowski violently grabbed former Breitbart reporter Michelle Fields by the arm. Even though security footage shows Lewandowski grabbing Fields’ left arm and yanking her away from then-candidate Trump, the campaign stood by Lewandowski. See for yourself:

Why is this reporter touching me as I leave news conference? What is in her hand?? pic.twitter.com/HQB8dl0fhn

@MichelleFields you are totally delusional. I never touched you. As a matter of fact, I have never even met you.

Other moves are expected in the Trump communications team in the coming days. Before the President embarked on his first trip overseas, the President was already considering scaling back Spicer’s time in front of the public. It is thought that Spicer would no longer offer daily press briefings, with the Trump taking questions on a more regular basis. Meanwhile, Sarah Huckabee Sanders was given a de-facto tryout at the podium while Spicer was away.

No number of changes in the Trump team will fix the fact that the President has record low approval numbers and is attempting to push through abhorrent policies that could cripple our economy, ruin our schools, and destroy our healthcare system. More Lewandowski and less Spicer is simply applying a bad shade of lipstick on a pig, like Donald Trump (what a terrible visual).

Paraquat Labeled As Deadliest Weedkiller To Humans On The Planet