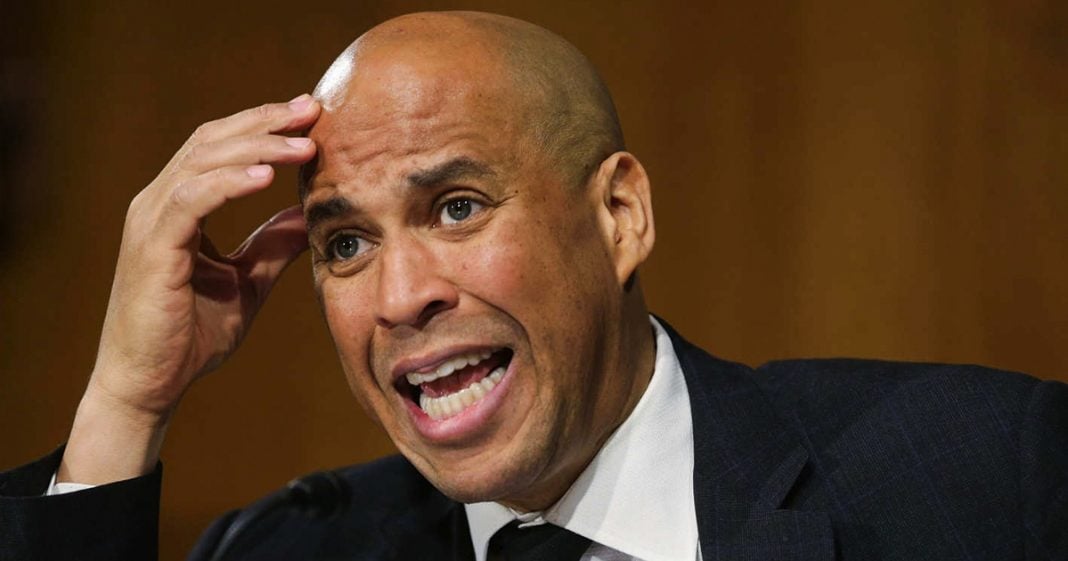 This week, while President Trump continued to manhandle his way through the presidency and tear a Trump-sized hole in the tattered remains of our Democracy, some Democrats have walked back earlier statements and are claiming that love, sweet love is what will defeat Trump in the end.

Heading up the pack of remorseful, Kumbaya Democrats is corporatist Senator Cory Booker. Booker, who has consistently sided against Americans in favor of his corporate sponsors like Big Pharma, admitted this week that he deeply regrets calling President Trump a “liar.”

Despite the fact that Trump is 100% a liar, Booker said that the time he called Trump what he was was a major misstep in his lovey-dovey personality.

“I called Donald Trump a liar on national TV, and when I got off TV, I felt bad, because it violated my values,” he says. “I can say he was lying, which is the right thing to do, because he did lie, and he does lie quite often. But I didn’t like to be crossing a line and condemning his soul.”

So wait, even though Booker knows Trump to be a liar, and even though he will declare that again in this interview, he feels it was not appropriate to do so on a national stage?

Booker continued his train of nonsense by arguing that Democrats cannot get down in the mud with Trump – we must rise above it.

“I really believe this is the response to the era of Donald Trump, and I’m sorry if it sounds corny, but I don’t think it’s corny at all. It’s gotta be about love. it’s gotta be about the connections we have to each other.”

In the past, Booker has been referred to as the next Barack Obama, and with these useless platitudes, it’s easy to see why. Unfortunately for Booker, the sort of ineffectual do-nothing nature of “hope and change,” is no longer all it takes to win a presidency.

Just like we can’t depend on Booker to stand up to his corporate donors, we certainly cannot expect him to be consistent opponent to someone like President Trump. Though we all know Booker is angling for the Democratic nomination in 2020, this failure to stand when standing is the only acceptable thing to do is the clearest sign possible – Booker is not the man to lead the revolution, the resistance, or the nation.