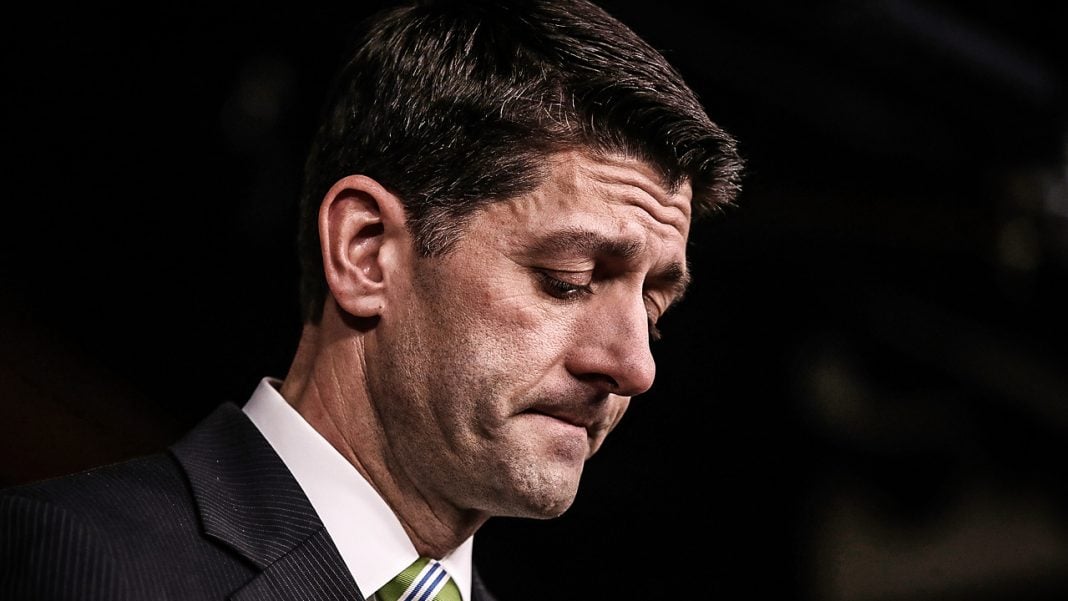 About 100 eighth graders from New Jersey refused to take a picture with House Speaker Paul Ryan during a recent field trip to Washington, D.C., because he “puts his party before his country.”  It’s both uplifting and sad that these children have more common sense and political knowledge than most Americans. Ring of Fire’s Farron Cousins discusses this.

This past Friday close to 200 eighth grade middle schoolers from South Orange Middle School in New Jersey made a field trip to the White House and during that trip to the White House, they got to meet house speaker Paul Ryan. He wanted to get a photo with everybody but as it turns out, about half of that eighth grade class about 100 eight graders absolutely refused to pose and have their picture taken with a man like Paul Ryan. It wasn’t because they’re just part of some democrats, it’s because these children understand that Paul Ryan is consistently putting his party over the needs of people in the United States. That is the specific reasoning that these children gave. Now I’m not using that word children to put them down. I’m using that to raise them up.

My question is, why don’t republican voters? You know these people some of them have fought in wars but they don’t even have the courage to stand up to Paul Ryan at this point. They’re too busy putting their party, just like Paul Ryan ahead of the needs of everyone else in this country but these children are the future. They’re the voters who are going to be casting ballots in the next four or five years to remake congress. To remake the presidency and hopefully right all of the wrongs that the republicans have been working on for the last six years that they’ve been in complete power in D.C. minus the presidency. By the time these children start voting, a lot of the republican voters out there just based on demographics won’t be around anymore. We’re looking at a new era of voters who aren’t necessarily democratic or republican but they care about everyone else, more than themselves and that’s what we need.

We need people that understand what these children already understand and that is that a rising tide is going to lift all ships in the harbor. We have to take care of everyone and then everyone will benefit. There is no downside to this. If we have a healthier populous, we have a healthier economy, there is a direct correlation between the two. When we feed the hungry, when we take care of the sick, we’re protecting essentially an investment in the US economy by keeping people healthy enough to work and contribute. That makes money folks and isn’t that all the republicans care about? If it was, maybe they would look out there and see that we’re killing our workers. We’re killing our contributors. We’re killing the people who make this country great. These eighth graders are smart enough to see that. Republican voters aren’t.