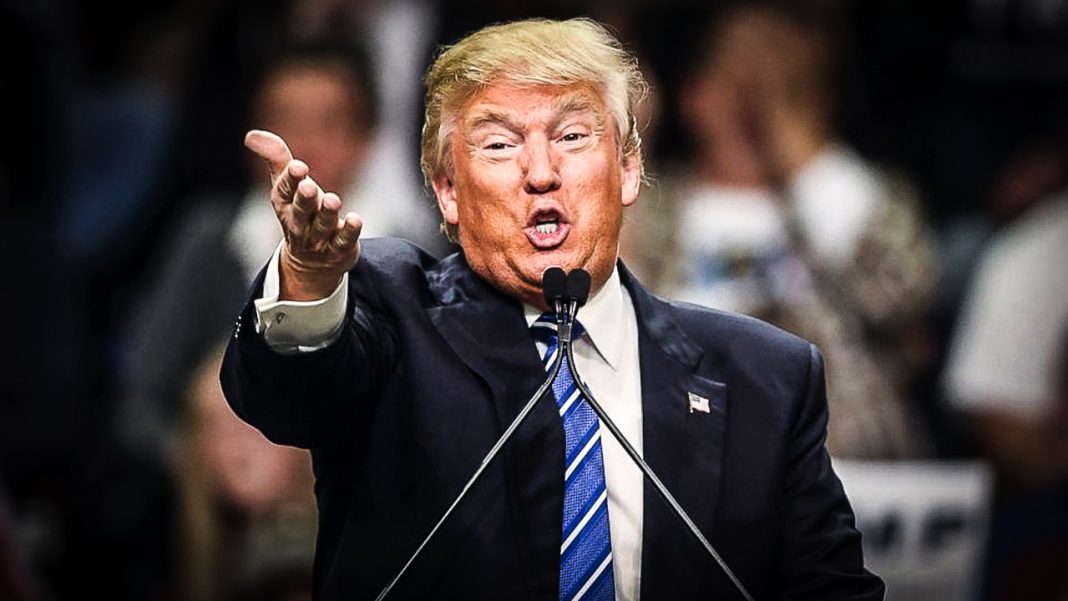 Donald Trump is worried about his business holdings since most of the American public hates him, so he wants the government to pony up the money – $25 million – to add extra security for Trump Tower in New York City.  The government claims that it can’t afford things like food stamps, children’s health insurance programs, or school lunches, but I’m willing to bet they’ll find the money that Trump wants to save his fortune. Ring of Fire’s Farron Cousins discusses this.

The presidency of Donald Trump is costing the American taxpayers billions of dollars. Now, I don’t say that just as a metaphor or hyperbole. According to the latest request from the Trump Administration, they want more than $1 billion for the next year for security increases. Donald Trump needs to spend more than a billion dollars to keep himself, and his children, and his grandchildren, but more importantly, his investments, safe from all the people in this country who utterly despise him for being such a despicable human.

Now, $25.7 million of that more than $1 billion request is just to keep Trump Tower in New York City safe. He wants to hire a couple hundred extra Secret Service people just to protect that building that his wife and son will be moving out of, allegedly, any day now. He just wants to make sure that that building is secure, that his business, his investments. We’re going to spend our tax dollars to protect an area where the president and his family will not be. Why? Because the president has a financial stake in it.

That’s the thing here. We saw Trump’s budget this week. We got the CBO score for the American Healthcare Act. We know that Republicans, and Donald Trump leading the charge, are cutting every kind of program for the needy in this country, because, according to them, there’s just no freaking money. There’s no money. But, I guarantee you, we’re going to find a way to come up with this billion dollars to pay for extra security for Donald Trump, to pay for security at Trump Tower, to pay for his children and grandchildren when they go on these extravagant vacations, to pay for his places out in Las Vegas, to pay for extra protection around the White House, because he’s too damn scared, because he’s pissed off too many people in this country. We shouldn’t be on the hook for that.

We should be taking this billion dollars and maybe putting it towards the Children’s Health Insurance Program, or the SNAP program, or afterschool programs, or fixing our infrastructure, or giving the needy better healthcare, increasing Medicaid, not cutting it, increasing social security disability benefits, not cutting them. Instead, we are all sacrificing our livelihood for Donald Trump’s security for his businesses. Look, I get it, if this man wants extra people around him and his family because he’s worried. I get that. That makes sense. But there is no justification for the fact that taxpayers should be on the hook to spend $25 million to protect a building where Donald Trump isn’t. That’s not what the Secret Service does. They protect the president and the president’s family. That’s it.

If Donald Trump wants anything extra, anything beyond that, he can come out of pocket for it, because like he told us during his campaign, he’s a freaking billionaire. Well then, you pay for your own security for your building. If you’re worried about that, you cover that. We shouldn’t have to pay this money to Trump Tower, because that’s another part of the puzzle here. It’s not just we’re paying to protect it, but the people who protect it have to live there, so they have to pay rent, so that rent, which is paid for by tax dollars, goes right back into Donald Trump’s pocket. He is enriching himself by claiming to be afraid, then using taxpayer money, that should go to other things to help us, to pay for his own freaking security so he can pocket the money.

This is insanity, folks. This really is utter insanity. I am hoping that Democrat Al Green, who said he’s moving forward with articles of impeachment, gets on this pretty quick. Because if congress approves this more than $1 billion to keep Trump’s properties safe, it really shows you where their priorities are, and it shows you where the priorities of this president are, and it shows you where we, as an American public, stand in the minds Republican politicians. We are nothing to them. We have to sacrifice everything to protect the financial interests of our billionaire president.