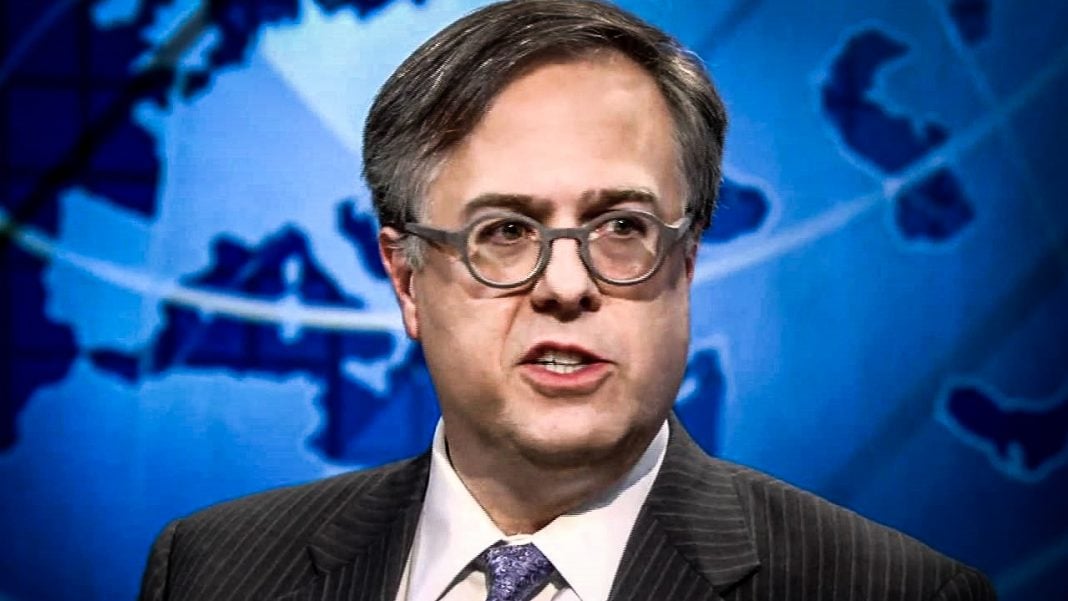 Michael Gerson, the former speechwriter for President George W. Bush who coined the term “axis of evil,” lashed out at modern-day conservatives saying that their collective mind has become “diseased.” He is referring to their reliance on fake news, conspiracy theories, and the overall disintegration of compassionate conservatism. Ring of Fire’s Farron Cousins discusses this. \

Michael Gerson, the former speechwriter for former president George W. Bush wrote an op-ed recently where he said that the Republican Party, the conservative mind, is now diseased. What he’s referring to is the fact that once-respected figures in conservative media, respected by conservatives only, people like Rush Limbaugh and Sean Hannity, are pushing debunked conspiracy theories on the American public.

According to Gerson, the reason they’re doing this is because that has become the mainstream of acceptable media within the Republican Party thanks to Donald Trump. Because of Donald Trump’s insistence that fake news is real, his reliance of Fox News for information, and his constant talking point that networks like CNN are fake news, he is polluting the public’s brains. But worse, according to Gerson, he has polluted the entire conservative mindset to where it is now, as Gerson points out, diseased.

Now Gerson, not the greatest guy in the world. He is the one that coined the term “axis of evil” for George W. Bush. Back before George W. Bush gave that axis of evil speech, they were going to call it the Axis of Hatred because they hate America. Gerson wanted them to go a little bit deeper, twist that knife a little more, and call them an axis of evil. He dehumanized entire parts of the world by calling them all evil because of their religion. Now, Gerson is accusing people like Donald Trump, and Hannity, and Limbaugh of dehumanizing the conservative movement by pushing fake news conspiracy theory propaganda on the American public.

Now, Gerson is correct in this point, but Gerson is not without blame. Nobody in the Bush administration is without blame for the current mess that we’re in. We know that George W. Bush and Dick Cheney, in particular, love to get all their information from Fox News. They knew that whenever they had a lie to sell to the American public, they could go sell it on Fox News. They knew that they had an ally with Rush Limbaugh. They knew that those conservative talkers would always have their back, and if they couldn’t defend the Bush Administration, then they would just simply start attacking liberals, and Democrats, and progressives for no reason whatsoever, anything to distract from the crimes of the Bush administration.

To hear Gerson come out and lament the fact that Trump, and Hannity, and Limbaugh, and Fox, and Alex Jones are causing the conservative mindset to have a disease, Gerson has to understand that he helped create this disease. Donald Trump, Sean Hannity, Limbaugh, those are just symptoms of the disease that you helped your party contract many, many years ago. Donald Trump is not an anomaly. Sean Hannity and Rush Limbaugh aren’t, either. They’re all part of the conservative long game that started decades ago. It started when you elected Ronald Reagan and began to dumb down the office of the presidency. We saw it trickle through into Congress where we dumbed down our expectations for members of Congress. We dumbed down our expectations for governors. That’s why Florida has a governor right now who had to plead the Fifth Amendment more than 73 times during depositions to not implicate himself in the largest Medicaid fraud in history. We had an Alaskan governor who ran for Vice President, then didn’t win, so she just quit her job and became a reality TV star.

That’s how low the bar has been set, and that’s why we ended up with people like Trump. That’s why people like Sean Hannity, and Alex Jones, and Rush Limbaugh have flourished. You’ve dumbed it all down. Trump isn’t the cause, he is the result. Gerson has to understand that he helped accelerate us, as a country, down that path of stupidity that we are currently on today.