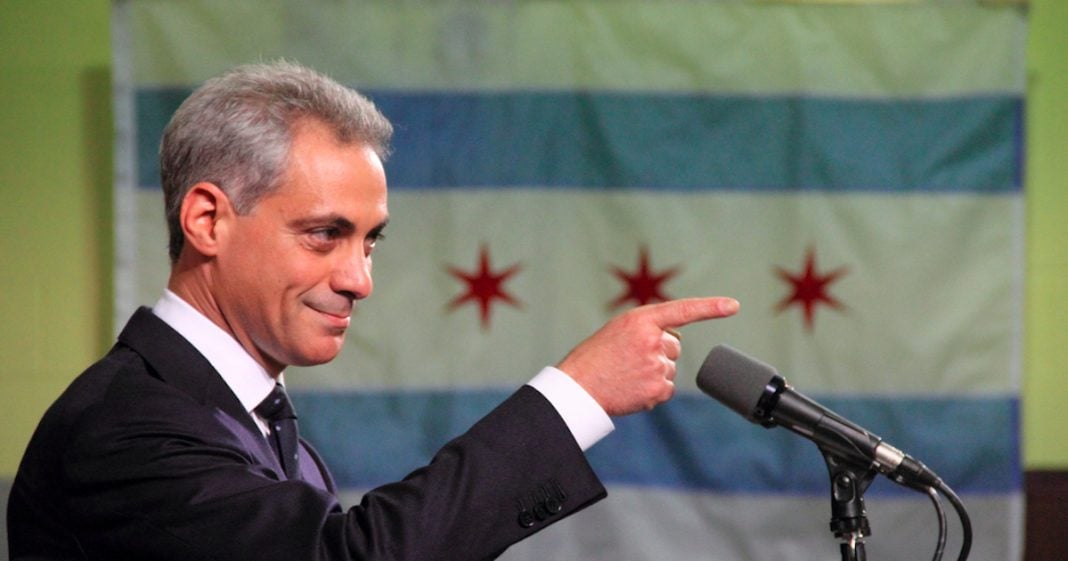 Appearing on CNN Sunday, Chicago’s Mayor Rahm Emanuel was asked if another Hillary Clinton run at the presidency would be good for the Democratic party. Emanuel had an awfully hard time answering.

“State of the Union” host Dana Bash asked Emanuel, “if Hillary Clinton is up for another president run, would that be a good thing for your party?”

Emanuel stumbled over the answer saying, “you know, look, you’re asking something that… we’re not even first through the midterm election.”

When Bash asked again, the former chief of staff in the Obama White House declared, “that’s not a good question,” in frustration.

Bash pushed Emanuel on the subject, appealing to him as a “leader of the party.” But, Emanuel simply stammered out:

“We have a lot of time between now and the presidential election of 2020. Hillary has a lot to offer. The core question is not whether I think she would be a good candidate. It’s whether she wants to run.”

The question posed to Emanuel is an important one to ask. 2018 is quickly approaching and thus far party leadership has been lackluster within the Democratic ranks. So far, the two most visible figures in the party have been the familiar faces of Hillary Clinton and Bernie Sanders.  Both have kept a high profile since November, yet neither has pushed the left toward unity.

Bernie has gone back to his status as an independent and his unity tour with Tom Perez has simply caused more division.

Meanwhile, Hillary continues to paint herself as a victim in the November election and has offered no real forward-looking plans or solutions.

At some point, someone will have to step up and frankly address the ills facing the Democratic party. They will have to honestly criticize the failings of 2018 and offer a progressive platform that moves away from corporate interests.

Until then, folks like Rahm Emanuel will continue to trot out on national television with no real message and will be stuck having to simultaneously separate from Hillary Clinton, while recognizing her current role as the voice (as misdirected as it may be) of the Democratic party.