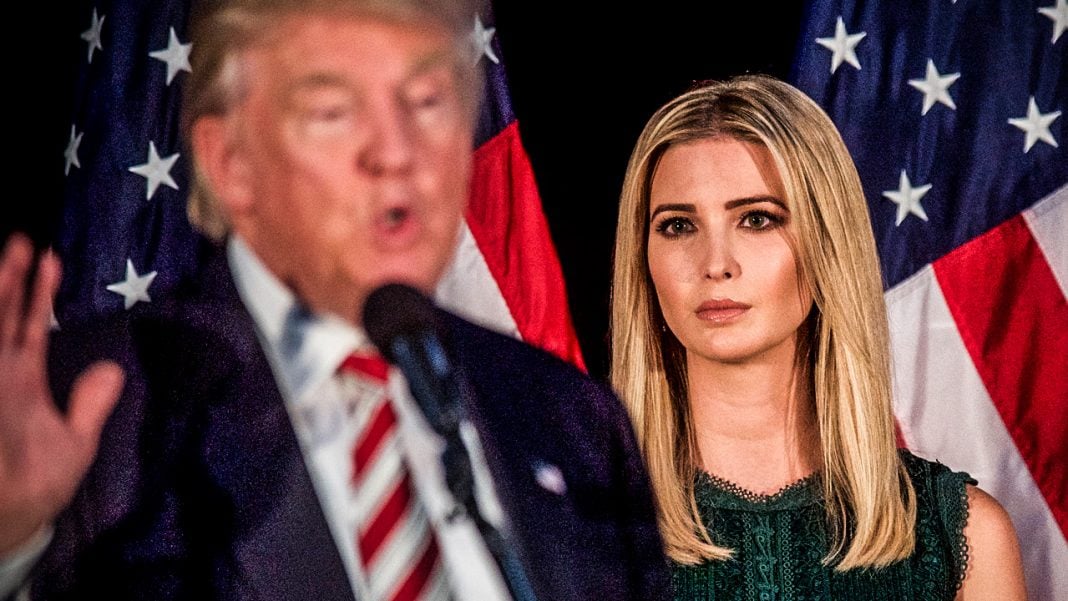 Lindy West wrote in The Guardian recently that Ivanka Trump is not moderating her father or helping him with issues, she’s only in the White House to sell his horrible policies to moderates who don’t care for his brash personality.  She’s every bit as ruthless, she just comes across as slightly less volatile. Ring of Fire’s Farron Cousins discusses this.

There’s a recent article in The Guardian written by Lindy West where she talked about the fact that Ivanka Trump is not a moderate. She’s not there to help bring Trump more to the middle. Her job in the White House and as first lady, first daughter whatever her real title and role is in that White House, what she does is she helps to sell Trump to the public and to overseas leaders. She’s the softer face of the Trump administration but, as Lindy West points out in this article, it’s all a farce. It is all a ruse.

When Ivanka Trump first came on board with the administration before the inauguration, she was the one who was pulling people into meetings to teach her father about climate change, to teach him about all these other issues and to seemingly make him a little more liberal on some things. How has that worked out for the American public? We got Scott Pruitt as the head of the EPA, a guy who, one, doesn’t believe that climate change exist but, two, on behalf of the fossil fuel industry sued the EPA as his time as attorney general of Oklahoma so that they would get rid of their regulations. It doesn’t sound like Ivanka Trump was too effective there.

The truth is Ivanka Trump has never been tasked with bringing the president more to the middle or bringing him to the left. Her job is to make it seem like she is. She is the softer face, the quieter voice with the same horrible beliefs and horrible policies as her father. Make no mistake. Ivanka Trump believes in the same things that her father does. She’s just not as outwardly mean, and hostile, and bullish as her father is. But behind closed doors, she’s not making any real difference whatsoever. She’s not softening the president on any of these issues but her job is to make it look like she is so the public thinks, “We have a friend in the White House. Maybe I don’t like Donald but I know that Ivanka is there to help us out and she’s got our back. Right, folks?”

Well, no. We’ve seen that with the president’s budget proposals. We’ve seen it with his decision to put the racist Jeff Sessions as our attorney general of the United States. Again, we’ve seen it with Scott Pruitt. We’ve seen it with Betsy DeVos as the secretary of education, Ben Carson in public housing. Ivanka Trump didn’t stop any of this. She didn’t want to stop any of this. She is complicit in all of this. All she wanted was a cushy job title. She wanted the American public to know her name and, just like her father, she wanted the American public to love her but I think Donald has given up on having the public love him but Ivanka hasn’t. She thinks, much like her father, she can con this country into believing that she cares about them but there is nothing about Ivanka Trump that says that she cares about the American public.

Reports have come out recently showing that her merchandise for her product brand is made in China by workers who make half of the average pay for the area where those factories are. She’s paying half the wages that workers in other factories would make over there. Furthermore I guess the most important thing from that story is that she’s not using American labor either. The next time you see a story about Ivanka Trump tries to calm the president, Ivanka Trump did something moderately decent as a human being, don’t buy into it. She is every bit as ruthless and cruel as her father. She just does it with a smile.