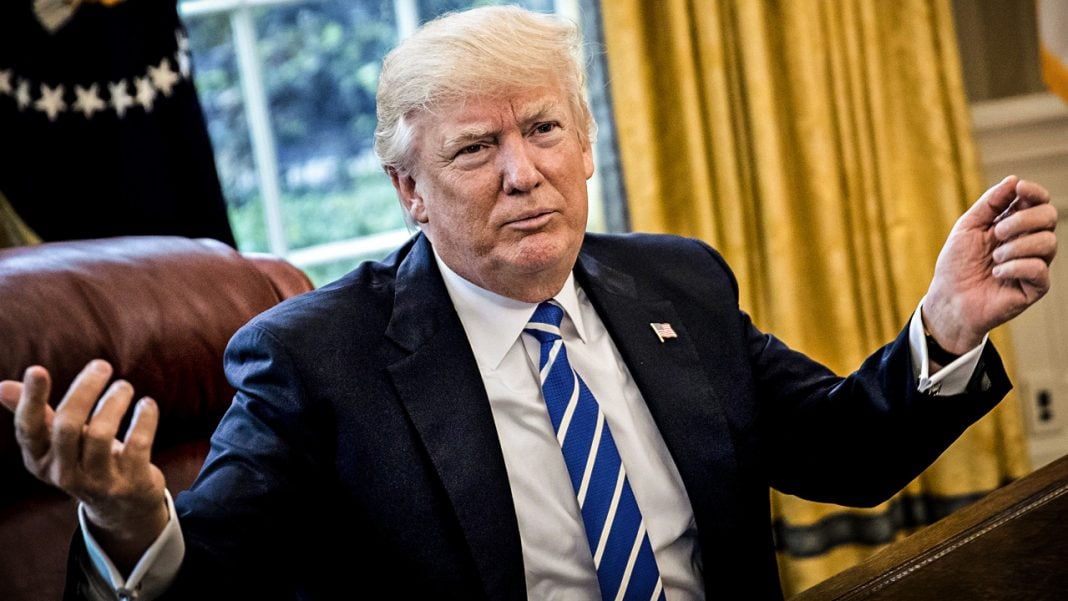 In an effort to free up his regular staff from having to deal with his constant scandals, reports say that Donald Trump is hiring lawyers and communications operatives for a new “war room” that will specifically handle media and relations concerning the Russia probe and all of its components.  How bad is a president when he needs to hire a separate staff just to handle his scandals? Ring of Fire’s Farron Cousins discusses this.

According to a new report in Vanity Fair Donald Trump is tired of having his communications team, Sean Spicer, Sarah Huckabee Sanders, Steve Bennett, he’s tired of having those people so wrapped up in having to go out and defend or explain away the constant scandals from his administration, so he’s actually creating a new war room specifically for crisis management. According to the report he has already hired some lawyers. He’s hiring communications operatives for the expressed purpose of one, dealing with the Trump Russia scandal that’s going on, but they’re also going to deal with any other little scandal that pops up, any horrible thing the president says or does, or any other information that comes out showing that Donald Trump was less than honest with the American public.

Trump’s goal here is to free up his regular communication’s team, the Spicers, the Kelly Anne Conways and the like, so that they can just deal with the day-to-day stuff. They can’t be bogged down with all of these scandals. Here is what is so crazy about this story. Donald Trump, one, he has hired lawyers to help deal with the scandals, which is a bad sign for the president. Two, he is embroiled in so many different scandals that he has to bring in a new team whose job it is to deal with them. This is crazy.

We have had some corrupt presidents in the history of the United States, we’ve had some incompetent ones, specifically between 2001 and January of 2009, but this is a level of incompetence and corruption that I have not seen during my lifetime. Donald Trump is so bad and commits so many possible crimes and is involved in so many shady dealings that he even understands I have to bring people in to diffuse these situations and to deal with them so that my staff can actually do their jobs. Is this okay? Is this acceptable to Americans?

The latest polls show that Donald Trump’s approval rating’s hovering around about 38%. He’s losing about 1% every week. Do those 38% that actually approve of him think that this is fine? They think it’s okay that he has so many problems he has to hire a separate team and make a separate war room just for them to handle these crisis and come up with messaging for him and for themselves and for the other communications members? I mean at some point Donald Trump’s approval rating is going to have to go into the single digits if this crap keeps up because a president who’s honest and forthright with the American public would not have to hire a team of lawyers and experienced communications experts to handle his many scandals if he didn’t think things were about to get much, much worse.