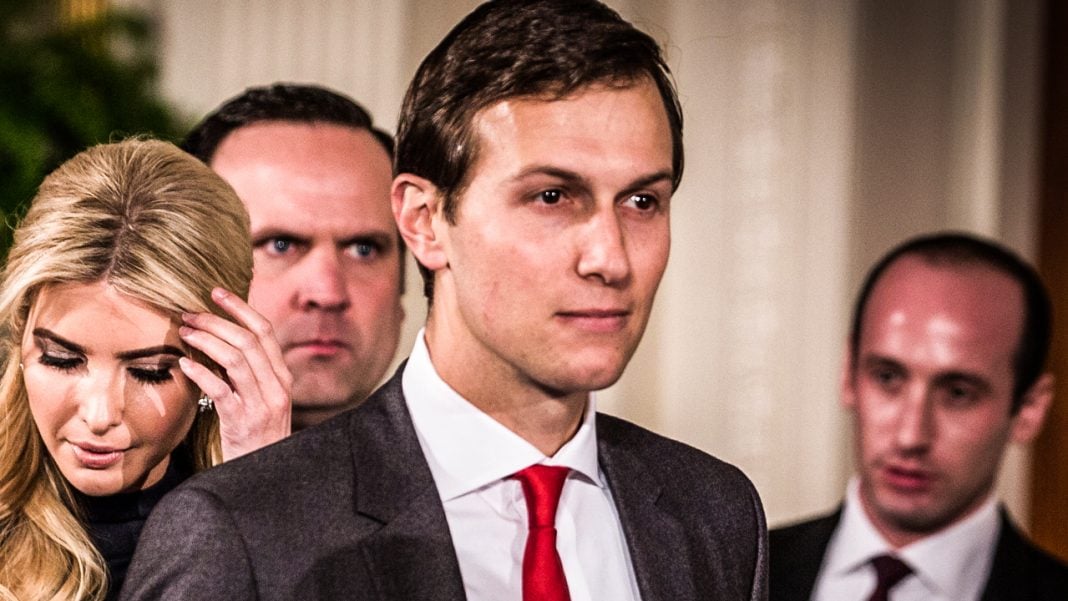 Jared Kushner, son-in-law to President Trump, has been named as a person of interest in the ongoing probe looking into possible collusion between the Trump campaign and Russian officials.  The news is getting worse by the day for the President, and now the probe is extending into his own family. Ring of Fire’s Farron Cousins discusses this.

The investigation into collusion between the Trump campaign, the Trump Administration, and Russia took an interesting turn this week when it was announced that Jared Kushner, the son-in-law to the president, advisor to the president, is now a person of interest who is being investigated for his connections to Russian officials.

Now, the reason for this is simple. During the campaign, Jared Kushner, as an advisor to the then-candidate Donald Trump, met with Russian officials and Russian bankers as well. Here’s the thing … not illegal to do that; not illegal by any stretch of the imagination unless they talked about ways to subvert the Hillary Clinton campaign, ways to subvert American democracy, and worked out any kind of deal or arrangement. At that point, it does become illegal.

So the big question is, what did Jared Kushner talk about during those talks? And that is what intelligence officials are now trying to find out. According to Kushner’s lawyer, he’s going to cooperate fully, which means the guy’s probably not going to cooperate whatsoever. We have seen very little cooperation from anybody who’s been named in this investigation … Jeff Sessions, Jared Kushner, we’ve got Michael Flynn, Paul Manafort, Carter Page … the list is getting bigger by the day. But the reason this Kushner story is so important is because he is a member, technically, of the Trump family.

If Kushner did something that he wasn’t supposed to do, it is unlikely, one, that the family didn’t know about it; and most likely, that the family encouraged him or advised him to do this. And by “family,” I mean Donald Trump. Kushner could be the missing link in this case between the rest of the campaign and Donald Trump, or at least Ivanka Trump, who would then tie it in to Donald Trump.

Now, I’m not trying to push any kind of conspiracy theory here. I’m not trying to start a war with Russia, even if everything turns out to be true. This is just what’s being reported and what we know so far. And again, like most other stories that involve this Trump-Russia collusion, we do not have enough evidence to make any kind of assertions at this point.

But what we do know is that tying in Jared Kushner, listing him has a person of interest, is very bad news for the White House. It’s bad news for Donald Trump. One White House aide told reporters that he knows that Jared Kushner is now “f-ed” at this point, so take that for what it’s worth. We still need more answers and, hopefully, we will get them from this ongoing investigation. Investigators are telling us that this probe is going much faster and deeper than they ever expected. Again, bad sign for the Trump administration.

But overall, having Kushner even remotely acting as someone or with people that he shouldn’t be interacting with is a bad, bad sign for Donald Trump himself and the outcome of this investigation.