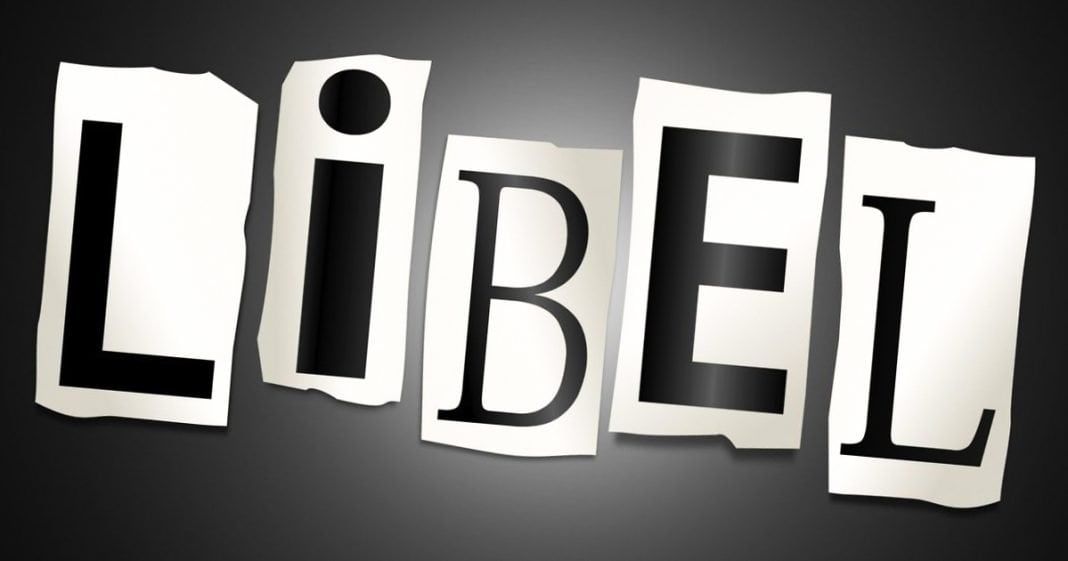 Via America’s Lawyer: Guest host, Farron Cousins, is joined by Mollye Barrows, legal journalist for the Trial Lawyer Magazine, to discuss the threats President Donald Trump has made to ‘open’ up U.S. libel laws.

Farron: Late last month, White House chief of staff Reince Priebus made a disturbing series of comments, suggesting that the Trump administration is looking at ways to open up libel laws.

Now, this is hardly the first time this has been suggested with Trump tweeting back in March quote, “The failing New York Times has disgraced the media world. Gotten me wrong for two solid years. Change libel laws?” But are these threats just hot air or is there a legal path to make it easier to go after media outlets for publishing unfavorable content.

Joining me now to discuss is Mollye Barrows legal journalist with The Trial Lawyer Magazine. Mollye, how seriously should journalists and media outlets be taking this threat from the Trump administration?

Mollye: Well, if history speaks for itself Trump doesn’t have much of a leg to stand on. He can certainly go after them with a lawsuit like he has done in the past, but when it comes to free speech that is solidly protected by the First Amendment. He’d have to have the courts change it, he’d have to have some ground swell of support to do that. It’s unlikely that he’s going to be able to impact the U.S. Constitution when it comes to actually making good on these threats of changing libel laws.

Farron: Well, considering that there aren’t even federal libel laws, how would the administration go about opening up libel laws as Trump put it in his tweet?

Mollye: Yes, that’s an interesting question because there really again, there isn’t much that he can do, he can … It makes you wonder how much he actually knows about libel laws, but he’d have to get the courts to change their interpretation of the First Amendment. Again, in order to put pressure on the courts you have to get some kind of public support to do that. That just doesn’t exist right now.

Also, when it comes to this particular interpretation of how libel works and slander as well, it’s pretty much agreed on both sides of the political aisle that this interpretation is the right one, so he doesn’t have the political support or the public support to try them affect the change in the public’s eye or in the courts.

Farron: We’ll talk about the 1964 Supreme Court decision that applies to libel cases involving government officials and how hard are these cases currently to win?

Mollye: Extremely hard to win but that didn’t used to be the case. In fact, that 1964 Supreme Court decision is one of the most important when it comes to free speech and the press in the country. Back in 1964, at that time libel law was used by public officials or politicians to go after the media for making comments or disparaging remarks that they didn’t like, and the standard was much lower as to how to support that.

A mistake couldn’t necessarily be used against them to say, ‘Hey, you’re slandering me, or you’re saying something that isn’t true or writing something that isn’t true.’ If it’s just they differentiated between a simple mistake and the intent. For somebody to prove a libel case or a slander case now, they’ve got to prove that the media knowingly willfully acted with malice to disparage them and that’s a much higher bar to raise.

So far it doesn’t look like that Trump’s got much of a leg to stand on. As we know he’s a pretty litigious guy. He’s got over more than 4000 lawsuits associated with him either as a plaintiff or a defendant. He’s only one, several of those have been defamation cases that he’s taken on brought against other media outlets and individuals but he’s only one, one and the outcome of that’s under dispute right now.

Farron: Right, well let’s hope Mollye for the sake of the constitution that he does not attempt to amend the first amendment. Mollye, thank you very much for joining me today.