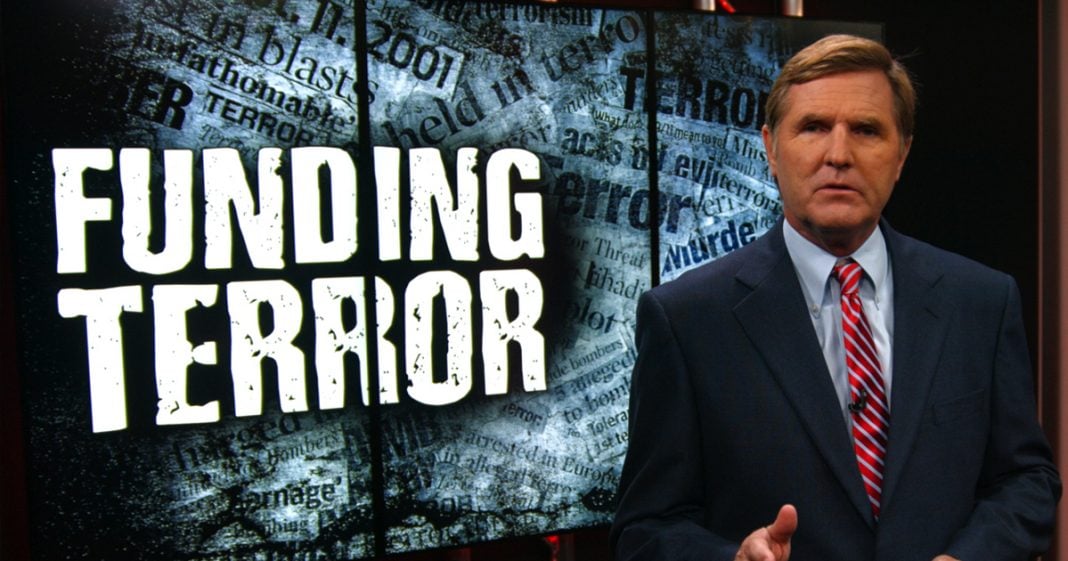 Following the terrorist attacks of September 11, the United States launched their War on Terror, where they hoped to wipe out the growing threat of global terrorism. But one thing they didn’t do was to go after the banks that were laundering money for terrorist organizations – money that was necessary to carry out attacks. So in place of government action, lawyers have taken the lead in taking on the banks and governments around the globe who are helping to launder money for these terrorist attacks. America’s Lawyer Mike Papantonio discusses this topic.

It has become clear that terrorism has become a business for some international banks. It costs money to launch terrorist attacks and the people who finance those terrorist attacks have to put their money somewhere. Lately attorneys have been able to successfully obtain criminal conspiracy charges against global banking giant Credit Suisse and several other international banks that have been implicated in laundering terrorism money.

In 2015, UBS AG paid millions of dollars to defend and settle what was characterized as violations of US terrorism sanctions. They thought it was a good idea to process hundreds of transactions worth millions of dollars for entities that had been placed on terrorism blacklists. They had been warned about the terrorism blacklisting but chose to ignore those warnings and take the money anyway.

In 2016, HSBC was sued for laundering money for cartel terrorists who murdered Americans. The case was initiated in Texas federal court and maintained that the London-based HSBC bank had provided a continuous and systematic support of laundering cartel terrorist money.

In 2012, Obama’s then-Attorney General Eric Holder fined HSBC almost $2 billion for engaging in cartel terrorists money-laundering. As you would expect with America’s Department of Justice no one went to jail.

US citizens can only sue a government that has been designated as a state sponsor of terrorism by the United States. That would include countries like Iran, Syria and North Korea among others. But now, with new legislation that is been pushed through Congress, citizens can now sue Saudi Arabia for the role in funding the 9/11 terrorism attacks. More importantly, they can sue the banks that washed any money that may have been used for that mass murder.

Terrorism cases against foreign governments have been hugely successful in the past. More than $10 billion has been recovered for victims. But now more than ever the focus is turning toward the banks that wash and distribute money to terrorists all over the globe who would be unable to pull off many of their terrorist activities without that washed money. More information is becoming available that shows the steps of money laundering through international banks. The key is to show where the money originated: which international banks participated in washing and legitimizing that money: what part of a terrorists entity received that money: and what individuals were killed and crippled in the use of that money.

A national confederation of some of the best trial lawyers in the country are now working together to sue countries, banks, and individuals who have been part of an international terrorism money washing scheme that has now been underway for almost a decade.