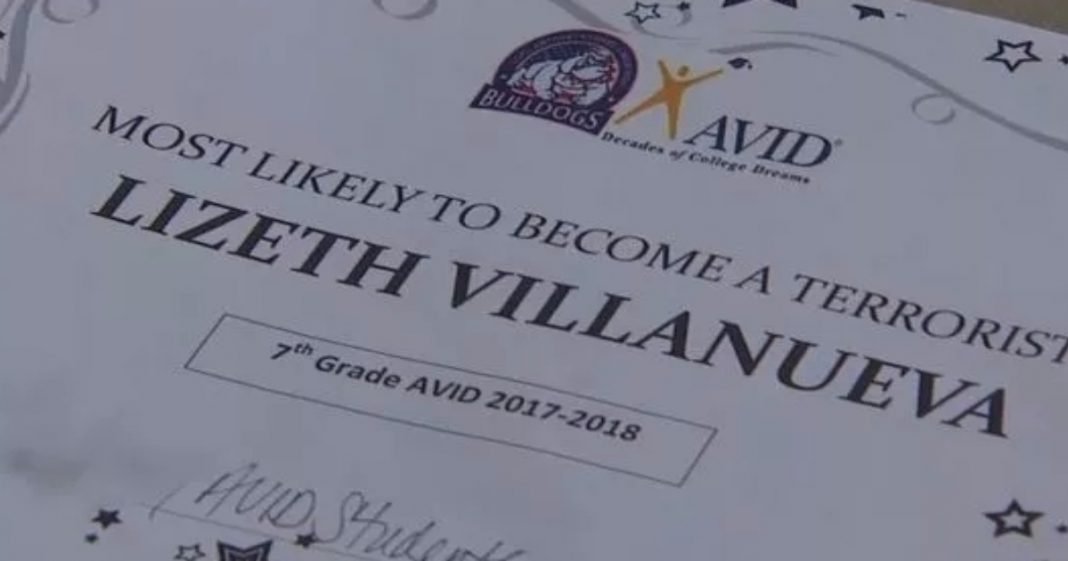 It may seem like a bad headline from satire site The Onion, but it is 100% true.

Earlier this week, a group of teachers in Texas gave a “most likely to become a terrorist” award to a Hispanic student, an alleged “joke” that went much too far.

The incident occurred just a day after a suicide bomber detonated a home-made bomb at an Ariana Grande concert in Manchester, England, killing 22.

The so-called “award” was given to 13-year-old Lizeth Villanueva, a 7th grader, by a group of teachers at Anthony Aguirre Junior High as part of an awards ceremony. The highly inappropriate and offensive “award” was given along with several other more reasonable accolades.

The young student took the award home to her mother who was appalled.

Villanueva said that her teacher knew some students would be offended, but said that it was “joke.”

“She said that some people might get offended, but she doesn’t really care about our feelings. She was laughing about it.”

Hernandez says that when she went to the school, she received an apology from Principal Eric Lathan, but says that she suspects the discipline for the event would stop there.

So far, the school has refused to publicly release the names of the teachers involved, saying that the issue is internal. A spokesperson with the school told USA Today that the teachers were being disciplined according to school policy.

Though the “award” would have been unacceptable at any time, the fact that it was handed out just a day after a terrorist attack was perpetrated against children and teens at a pop concert in another nation makes the decision to perform this “joke” that much more egregious.

Was there really no one in the planning committee for this mock award show who said “maybe this is a bad idea”? 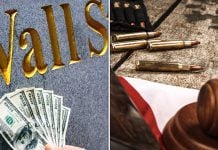