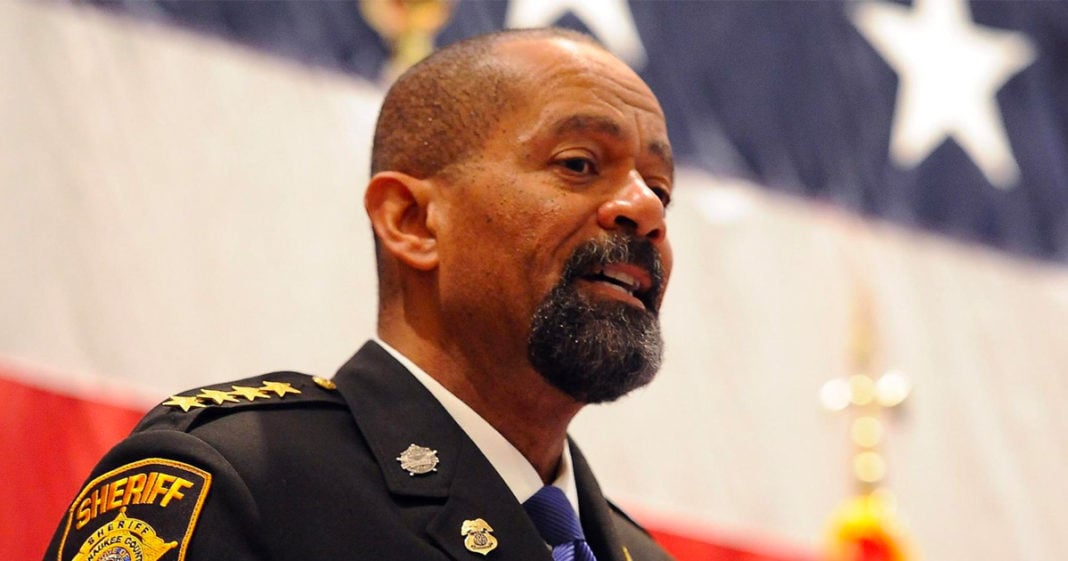 On January 15, Clarke elected to instigate a conflict with one of his fellow passengers by ordering one of his captains to detain and question a man he felt was staring at him too intently.

In response to the egregious overstep of power, Clarke’s victim Dan Black is suing the Sheriff, his deputies, and Milwaukee County for falsely detaining him.

According to Black, the conflict began when he asked Clarke if he was indeed Sheriff Clarke. Black says he wasn’t sure of Clarke’s identity because he wasn’t wearing his usual clothing. Clarke responded to the affirmative before asking Black if he had a problem. Black then responded in the negative.

This was all it took for Clarke to become suspicious and order his deputies to descend upon the airport where they detained and questioned Black. According to Clarke, Black shook his head in a “threatening manner,” which prompted him to contact his deputies to investigate.

“This was a gross and arbitrary abuse of power,” said Black’s attorney, William Sulton.

The text message Clarke sent to his deputy to instigate the conflict was made public through Black’s attorney. The message read:

“Just a field interview, no arrest unless he become an asshole with your guys. Question for him is why he said anything to me. Why didn’t he just keep his mouth shut? Follow him to baggage and out the door. You can escort me to carousel after I point him out.” 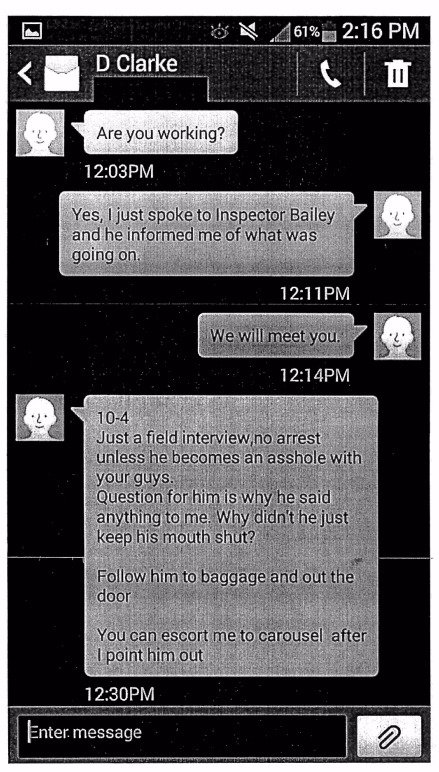 In response to Clarke’s baseless suspicion, Black was met at his gate by six officers as well as Sheriff Clarke. The group cuffed Black and escorted him to a waiting area where he was questioned about, among other things, his political beliefs. He was then escorted from the airport by two of the deputies.

County auditors have launched an investigation into Clarke’s conduct, but both Clarke and his officers have so far refused to cooperate. The lawsuit against Clarke launched by Black in February is still ongoing.