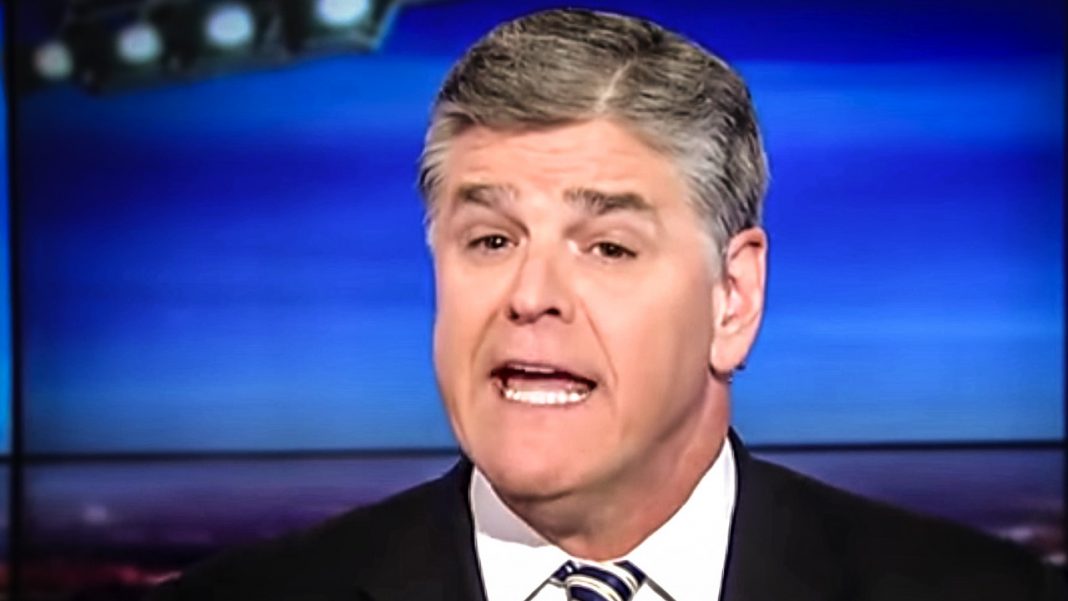 Following in the footsteps of his longtime colleague Bill O’Reilly, Sean Hannity is now experiencing an advertiser exodus after he continues to promote a conspiracy theory that his own network has not only retracted, but also publicly apologized for spreading.  Is this the beginning of the end of Hannity? Ring of Fire’s Farron Cousins discusses this.

Recently Fox News and FowNews.com were forced to retract and apologize for pushing the story that Seith Rich, the DNC staffer, was somehow murdered by people within the Democratic party. Sean Hannity was one of the main pushers of that particular story. After Fox News retracted it, Sean Hannity made a point to come out and say, “I am not Fox News. I am not FoxNews.com. I retract nothing.” He continues to push this debunked story about Seith Rich’s death, in spite of the wishes of the family. In spite of the lack of evidence. Yet, he still pushes it. In response to this, he has lost no fewer than seven major advertisers for his Fox News program, and that number is going to continue to grow.

Right now, Sean Hannity is experiencing the exact same thing that Bill O’Reilly experienced when his downfall began. It starts with one or two advertisers, then it builds to five. Before you know it, it’s 10 or 15 or in Bill O’Reilly’s case, more than 30. All it takes is an organization like Media Matters posting a list of Hannity’s advertisers on their site. Once that list was published, people began dropping off. Citizens, angered people in the United States started writing emails and making phone calls to these companies, saying how can you advertise on such a disgusting program that’s pushing half-truths and conspiracy theories and nonsense and hate? It’s not just about the Seith Rich story, it’s about everything Sean Hannity has done throughout his career.

That’s why these advertisers are fleeing his program and it’s not going to stop. It didn’t stop with Bill O’Reilly. I remember thinking during the Bill O’Reilly thing, there’s no way Fox News would fire their highest rated host, and I was wrong. At this point nobody at Fox News is safe. Nobody is above the law anymore at that network, and that is a good thing. The sooner we get Sean Hannity off the air, the better. The sooner we get rid of his disgusting brand of vile hatred towards any non-white citizen, the better. We need him to stop polluting public discourse, because that is what he does. He tells his viewers he to hate, why to hate them, and why they’re to blame for everything that’s wrong in your life. Don’t blame the Republicans. It’s always the Democrats. It’s always the black people. It’s always the immigrants, the Mexicans. We need the border wall. That’s all Sean Hannity knows. None of its true, but his audience believes it, and his advertisers up to this point were apparently fine with it.

If we continue this public backlash. If the emails continue going in to those advertisers. If the phone calls keep being made, we can get this man off the air. It won’t happen if people just sit by and assume someone else is going to make that call. You have to make it. You can make this happen and we can be rid of Sean Hannity and his Fox News brand of hate, once and for all.