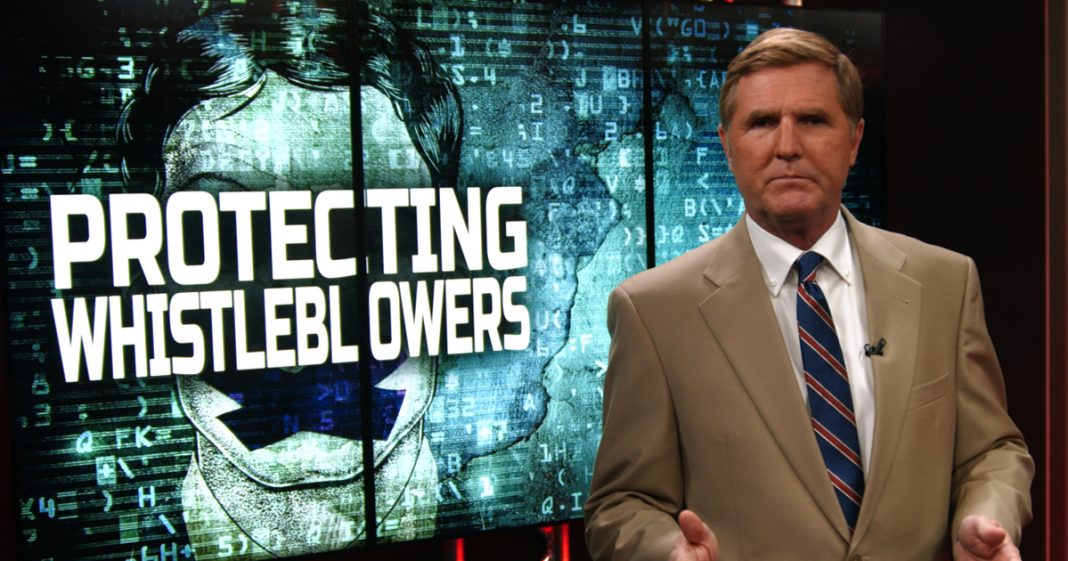 There’s no question that whistleblowers like Edward Snowden have helped to educate the public, but there are other types of whistleblowers who deserve our gratitude – and those are the people that are blowing the whistle on corporate fraud against the government. Each year, the Department of Justice recovers billions of dollars from corporations that have committed fraud against the government. America’s Lawyer Mike Papantonio talks about the people who have helped to expose the corruption of our own government.

Edward Snowden, Chelsea Manning, Daniel Ellsberg – those are the names that most people think of when they hear the term “whistleblower.” These names have been in the news for years as they helped uncover massive corruption within our own government. But there are other types of whistleblowers that deserve just as much recognition, and those are the people who help uncover the fraud and corruption of massive corporations that do business with the federal government and steal from the federal government. These whistleblowers receive far less attention in the media, but they are attacked just as viciously as people like Snowden and Manning.

America’s whistleblower story actually begins around the time of the Civil War. As the war began, contractors lined up to get lucrative government contracts to provide supplies for the troops – a trend that continues today. And just like they do in modern times, contractors in the 1860’s wanted to get as much money as possible while providing the lowest quality of service. The government soon began receiving sick horses and sick mules, shoes that were falling apart, food rations that were rotten, and rifles that wouldn’t fire. This is what their contractors were sending them after getting huge lucrative government contracts.

In response to the massive amount of corruption in that contract system, Congress passed in 1863 the False Claims Act that allowed the government to sue companies who failed to uphold their part of the deal when they receive federal contracts. But the law also included a Qui Tam provision, and this provision has proven to be one of the most powerful in that piece of legislation. This provision allowed employees at these companies to sue the company on behalf of the federal government if they discovered the company was trying to defraud the government and they get to keep part of what they recover. This Qui Tam provision is still in place today, and the results have been tremendous.

In 2015, the federal government was able to recoup more than $3.5 billion dollars from corporations across the country in cases brought under the False Claims Act, with more than 70% of that coming directly from Qui Tam cases we find that the people who bring the cases are able to keep a percentage of what they recover for the government. In 2016, that number rose to $4.7 billion dollars in recoveries from whistleblowers. Most of this money would have never been recovered had it not been for whistleblowers coming forward to expose the conduct of these corrupt corporations.

And that’s why we see corporate media attacking whistleblowers like Snowden and Manning – it isn’t because they think these people harmed our democracy; it’s because they want to discourage all forms of whistleblowing, especially when it could result in huge lawsuits against corporations where corporations have to pay back the federal government for the fraud. By attacking one kind of whistleblower relentlessly, they are hoping others will be too afraid to come forward when they find out that the corporation that they’re working for might be defrauding the federal government.