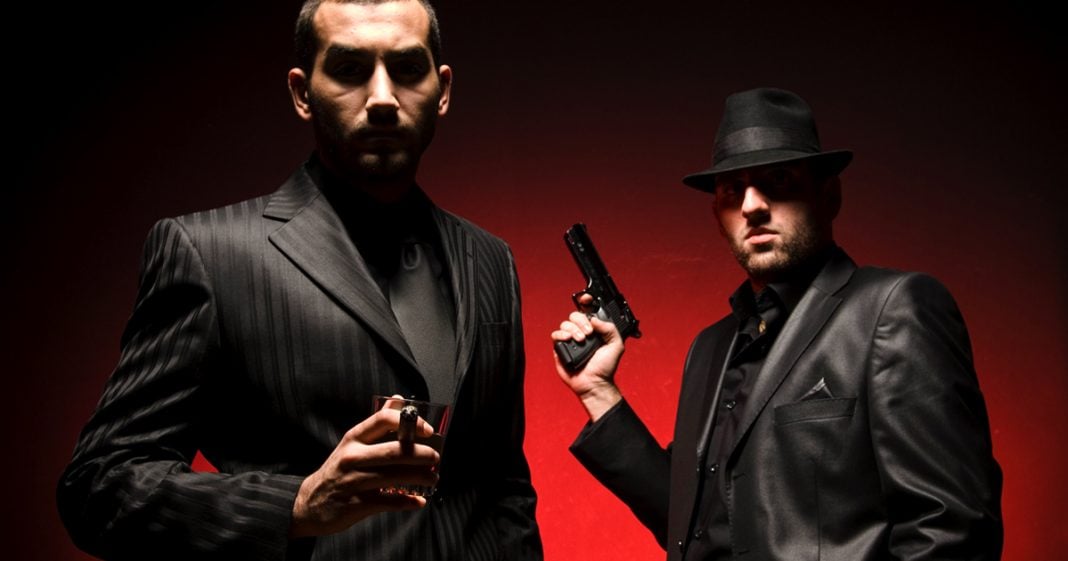 Via America’s Lawyer: Guest host, Farron Cousins, talks to author and historian, Christian Cipollini, about what led to the decline of the Italian-American mafia.

Farron: From the Godfather to Goodfellas, the mafia has been an enormous part of American pop culture since at least the prohibition era, but while films and books continue to evoke the mafia’s bygone era, the current influence of the Italian American mafia is rarely explored. The mafia was all but considered finished a little over a decade ago, but recent years have seen a perceived resurgence of mafia activity, resulting in the biggest mafia bust in US history of 127 suspected mob members in 2011, and the arrest of 46 organized crime members in a racketeering conspiracy in August of last year.

Joining me now to discuss whether or not the mafia’s making a comeback is Christian Cipollini, a historian and an author of the new book “Murder Inc, Mysteries of the Mob’s Most Deadly Hit Squad.” Christian, I’m wondering if you can start by explaining what factors have been most responsible for the decline of the mafia’s power in the US?

Christian: Well, Farron, first, thanks for having me on. It’s a pleasure and a lot of factors. I think to put it in the briefest concise way to understand this, like any other organization that’s on top, empirical, out of history, there’s always going to be a successor. You can’t stay on top forever. In the case of the American Italian ethnic mafia, time, generation, economics, there are things that just don’t exist anymore that the mafia excelled at, whether it be unions or gambling was generally legal, unions, don’t really need them.

Is there still racketeering opportunities? Of course, and the short answer is do they still exist, the mafia in America? Of course they do, and there will always be an existence, I think, of it. It’s just there are too many other, particularly economic, things that other organizations have become the top dog. For example, cartels, narcotics are … The Italians once ruled that and now they don’t. I think it’s a lot of ebb and flow in natural history, Farron.

Farron: What is the RICO Act and what role did that play in helping to crack down on organized crime in the United States?

Christian: Well, it’s a good question and for years prior to the RICO Act, which basically was created so that law enforcement wouldn’t have to focus on going after, for example, the guy that pulled the trigger. They wanted to go after the top of the hierarchy, the guy who told everyone to pull the trigger. In 1970 when that was enacted, even though it wasn’t used very much until late 70s, 1980s, the idea behind it was to get groups of people that are all in collusion and get the top dogs who, before that, were relatively immune. You look back at the first, the 20th century, the mob pretty much had politics in their pocket, there was no mob boss, not very often, that really faced a lot of scrutiny. RICO made law enforcement have a tool to go after even the top guy sitting in the metaphorical palace, if you will.

Again, what it does, you can not just have to have evidence on a guy who pulled the trigger. You can go all the way up to the people who call the shots. The effect it had, when they started using it late 70s, early 80s, 90s, really took a big hit to the mafia. Contrary to what some might think, it didn’t destroy the mafia. It took a big toll on all domestic organized crime groups, though, because it could be used so well. Still not a be all, end all.

Farron: Well, many mafia historians and experts have said that 9/11 was the catalyst for the mafia to regain some of their influence and power, so I’m wondering if you agree with that and if you do, why?

Christian: To an extent. A good question. What 9/11 did, sadly, to the nation was force law enforcement at every level to focus on terrorism, domestic or otherwise. That left a chasm, if you will, so not just the American Mafia, but pretty much every other opportunist criminal, group or individual, would likely take advantage of it. It’s hard to, when you’re comparing quality versus quantity of how much the mafia has improved since 9/11, I’m not sure anybody knows exactly, but did it help? Sure, there was a resurgence. I do believe that, I just don’t think it’s going to bring back the mob of the 1930s or 40s. There’s too much competition among criminals now. There really is, everybody tried to jump on that boat.

Farron: Do you think that the mafia’s ever going to see the likes of the larger than life, historical figures that you’ve written about such as Lucky Luciano or Al Capone?

Christian: I never say never, Farron, I’ve seen in this world truth is stranger than fiction for sure, and anything’s possible, but do I personally believe there’s going to be another Gotti, Luciano, Capone? No. It may happen, I think we’re probably more likely to see maybe another kind of Escobar type of person, or perhaps something from Europe. Again, not to get off in a tangent, but some of what the mafia and other groups try to adapt in modern times are the new rackets to get into and for example, in the eastern block countries it’s bank fraud or internet fraud. Everybody tries to get on board, it’s who’s going to end up top dog. I just don’t know that we’re going to see another member of the five families come out on top like we used to see. The entire underworld landscape’s so different now.

Farron: I do want to ask you one more question before we leave is why do you think, we’ve got about a minute left, that the pop culture has romanticized the mafia so much?

Christian: Of all the criminal groups, we’ll just say for some reason, the American mafia really did become ingrained in society, even around the world. It’s like living vicariously through that rebellion. Just used the analogy some people would really love to tell their boss what they really think of them, and do their own thing, not be constrained by parameters of society or religion or corporate America. I think people kind of live vicariously through that outlaw pop culture romance we have with it. That’s what I think.

Farron: Absolutely. Christian Cipollini, thank you very much for talking with us today.