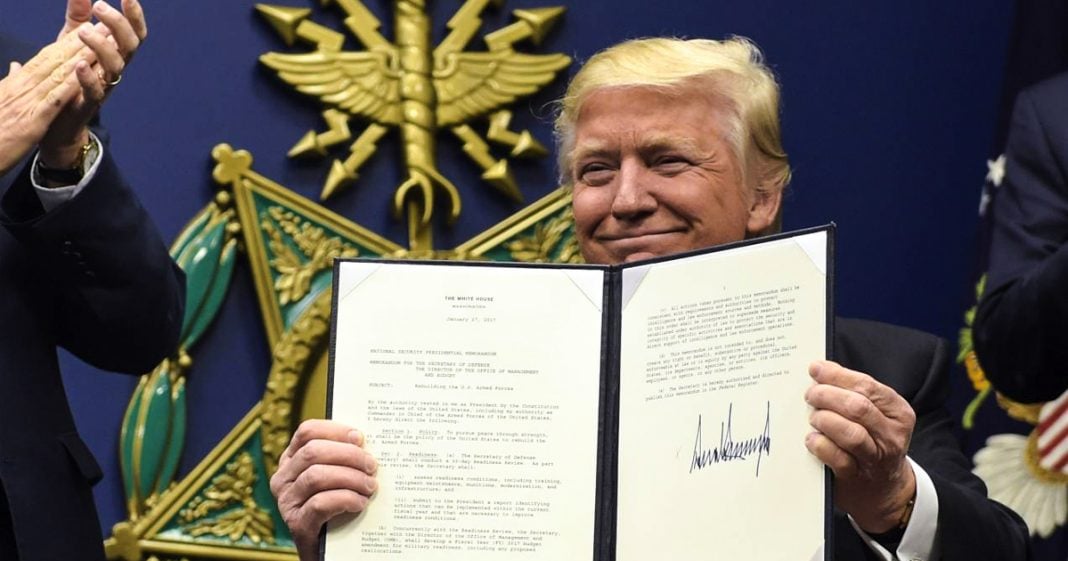 On Thursday afternoon, the U.S. Appeals Court’s 4th Circuit upheld the block on President Trump’s executive order travel ban, meaning that the controversial order is now headed to the Supreme Court for a final decision.

The 4th Circuit’s decision upholds previous rulings by lower courts, and indicates that the case will now be headed to the Supreme Court if the court elects to take the case.

In an opinion approximately 200 pages long, the 4th Circuit Court explained their decision on the case, noting that the powers of the presidency does not supersede the guarantees provided by the Constitution.

“Congress granted the President broad power to deny any aliens, but that power is not absolute. It cannot go unchecked when, as here, the President wields it through an executive edict that stands to cause irreparable harm to individuals across the nation.”

Since President Trump implemented his travel ban via executive order in January, federal courts have consistently blocked it on grounds of constitutionality. The first of such blocks occurred just hours after it was signed and was quickly followed by several other blocks across the country.

In response to the first set of bans, Trump rescinded the original order and replaced it with a more carefully worded ban which still barred travel from six majority-Muslim nations.

Trump and his administration claim that the ban is not religiously-based, but repeated comments and promises from Candidate Trump about barring all Muslims from entering the country serve as damning evidence against that claim.

President Trump has repeatedly criticized the federal courts for their decision regarding his travel ban, and it is likely that this decision from the 4th Circuit will be no exception.