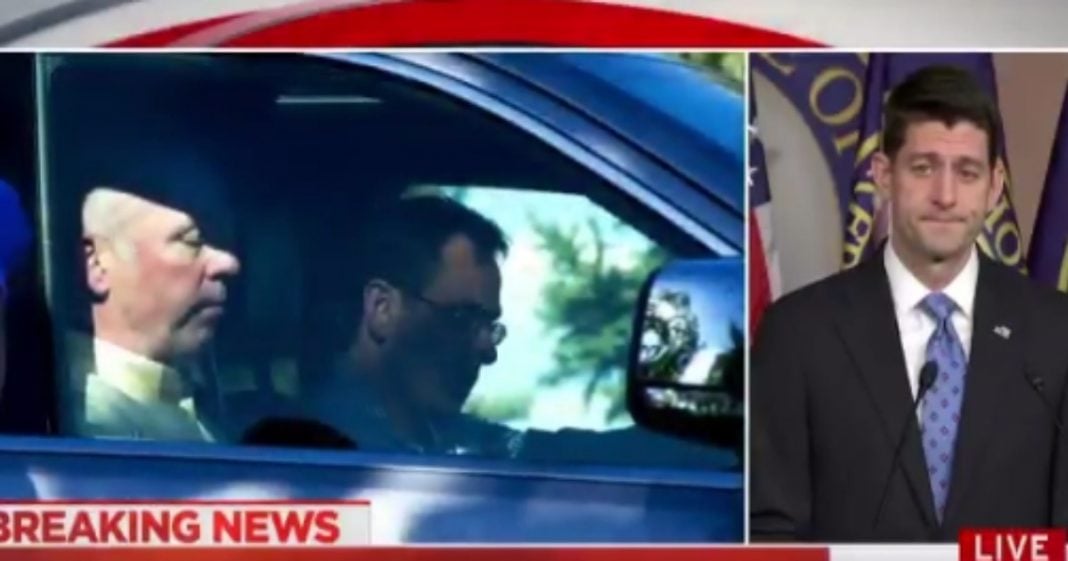 Speaker of the House Paul Ryan wouldn’t call for the resignation of Montana Congressional candidate Greg Gianforte despite the fact that Gianforte violently assaulted a Guardian reporter Wednesday evening.

Ryan answered questions from the press on Thursday regarding the scandal, saying that it is now up to the people of Montana whether or not Gianforte might be made a member of the House that Ryan leads.

Ryan made it clear that he does not approve of “physical altercations” in any form, but did not extend his condemnation to the aggressor Gianforte.

Though Ryan said he believes Gianforte should apologize for the altercation, he did not indicate in any way that Gianforte should be rejected or that he should refuse to accept the position if he is victorious in today’s election.

“Should the gentleman apologize? Yes, I think he was wrong and he should apologize. I know he has his own version and I’m sure he’s going to have more to say, but there’s no call for this.”

Ryan said it was up to the people of Montana to decide whether Gianforte should hold public office, neglecting to note that a great deal of early votes were cast in the election far before Gianforte’s massive mess-up.

Gianforte has been charged with misdemeanor assault for his attack against a Guardian reporter, but apparently, this doesn’t disqualify him from office for Ryan or any other spineless member of the GOP who has continued to offer nothing more than soft rebuke of the violent congressional candidate.

Apparently, in Trump’s America, even the most violent of actions, completely unwarranted do not call for condemnation from the GOP. After all, it isn’t a far leap to go from condoning sexual assault of women to violently beating male reporters.

Q: You have the choice whether he’s part of your conference.
RYAN: “The choice will be made by the people of Montana.” pic.twitter.com/MzpRznWq51