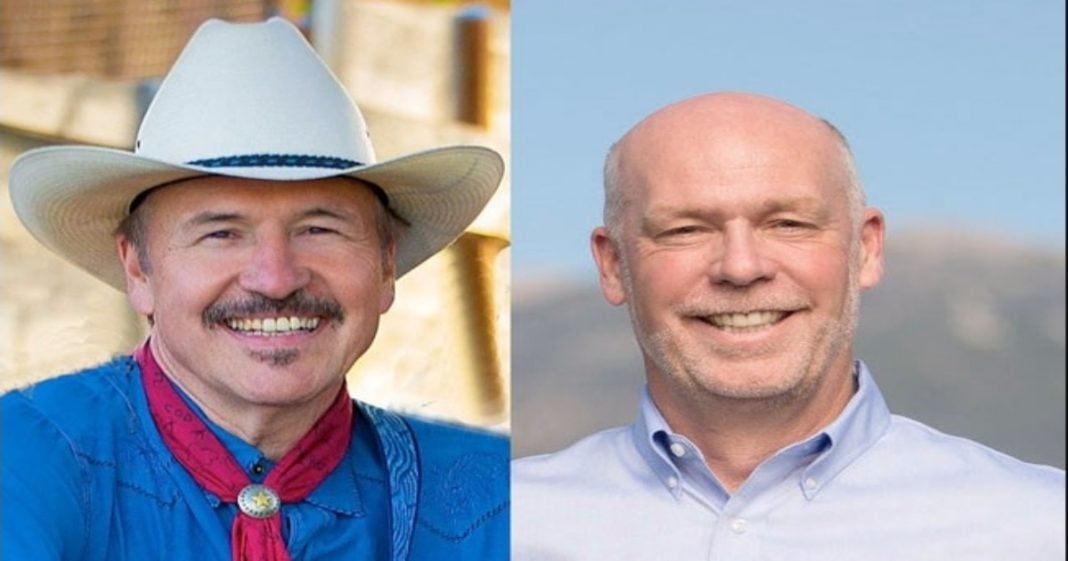 The race was so close to being over, but it appears that the pressures of an unexpectedly heavily competitive congressional race in Montana was too much for GOP Candidate Greg Gianforte who reportedly violently assaulted a reporter from the Guardian just a day before the election.

According to eyewitness testimony from several other reporters on the scene, including ones from Fox News, Guardian reporter Ben Jacobs was thrown violently to the ground, his glasses broken, after attempting to ask Gianforte where he stood on the healthcare bill now that the CBO report had been released.

Greg Gianforte just body slammed me and broke my glasses

Jacobs was using a recorder at the time of the event, and audio is available of the violent interaction. According to Jacobs’s account and the accounts of all others present (Gianforte’s cronies excluded), Jacobs was simply asking a question – an important question concerning immediately relevant information in the wake of the just-released CBO score.

You can listen to the audio of the clash here:

Gianforte told Jacobs that he didn’t want to answer the question, but when Jacobs persisted, the exchange turned violent. Immediately after the scuffle, Jacobs can be heard saying “you just bodyslammed me,” and “you broke my glasses.”

Jacobs called the police, but Gianforte was allowed to leave the scene with his entourage, having never held the political event that many had arrived and waited for.

Gianforte’s team released a statement of the incident, lying about the circumstances of the clash and blaming the entire thing on Jacobs position as a “liberal journalist.”

Police have charged Gianforte with assault, but Gianforte has not been taken into custody. As it turns out, Brian Gootkin, the sheriff investigating the assault, is a Gianforte donor.

Welp, now we can guess why Gianforte wasn’t immediately arrested: Brian Gootkin, sheriff investigating the assault, is a Gianforte donor.

In immediate response to the violent event which took place on Wednesday evening, those going door-to-door to campaign for Quist began playing the audio of the assault, turning Gianforte supporters at their front doors, hours before the polls opened.

Montana politico friend tells me that canvassers are now playing audio of the Gianforte assault on the doors. People changing votes. #mtal

Shockingly, some of the far-right have defended Gianforte’s violent actions, attempting to blame the “liberal media,” for aggressive tactics and pestering. To be clear, Ben Jacobs was doing his job, in the most appropriate way possible. To suggest that he in any way did anything to deserve violent assault is to attack human decency as well as the freedom of the press in one fell swoop.

If this were any time other than 2017, the Trump era, Gianforte would already have resigned and promised not to accept if he wins today’s election. Instead, he walks free and could still, somehow, become Montana’s newest Congressman.

If you live in Montana, please vote for non-violent Democrat Rob Quist. Even if you oppose his politics, at the very least, he is not a violent assaulter of innocent, law-abiding people.