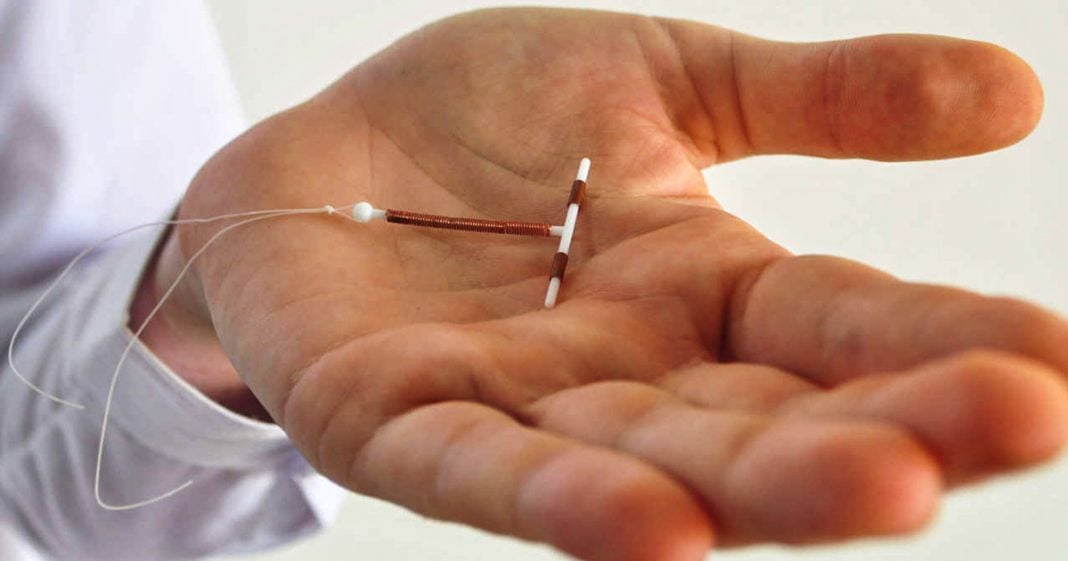 Via America’s Lawyer: Guest host, Farron Cousins, discusses numerous lawsuits that have been brought against Bayer’s Mirena IUD birth control device and speaks with attorney, Larry Jones about the details of these cases.

Farron: There are currently 61 million American women in their childbearing years ranging in age from 15 to 44. 62% of these women regularly use a contraceptive method, with 6.4% choosing to use an intra-uterine device or IUDs to prevent pregnancy. IUDs are small devices that are implanted into the uterus to prevent fertilized eggs from developing.

Over the last 15 years, IUDs have gone on to make up a larger and larger share of the birth control market and according to 2012 data; IUDs are the fourth most common form of birth control after condoms. IUDs have proven to be amazingly effective and convenient because they can be implanted once and will remain effective for many years without any interference. And as the market for IUDs began to grow in the early part of this century, pharmaceutical giant, Bayer, wanted to make sure that it could get a piece of the profits and introduced an IUD device in the year 2000 called Mirena.

Mirena is a chemical-coated, soft plastic IUD that proved to be a huge money-maker for Bayer. But part of the reason that this particular contraceptive was so profitable was because Bayer was deliberately over-stating the benefits of their device and not disclosing some of the rare, but dangerous side effects.

For example, in April of 2009, the FDA had to issue a warning letter to Bayer Healthcare because its website for Mirena made a number of claims that were simply untrue or unproven. Bayer was so busy making claims that the IUD was a perfect solution for busy moms and would increase women’s sex lives while making them “look and feel” great, that it forgot to mention the device is recommended for women who have had at least one child already.

The company also declined to state that the Mirena IUD increases the risk of ectopic pregnancies — when a fertilized egg attaches to an area other than the uterus — And that of the few women that become pregnant with the Mirena IUD — half of them have ectopic pregnancies. And they completely left out the fact that their Mirena IUD needed to be replaced every 5 years. Bayer also failed to tell women that there was a small risk that this particular IUD could either break apart or migrate after insertion, causing perforations in the uterus that would then lead to major medical emergencies.

The FDA might not have put it in these terms, but they strongly implied that Bayer was so desperate to make their sales pitch to women that they threw all of the warnings out in order to increase the sales of their alleged miracle contraceptive. But those weren’t the only problems associated with the Mirena IUD. The chemical coating on the IUD – a form of progestin – was released daily into a woman’s body while the device was implanted.

Later observational studies found out that this chemical, even after the device had been removed, had a small chance of leading to a form of hyper-masculinity in developed fetuses, resulting in improper development of the genitalia in unborn children. Further studies have also shown that Mirena increases the likelihood of breast cancer, decreased libido, ovarian cysts, and depression.

But again, this information was completely omitted by Bayer during their sales pitches. They saw that the IUD market was growing rapidly, and they wanted to make sure that Mirena was the name brand that women told their doctors they wanted.

Joining me now to discuss Mirena’s potential side effects is attorney, Larry Jones, who is handling cases for women injured by this device. Larry, tell us about some of the damages that this device has caused in women.

Larry: Well first let me say thanks, Farron, for having me on the show. I’m a big fan. You did a great job of covering lots of different injuries associated with this wonder product, as Bayer likes to claim that it is. Really you can characterize the injuries in two different categories. One is the device-related injuries and the other is the drug-related injuries. The device-related injuries, as you’ve mentioned, approximately 1,600 women have filed lawsuits in the southern district of New York in the federal court there because this device migrated and perforated their uterine wall all without a sufficient warning to these women, something that they should have known before they ever agreed to have the Mirena implanted in them.

The other category of injuries is what I call the drug-related injuries. That is… this is a T-shaped IUD that releases a very potent synthetic progestin, a manmade chemical into the body. It does so through a reservoir in the bottom of the IUD. Now why is that important, you may ask. Well this was something that if you go all the way back to when Bayer first put this on the market in the United States, they sold this product to these women’s doctors as a device that had a mostly local effect and released a tiny amount of hormone into their body, leading to low to no systemic hormonal adverse effects. That’s just not true. It wasn’t true in the pre-market studies. It’s not true today.

This is something that in my opinion has been the entire basis of their marketing campaign for the last 17 years or so. This marketing to women who are already hormone averse from their experience taking pills. This IUD, among the systemic effects, you’ve mentioned depression. You also have acne. There have even been studies that suggest that there’s a higher incidence of breast cancer. We’ve heard with other contraceptives arterial and venous thrombo events, such as DVT, pulmonary embolism, things of that nature. Stroke. These are all the kinds of injuries that you experience with the Mirena IUD that have not been disclosed throughout the years to women who are going to be using the product.

Farron: Well you know, you mentioned the marketing. Bayer got in trouble with the FDA back in 2009 because they didn’t disclose some of the potential side effects that we’ve discussed of this device. What did the FDA tell them back in 2009 when they had to send that warning letter over to Bayer Healthcare?

Larry: Well for some of your viewers, they may not know that the FDA requires what’s known as fair balance. Basically if you’re going to sell your product, you also have to fairly represent the risks of those products to the folks you’re trying to sell to. You mentioned some of the web paper click ads that Bayer was doing that FDA got on them about, but they were also doing things such as going out and basically having the equivalent of the old Avon parties, where they would get a bunch of women together, send a representative in to talk to these women over wine about how great Mirena was. Among the things that I believe I remember FDA getting on them about was they were making claims like, ‘This will lead to a more robust sex life,’ and things of that nature.

The FDA, to their credit in that instance, told them they need to knock it off and they needed to tell these women the risks associated with the drug. Those are the risks that they’ve disclosed to the FDA. Those are the things that are part of the warning label. One of the conditions that has been at my heart, something I’ve been working on for the last three years or so, is that this Mirena, this leave and adjust for releasing device causes a condition known as pseudotumor cerebri, which is pseudo meaning mimicking, cerebri meaning brain. Basically a condition that mimics a brain tumor.

Farron: This is all very interesting and it’s stuff that women who have had this IUD implanted in them, they need to know all of this.

Larry: Right, right. This condition, in all respects, it mimics a brain tumor. A lot of my clients, the first indication from their doctors is, ‘Ma’am, I’m sorry. You have a brain tumor.’ My clients go home. They’re thinking, ‘Oh my gosh. I’m going to end up dying.’ The way you rule out the brain tumor is you do imaging. There’s no tumor there. Then they test the cerebral spinal fluid levels. What they come to is this condition, PTC, also known as intercranial hypertension. What you have, Farron, is you have a buildup of cerebral spinal fluid on the brain. It causes these incredible migraine headaches, puts pressure on the optic nerves of the eyes and basically pushes the eyes out so that about eight to 10% of all women that end up with this condition experience partial to total blindness. Permanent. There’s no fix to that.

Larry: Without getting into the confidential documents, I can tell you that they have known about the association between this injury and levonorgestrel since the early 1990s, long before they put the product on the market. It’s criminal that they haven’t warned women that are using this device.

Farron: That is remarkable. They knew about these dangers in the early 90s. The year 2000 rolls around. They still get this thing approved by the FDA. Nine years later along this timeline, the FDA finally comes out and says, ‘Okay. Well listen, your website is a little misleading. You shouldn’t be doing some of these other things you’re doing. You need to stop that and let women know that it’s not completely safe.’ Bayer plays along. Now we have potentially thousands of women out there who have had this device implanted without knowing the dangers because Bayer decided they didn’t want to tell them.

Now once again, it’s a situation where this has to be taken up in court because it really is one of the last places for American citizens to really get any form of justice whatsoever when corporations, whether it’s Bayer, whether it’s Pfizer, whether it’s Merck, when these corporations cover up the dangers and release a product that they know is going to harm consumers without saying a word. Larry Jones, thank you for talking with us today. We appreciate everything that you’re doing.