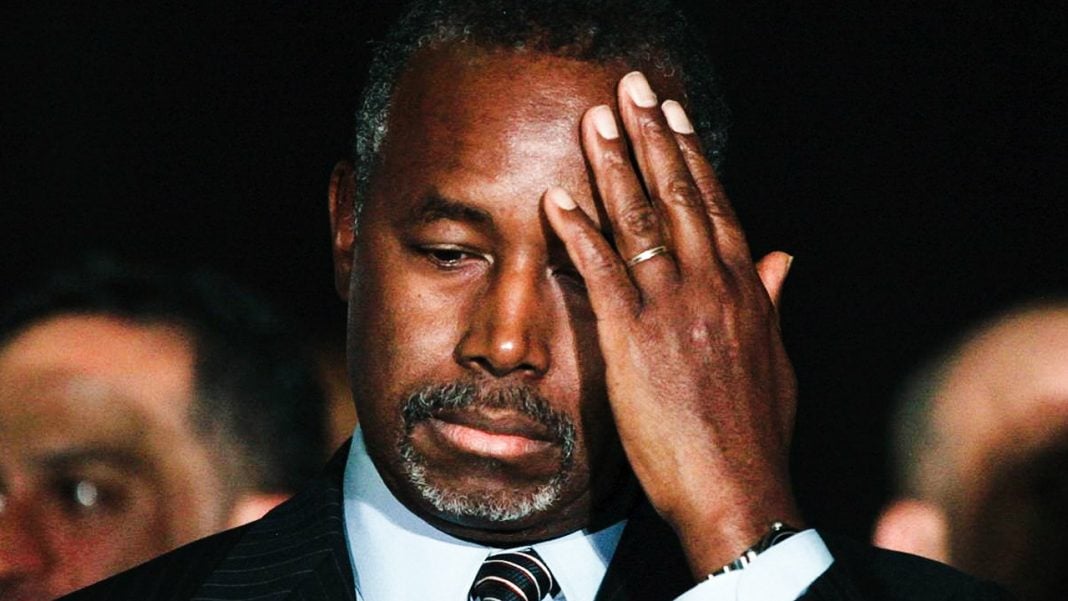 Ben Carson, failed presidential candidate and current Secretary of Housing and Urban Development, said in a recent interview that poverty is simply a state of mind for many Americans, as if they can somehow “think” their way out of crippling debt and the inability to provide for their families.  How did this man make it through medical school? Ring of Fire’s Farron Cousins discusses this.

It’s basically you gotta think your way out of poverty. You know, think happy thoughts, be positive, and then everything will be okay. Ben Carson bases this on his own life as a child who grew up in poverty and went on to allegedly become a doctor. I say allegedly, because I know Ben Carson went to medical school and he did some good surgeries, but for someone to be this incredibly stupid, to say that you can think your way out of poverty, I really have to question this mans credentials as a medical professional. He knows this isn’t true. He knows that you can’t just sit there and think happy thoughts and then suddenly jobs are going to become available, or that government assistance is going to increase and offer you some kind of job training to get you put into a new industry. Or, that it’s going to cure a mental illness that’s preventing you from getting a meaningful job, because that’s what’s happening out there Ben Carson, in case you haven’t been paying attention.

It’s not because people are thinking negative thoughts, or because they’re lazy, and I know that’s what republicans love to think. It’s because we have designed a system in this United States that once you get into poverty you’re damn near stuck for life, so is your family. Thinking positive and being happy and thinking that you’ll get out of it one day isn’t helping anyone. What would help them is if we came out with some kind of jobs training programs, or maybe increase the minimum wage in this country. Paid them living wages, paid them decent wages, stopped all the wage theft happening from corporations taking away peoples overtime pay and holiday pay, and giving them paid time off when they get sick and hell, providing them with better health insurance, which republicans refuse to do.

Those are things that could have a real impact on poverty in the United States, and you sit there as a multi-millionaire with a film based on your life starring Cuba Gooding Jr., and you tell us that we just need to think our way out of poverty? How dare you. How about you go say that to people living in poverty. Go sit down with them in their living rooms and explain to them why being a more positive person will get them out of that, and hear what they have to say. That’s my suggestion to you Ben Carson, and in the mean time again I question this mans mental capacities at this point. He has said a lot of things that make absolutely no sense and a lot of things that are completely insulting to millions of Americans. This one happens to fill both of those criteria.