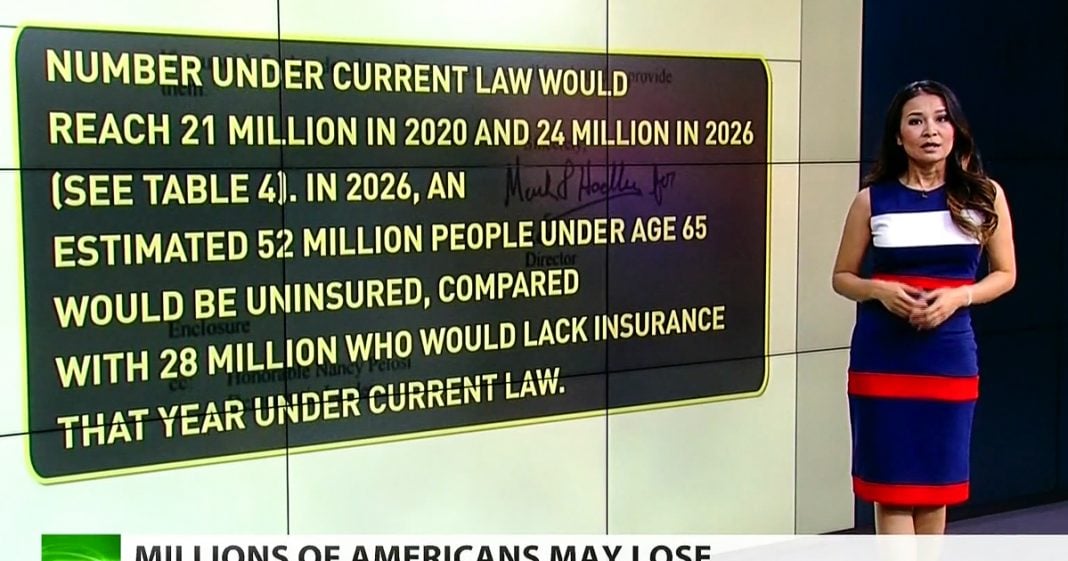 The nonpartisan Congressional Budget Office’s latest scoring of the House Republican replacement to Obamacare shows that by next year, 14 million people would lose health coverage, while a total 23 million would lose insurance within a decade. RT America’s Manila Chan has the details. Then, conservative commentator Heidi Harris and radio host Ben Kissel join ‘News With Ed’ to debate the bill.