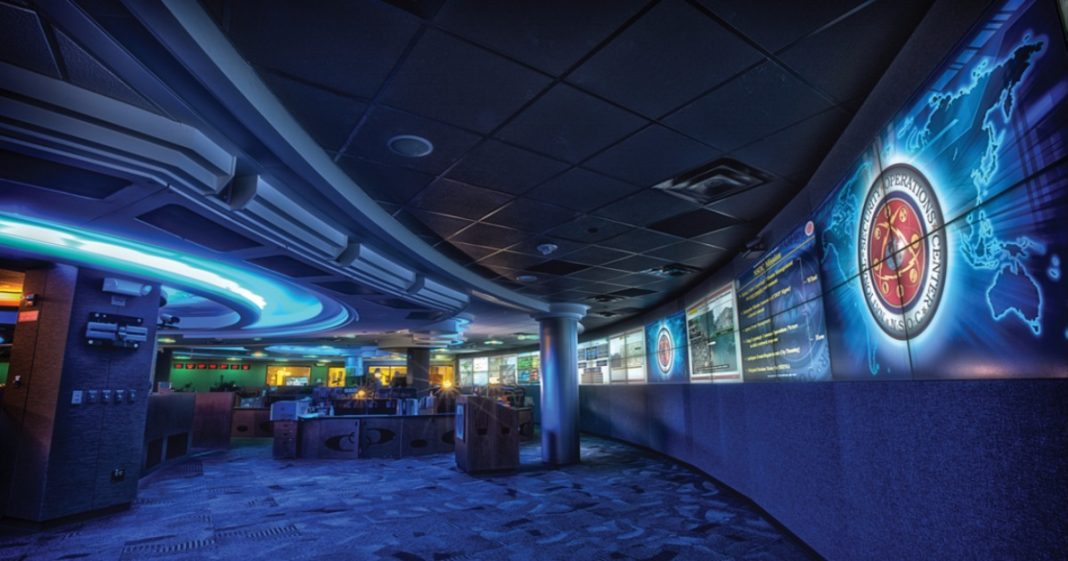 A lawsuit brought against the NSA over their internet surveillance can move forward, according to a ruling by a federal appeals court. Tuesday’s ruling said that Wikimedia’s (the parent company of Wikipedia) communications had likely been subject to NSA spying, thus they have legal standing to bring a suit against the spy agency.

The suit alleges that the National Security Agency’s “Upstream” data collection violates both the First and Fourth Amendments. Upstream collection refers to the NSA’s practice of intercepting internet and phone communications at major international hubs, as well as via arrangements through internet providers like AT&T. The NSA does all of this without a warrant or even without suspicion of a crime. Wikimedia argues the practice chills free speech and could prevent Wikimedia users from communicating out of fear of spying.

A lower court had ruled that Wikimedia did not have the legal standing to bring the suit because it could not prove that they had been spied on. However, the 4th US Circuit Court of Appeals in Virginia ruled that because Wikipedia’s vast amount of traffic (it is the 5th most visited site in the world), it is likely that the NSA had seized their communications at some point.

Upstream spying was authorized under Section 702 of the Foreign Intelligence Surveillance Act. Section 702 is set to expire at the end of the year, but President Trump has already asked Congress to renew the measure.

Section 702 was authorized by the Obama administration in 2011 and revealed in leaked top-secret documents by Edward Snowden. Those documents reveal that the NSA had permission to search bulk data using identifiers of US persons, such as name, telephone number, email address, or IP address.

Last month, it was revealed that the NSA admitted that over five-percent of searches of Upstream data violated privacy protections that were announced by the Obama administration in 2011. It was also found that the NSA had been lying about how often they had conducted unauthorized searches. These admissions came in late October 2016 in front of the Foreign Intelligence Surveillance Court, according to documents reported on by Circa:

“Since 2011, NSA’s minimization procedure have prohibited use of U.S.-person identifiers to query the results of upstream Internet collections under Section 702. The Oct. 26, 2016 notice informed the court that NSA analysts had been conducting such queries inviolation of that prohibition, with much greater frequency than had been previously disclosed to the Court.”

The NSA’s warrantless spying had previously been challenged in court, before the Supreme Court ruled 5-4 in 2013 that the case against the government could not be proven. However, it was Snowden’s leaks that have allowed new lawsuits to be brought against the NSA.

“Our government shouldn’t be searching the private communications of innocent people in bulk, examining the contents of Americans’ emails and chats day in and day out. This mass surveillance threatens the foundations of a free internet.”

Last month, the NSA announced that they were rolling back some of their collection activities under Section 702. However, they were sure to let Americans know that it will cost them valuable intelligence:

Even though NSA does not have the ability at this time to stop collecting “about” information without losing some other important data, the Agency will stop the practice to reduce the chance that it would acquire communications of U.S. persons or others who are not in direct contact with a foreign intelligence target.

The truth changed everything. https://t.co/j4Mir6GoYA

However, the Section 702 program still draws sharp criticism from watchdog groups. Human Rights Watch details that there is no oversight for the warrantless spying:

There are few checks on the executive branch’s power in this area. For example, although FISA requires the government to notify criminal defendants if it intends to use any Section 702-derived evidence in proceedings against them, it has provided such notification in only a handful of cases to date. This raises concerns that the government may be preventing other defendants from learning that they were warrantlessly surveilled—thus helping to shield Section 702 from constitutional challenges.

Moving forward, Wikimedia still has an uphill battle to win their suit over the government. However, the victory in the appeals court is an important step against the government’s unconstitutional runaway warrantless spying. There is zero accountability for the nation’s spy agencies, as we’ve seen in the CIA’s Vault 7 leaks. At least a court is finally placing a bump in the road for the steam-rolling spook industry.