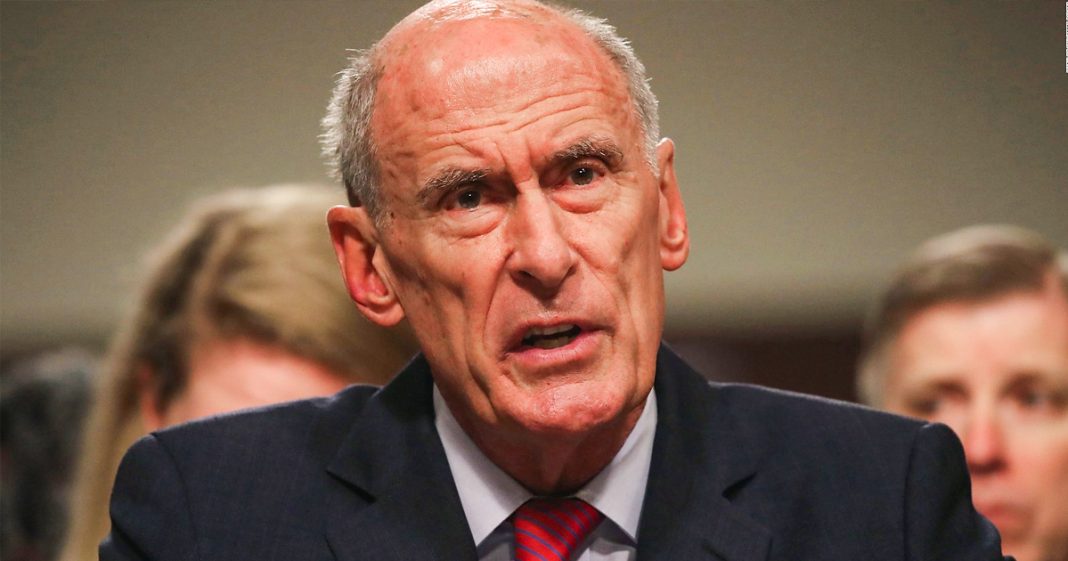 In this Majority Report clip, we watch Trump’s Director of National Intelligence Daniel Coats testify at a congressional hearing. Sen. John McCain (R-Ariz.) asks Coats if Donald Trump asked him to publicly deny evidence of collusion during the 2016 presidential election. He doesn’t say “no,” which is the obvious answer, if the answer is no. He gives a roundabout answer about the inappropriate nature of discussing anything he’s discussed with Trump.