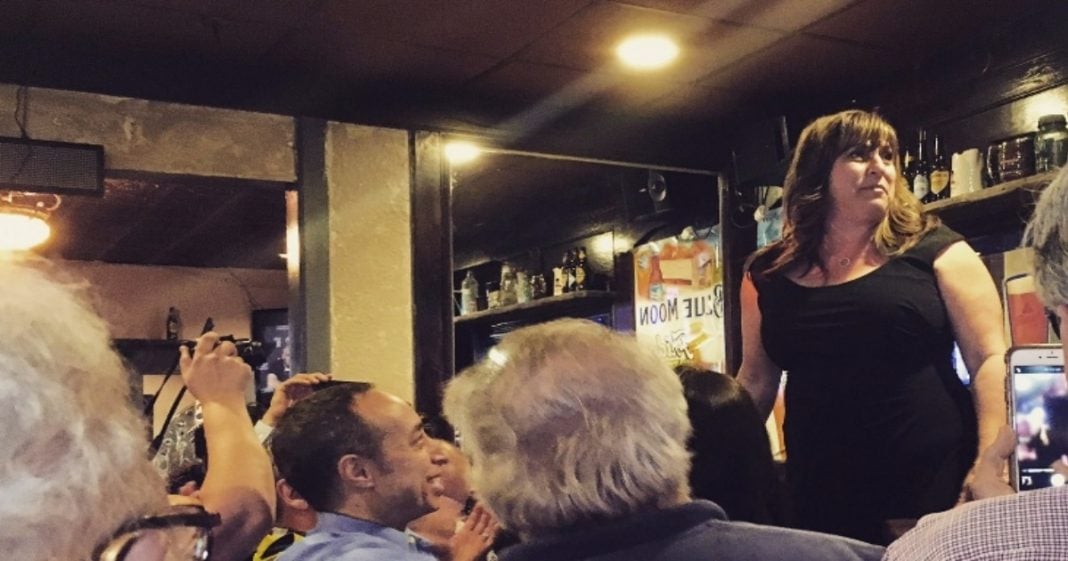 Amid the slow trickle of Democrat opposition in small races across the country, progressives experienced a watershed moment on Tuesday evening with the upset win by Democrat Christine Pellegrino for a deeply red New York Assembly seat.

The 9th Assembly District’s special election is one in a long string of races that have seen traditional Republican candidates pitted against unexpectedly strong Democratic opponents. Bolstered by anti-Trump money, passionate organizers, and desperate voters, each has seemed to represent far more that the small, local race they actually are.

In the case of Pellegrino, the advocacy and passion directed at the Trump administration paid off in a real way.

The new Assemblywoman’s victory is made all the more substantial when it is noted that Donald Trump won the district she now represents handily during the 2016 election. In November, Trump led the 9th district 60 to 37. In May, Pellegrino swung the district by 39 votes. Stunning.

Though the majority of Trump’s support appears intact based on polling and one-on-one interviewing, Pellegrino’s success may be a sign that the pro-Trump crowd is shrinking.

Pellegrino fits the bill of a respectable progressive, having even served as a DNC delegate for Senator Sanders during the Democratic primary. Pellegrino is a 48-year-old school teacher from West Islip who is most known for her support for the Common Core “opt out” movement.

The bulk of Pellegrino’s monetary support came from the teacher’s union which backed Pellegrino’s educator background as well as her common-sense approach to education.

Many are hoping that Pellegrino’s success will be mirrored in two important races upcoming in both Georgia and Montana. If they can, it will be a demonstrable sign that the anti-Trump movement has credence, and that, in 2018, Democrats may regain some of what they’ve lost.