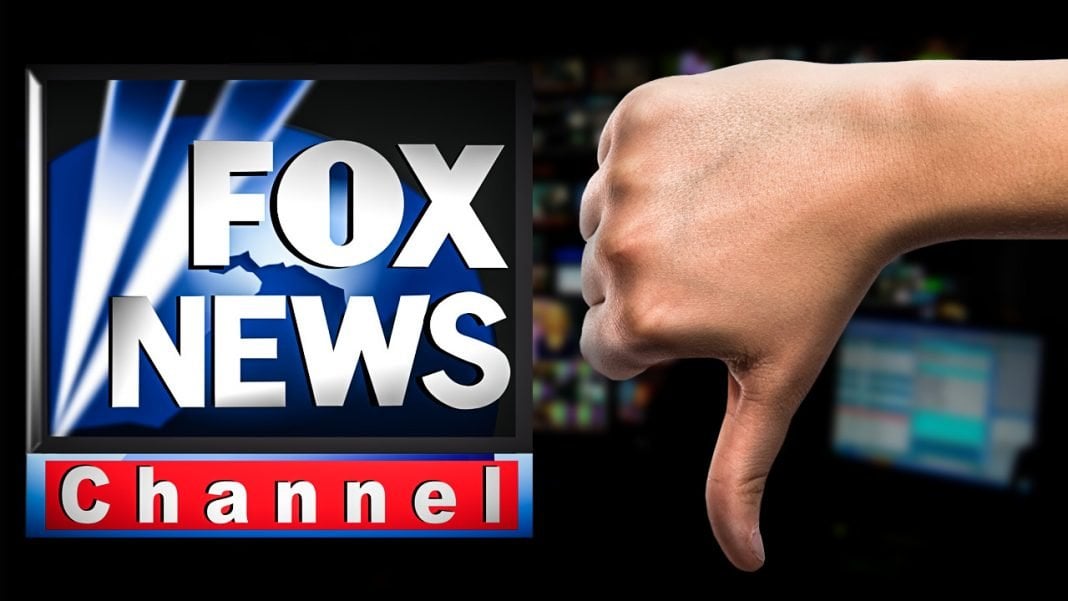 As CNN and MCNBC see their ratings soar, Fox News has experienced their lowest ratings in 17 years.  Experts say that it has everything to do with the fact that the network refuses to cover the Trump scandals, compounded with the fact that the disgusting behind the scenes actions of the network have been exposed through lawsuits. Ring of Fire’s Farron Cousins discusses this.

If you had any doubt left in you that Fox News actually was dying off, take a look at recent reports showing that the network is suffering from its lowest ratings in that key 25 to 54 year old demographic in 17 years. Not since before the terrorist attacks of 911 has Fox News seen such horrible ratings. According to analysts there’s actually several reasons for this. One of them, the most obvious reason Fox News is suffering right now, is because they’re having a crisis of image. Everyone in this country now has access to all of the horrible things that have one on behind the scenes at Fox News, that’s all public knowledge now, it’s public record filed in the lawsuits against Fox News personality and management.

We know that they have engaged, according to these court documents, according to what these document allege, that they in engaged in sexual harassment, racial discrimination, and in many cases just down right intimidation and other forms of bullying and harassment. That’s what Fox News is all about behind the scenes, and the American public is well aware of that now.

Bill O’Reilly got fired because of this. Sean Hannity was on the verge of being fired, by pushing this Seth Rich murder story, that even Fox News had to come out and apologize for, saying “Yeah, what Sean Hannity’s been saying, what this network has been saying, is not true at all.” But that’s just part of Fox News’s ratings problem, their big problem is that they aren’t covering the scandals of the Trump administration, and when they do, they try to whitewash over them.

They try to point out other things like, “Yeah, but Hillary. Yeah, but Obama.” They’re just trying to redirect and misdirect their audience to focus on something that’s, in most cases not even real. Anytime they talk about the Russia connection between Trump and Russia, they would say, “Yeah, but Hillary tried to …” That doesn’t matter. Hillary Clinton was Secretary of State, it was part of her job, during that time, to meet with these people, to help make deals with these people for the American public. Hillary Clinton, according to all of the investigations that have taken place, didn’t do anything illegal, Donald Trump on the other hand well, we’ve got to wait and see what the results of those investigations tell us.

Tucker Carlson’s been saying, “Look, what you see might not always be accurate.” When it comes to reporting on the scandals of the Trump administration. He’s not talking about from his network, he’s talking about from all the other networks, that are actually seeing a huge boost in their ratings. MSNBC, CNN, all of them the networks that are actually covering the scandals of the Trump administration, are seeing an increase in their ratings. People tune in every day to find out what horrible, crazy, stupid thing Donald Trump has said that day, or what new scandal has emerged, or whose come forth with more evidence implicating Donald Trump or a member of his staff into these probes.

Fox News doesn’t want to accept reality, they never have. That’s why they were so successful during the Obama years. They could go on there, bring on guests like Sarah Palin or Michele Bachmann, who’d talk about things like death panels from the Affordable Care Act, and their audience believed it, but now that you have a Republican in the White House, a Republican House, a Republican Senate, a Republican Supreme Court, there’s not much left to hate for the folks at Fox News, so they have to make things up about the President, and whitewash all of the horrible things that are happening within his administration, and their audience, at this point, isn’t thrilled by it. They’re not buying into it.

Yeah you still have the hard core Fox News-ers who are going to continue to tune in, but your average news consumer, if they weren’t turned off by the constant scandals at the network itself, they’re certainly turned off by the fact that Fox News refuses to accept reality and admit that Donald Trump, probably not that good of a President.