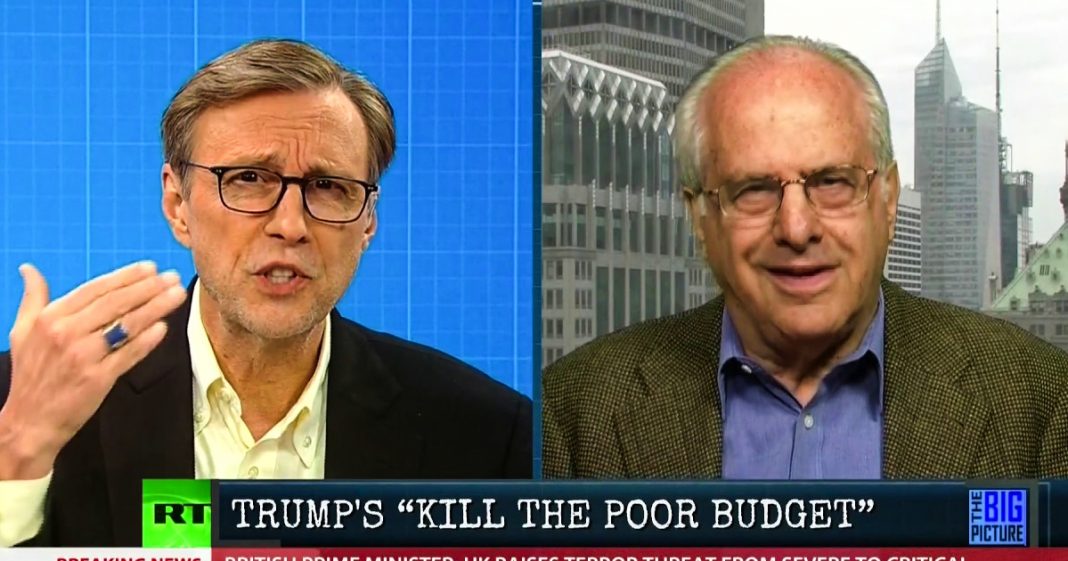 Economist Dr. Richard Wolff, Capitalism’s Crisis Deepens Essays on the Global Economic Meltdown/Democracy At Work. Earlier today – the White House officially sent its 2018 budget plan to Congress. It has a patriotic-sounding name – but the so-called “New Foundation for American Greatness” is really just an all-out assault on poor and working Americans. If the President gets his way – billions will be cut from vital programs – including Medicaid – which candidate Trump promised never to cut. “Cruel” doesn’t even begin to describe this budget plan.